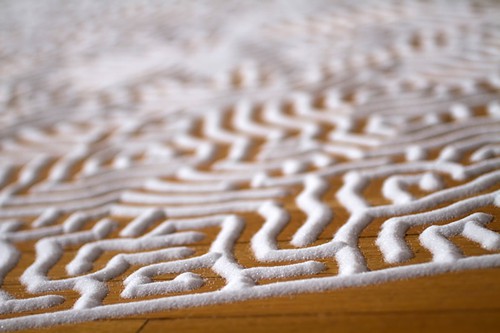 The Halsey Institute of Contemporary Art is $10,000 richer, thanks to the National Endowment for the Arts. The organization’s Challenge America Fast-Track program awards grants to small and mid-sized arts organizations around the country, particularly places that bring the arts to underserved audiences. The Halsey is one of 162 winners in 46 states.

The grant will support a two-week residency and exhibition by Japanese artist Motoi Yamamoto, who’ll be visiting as part of the 2012 Spoleto Festival in May. Yamamoto’s project, Return to the Sea: Saltworks, will be a large-scale installation made out of salt. There will also be works on paper and an artist documentary created by the Halsey. The artist will participate in workshops, demonstrations, and artist talks that will be open to the public.

Galileo created the first telescope in the 17th century, and now, 400 years later, we’ve got Google Moon, an application that allows users to get a live satellite view of the lunar surface. In 2009, scientists found water on the moon, and College of Charleston Professor Cassandra Runyon was one of the lead scientists in the discovery. The following spring, she received a NASA grant to mount a moon exhibition, and she asked Halsey director Mark Sloan to curate. The result is the Halsey’s large-scale exhibition, From the Moon: Mapping & Exploration, which offers viewers a comprehensive examination of our relationship with our “sister sphere.”

If Tanja Softic and Hamid Rahmanian have one thing in common other than their immigration to the United States, it’s their belief that everyone can relate to the experience of an immigrant.

Softic came to the U.S. from the former nation of Yugoslavia more than 20 years ago, while Rahmanian arrived from Iran in 1995. Today, they are both artists exploring that journey through their work. Their pieces come together at the Halsey Institute of Contemporary Art this week.

Artists Steve Johnson and Bob Ray check in at the Halsey

Inspiration can come from any number of sources, but for Bob Ray and Steve Johnson, the unexpected often provides the most interesting fodder, whether it’s a rat caught in a cage or a homeless man in Chinatown. In the Halsey’s most recent pair of exhibitions, the artists will reveal the roots of their influence.

Take a moody walk through old Italy. Paolo Ventura digs back into childhood dreamtime by building miniature sets of small Italian towns and making large photos of them. The result is a lush and contemplative body of work that may inspire you.

Instagram inspiration. Many of the sets he spent weeks building will be on display. You can’t touch them, but you can take a few shots with your phone. Your FB friends will be impressed that you got so arty since you usually post pics of your dog.

Explore the unreal. Ventura brings a pragmatic outlook to his art. “People started as real, as a witness, of something out in the world,” Ventura says. “What you see now is more people in our field using photography that they all manipulate. Nothing is real, more or less.”

The visual arts scene heats up during Spoleto 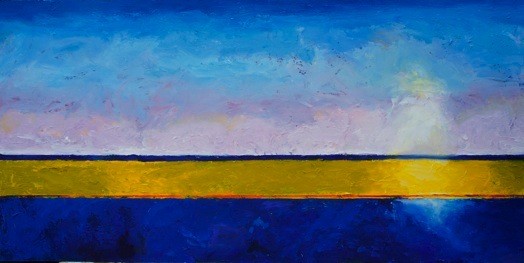 Don’t be boring. That’s what Spoleto Festival founder Gian Carlo Menotti demanded of his staff. And for 35 years, the festival has responded to that challenge with innovative theater, music, dance, and visual art, usually in that order. As traditional festival underdogs, the visual arts offerings seem to fluctuate each year. Some are stronger than others, and festival-goers will remember Nigel Redden’s 1991 site-specific Places with a Past; that season was particularly strong for visual arts at Spoleto. This year, a few local galleries (some official, some not) have succeeded in taking Menotti’s mantra to heart.

This year’s dual exhibition at the Halsey Institute of Contemporary Art, Winter Stories and Kcymaerxthaere, has blurred the lines between fact and fiction, transporting viewers to imaginary worlds. Halsey Director Mark Sloan consistently brings innovative exhibitions to the Lowcountry, encouraging venues like the City Gallery and Redux to follow suit. Under the Radar at the City Gallery has attempted to combat boredom by offering eight emerging artists in a variety of styles from glittery mylar murals to mixed-media photographs with pieces of lace and butterfly wings. The collaborative efforts of judging, curating, and assembling this group of relatively unknown artists deserves kudos, even if it paled in comparison to last year’s exhibit, Influence.

Some artists fly higher than others in ‘Under the Radar’

An eclectic crowd filled into the City Gallery Thursday night for the opening of Contemporary Charleston: Under the Radar. The exhibition showcases the talents of eight up-and-coming local artists offering a range of different but complementary works. The work of so many artists in one space could overwhelm, but City Gallery has managed to present it in a way that is seamless and balanced. 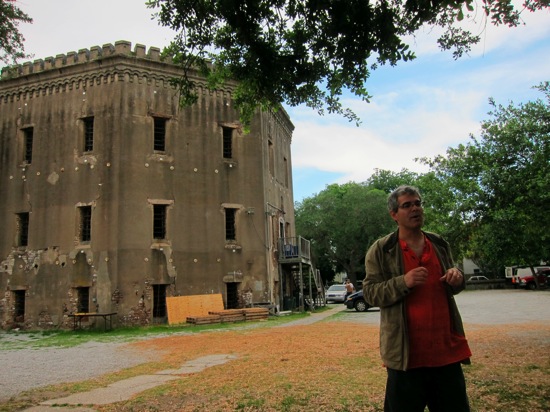 On Saturday afternoon, Eames Demetrios hosted a casual lecture about his project Kcymaerxthaere at the Old City Jail. A curious crowd gathered under the oak trees hoping to glean some insight into the artist’s fictional alternative universe and see the unveiling of his latest plaque. I can’t say I feel much more knowledgeable about the project after hearing Demetrios speak, but I do know how to pronounce it now: Ki-mer-ix-theer.

Kcymaerxthaere and Winter Stories take visitors on an adventure

A mythical character is blown into obliteration in the Charleston Harbor while visionaries hide out on the grounds of the Old City Jail in Eames Demetrios’ parallel world, Kcymaerxthaere. Meanwhile, across the Halsey gallery, circus performers breathe fire, walk the tightrope, and swallow swords in Paolo Ventura’s fantastical Winter Stories. The opposite of reality TV, these dual exhibits at the Halsey Institute of Contemporary Art blur the lines between fact and fiction, inviting the viewer to step outside their comfort zone.

An ambitious artist links Charleston to his living novel

We’re raised to identify objects and process them in a practical fashion. If we’re crossing a street and a car approaches, we’re programmed to tread cautiously. If a pan sizzles, we don’t grab it with both hands. We’re so focused on life’s prickly realities that we rarely spare a thought for what isn’t there and what could be.

“I like to challenge assumptions about visual and physical reality so you imagine what’s not there,” says Los Angeles-based artist Eames Demetrios, who’s created a whole “what if?” world called Kcymaerxthaere with its own language, geography, culture, and physics. He travels the globe giving talks and supervising projects that link his world to ours, mounting markers denoting “historical events,” initiating community art and writing, building installations, and developing his strange saga through stories and web pages.

The vocabulary can be daunting — Kcymaerxthaere (pronounced “Chimerascthere”) is the name of his universe, a dauktryn is a doctrine, a Svenskcy is a district, and a dgyld is a young person. But with Demetrios acting as a rapid-chatting, amiable guide and geographer-at-large, the elseworld soon makes sense.