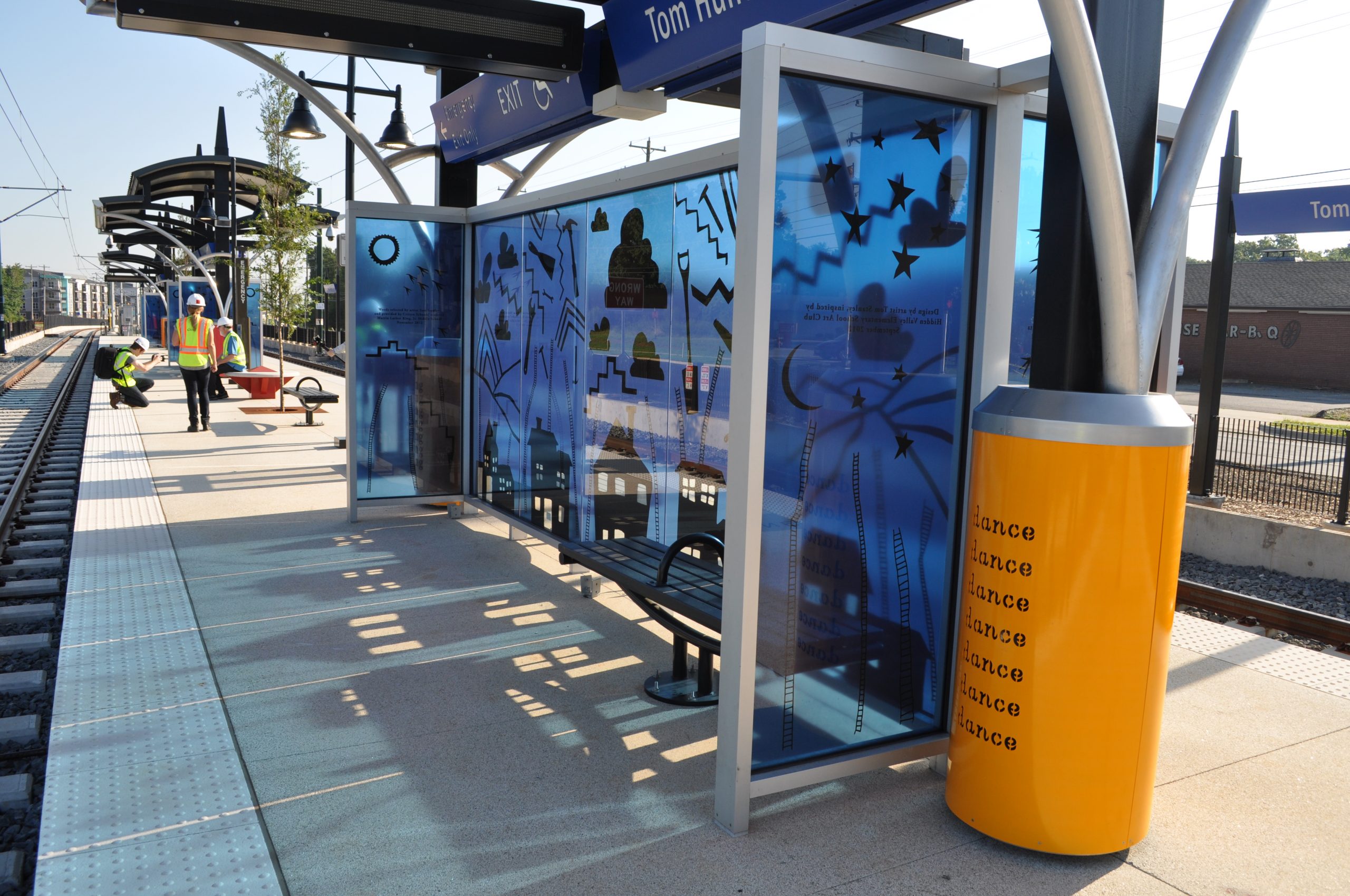 It’s hard to believe that it has been five years since Rock Hill-based artist Tom Stanley’s sgraffito paintings filled the Halsey Institute’s galleries. In this post, summer intern Ella shares an interesting project that Stanley was completing while also preparing for his exhibition here, Scratching the Surface. He was commissioned by the Charlotte Area Transit System (CATS) to design a public art installation at the Tom Hunter Station for the Lynx Blueline rail line located on North Tryon Street. 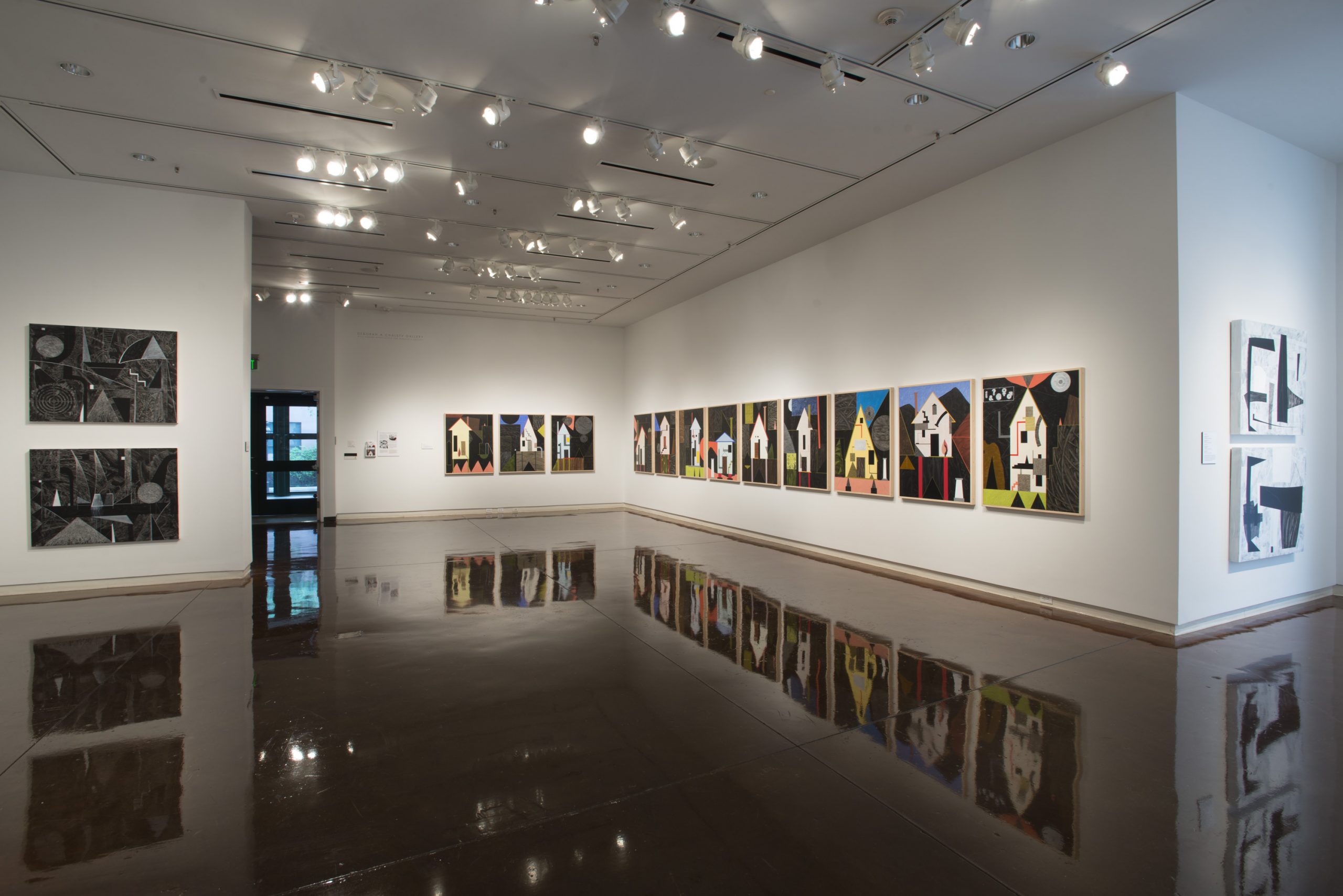 The Halsey Institute has hosted a variety of exhibitions from artists all around the world that have shared viewpoints from many different communities and artists. While some artists are exhibiting at the Halsey Institute, they also might have other big creative projects in the works at the same time. Artist Tom Stanley, who creates paintings using various drafting techniques including, but not limited to drawing, silhouette, and sgraffito, is one of these artists. Back in 2017 Stanley had an exhibition at the Halsey Institute entitled Tom Stanley: Scratching the Surface (pictured above). This show was an amalgamation of several decades of his work including graphic paintings utilizing the sgraffito technique, which share his personal connection with the items being depicted and their significance to him. 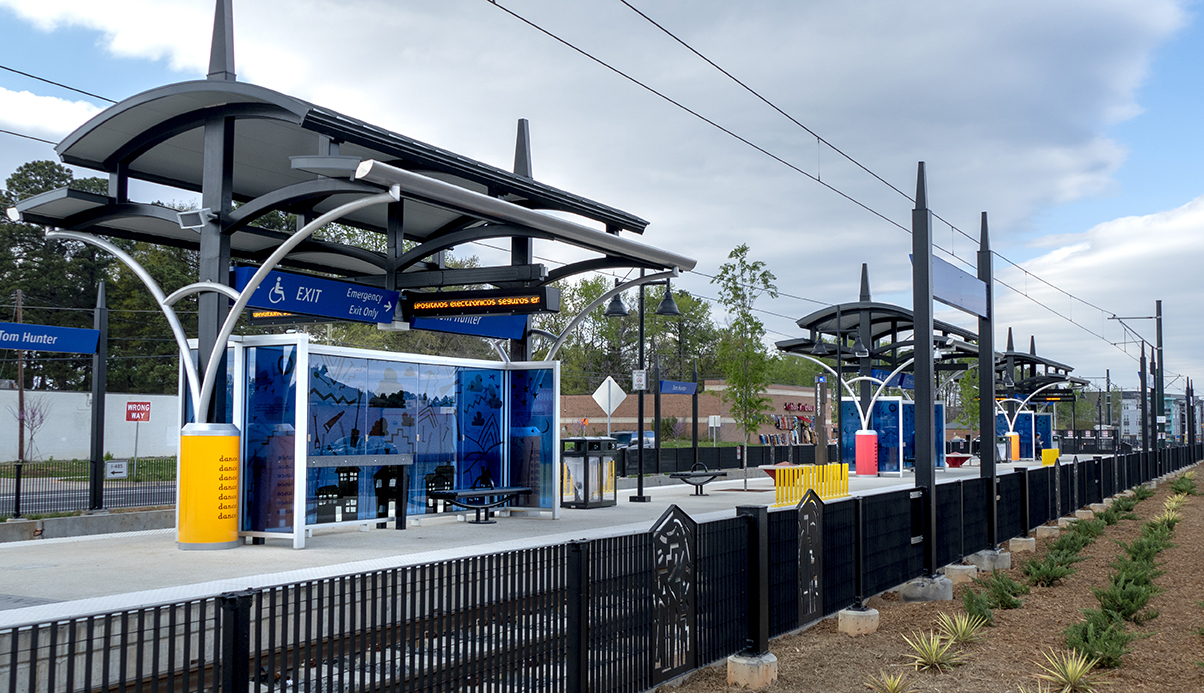 While Stanley was working on the paintings that made up his show at the Halsey Institute, he was commissioned by the Charlotte Area Transit System (CATS) to design a public art installation at the Tom Hunter Station for the Lynx Blueline rail line located on North Tryon Street in Charlotte, North Carolina. Although the project was completed in 2017, the process and research for this project began in 2012 with the help of local middle school students from the Martin Luther King, Jr. Middle School, which is one of several schools located in the same neighborhood of the Tom Hunter Station. Stanley worked with the middle school students to create the words and themes featured in the designs that would be at the station which included ideas of home and memory which is similar to the themes of the work Stanley exhibited at the Halsey Institute. While his exhibition at the Halsey Institute revolved around his personal life experiences and ideas of home and memory, his artwork for the Tom Hunter Station relied on the personal experiences of other people, which was that of the middle school students in Charlotte. 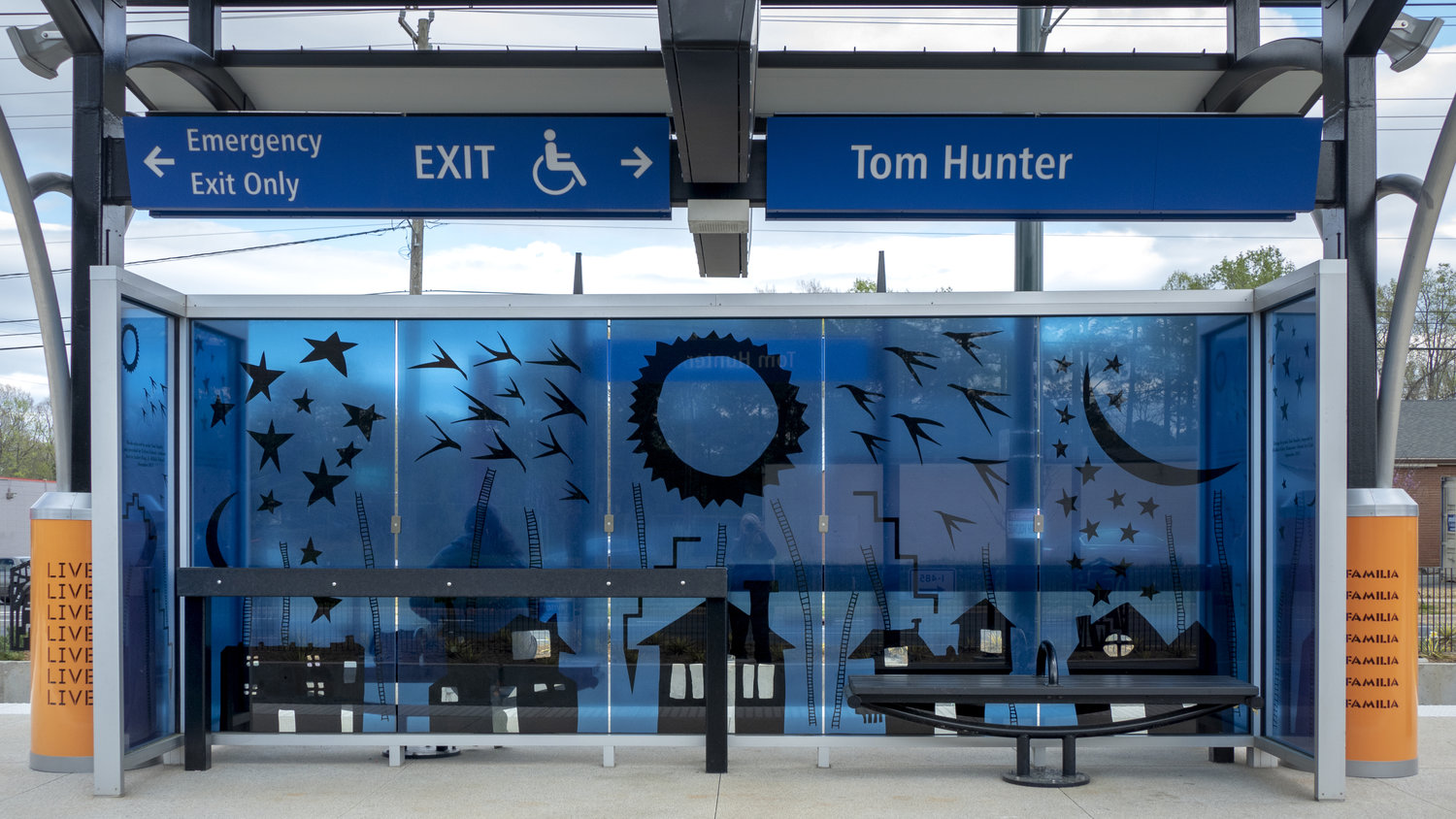