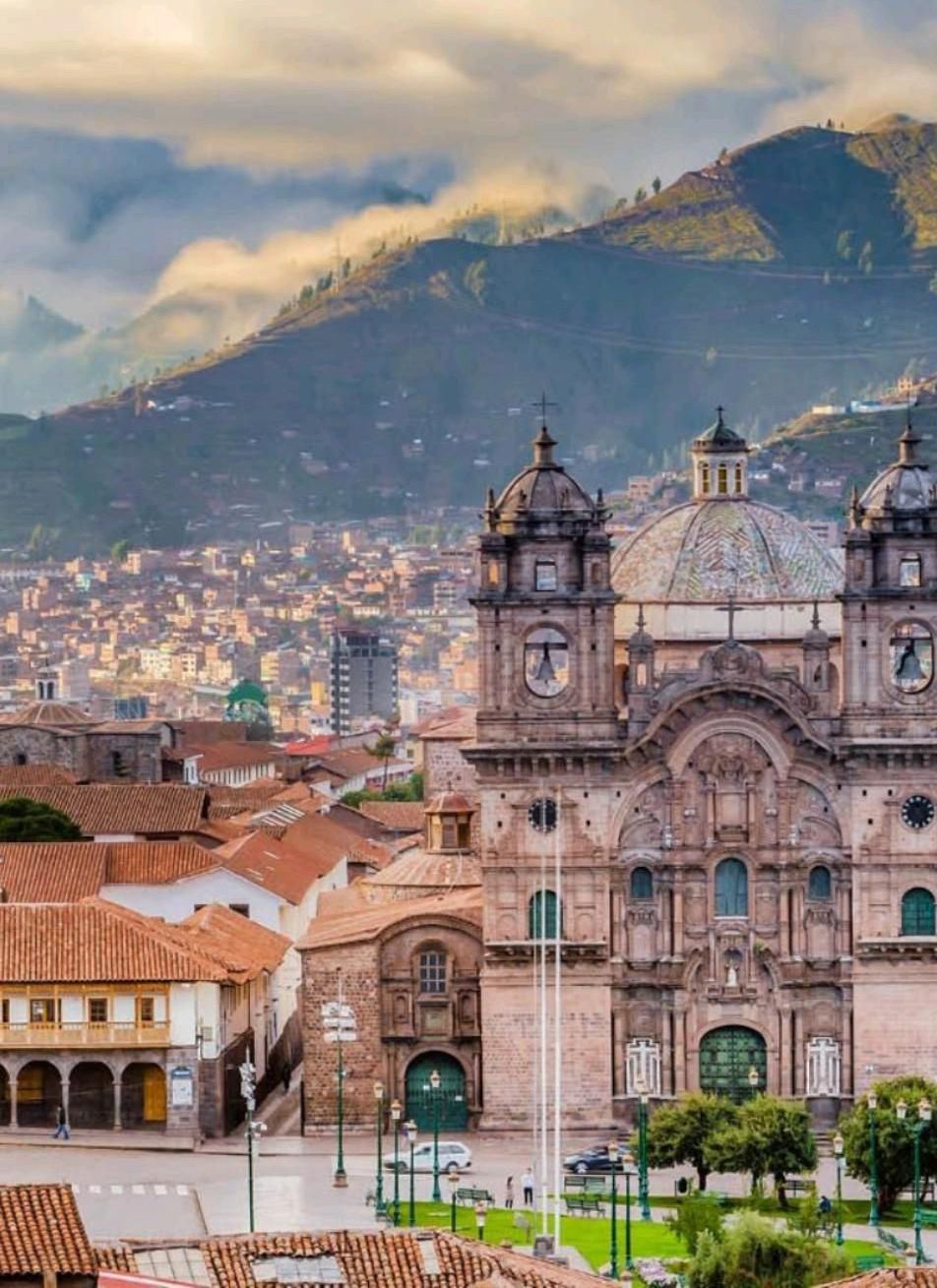 Kukuli Velarde’s CORPUS is comprised of ceramic and fabric works that encourage reflection on the meaning of survival in the face of colonialism. Fifteen ceramic sculptures, each with matching tapestries, are presented in a symbolic representation of the annual Corpus Christi festival in Cusco, Perú. The sculptures reference indigenous pre-Columbian forms and iconographies in a visual representation of syncretic aesthetic, cultural, and religious traditions. In this blog post, summer intern Zola marks the annual Catholic Corpus Christi celebration referenced in CORPUS by joining the artist in asking exhibition viewers to consider the connection between cultural tourism and the expectation of displayed cultural authenticity? 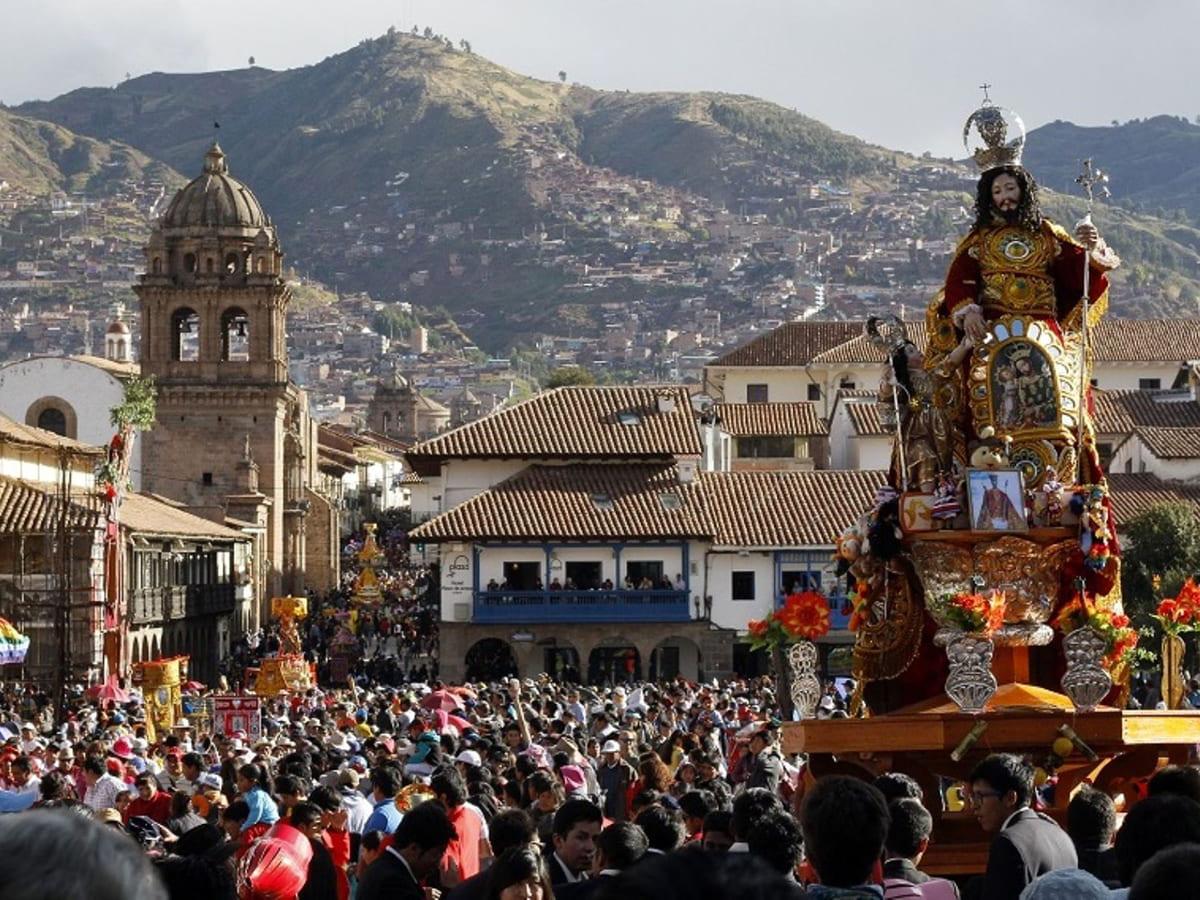 Situated in the southeastern region of Perú, the city of Cusco receives a vast number of visitors each year, with many drawn to the archaeological tellings of a complex human history. Until the arrival of European powers, the continuation of this anthropological timeline was solely rooted in a powerful indigenous community, as it was once centered as the capital of the Inka Empire. But with the expansion and proliferation of Catholicism that accompanied Spanish colonists in the sixteenth century, the makeup of Cusco’s cultural and religious structures were extensively altered, and in many ways, violently reconstructed. With their arrival, the deconstruction of the city’s indigenous identities would be underway for centuries to come, and many traces of indigenous lineage would begin to be interwoven with components of colonial and post-colonial modernity. The imposition of Europe’s religious and cultural ideals would lend to new identities, such as peoples born of indigenous and European descent, and forcefully dampen others. 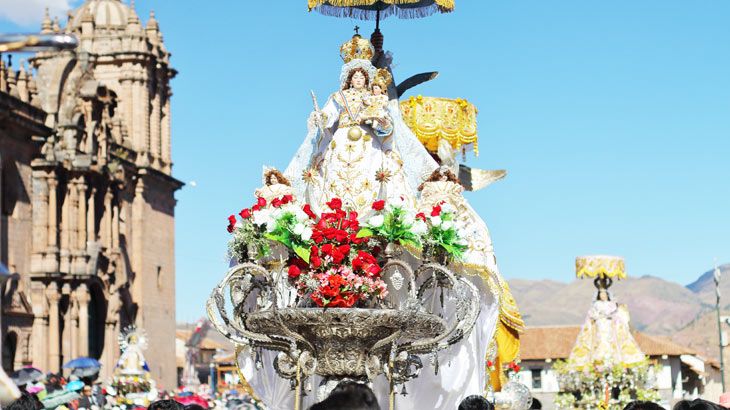 Introduced more than 450 years ago by Spanish Catholic rulers, a holiday widely recognized throughout the global community today still continues to signify the predominance of Catholicism in Cusco. Directly translated in English as “the body of Christ,” Corpus Christibrings with it abundant celebrations and markings of the Roman Catholic tradition, representing the current expansiveness of the religion across the country. And beneath the veneer of ornate displays of Catholic figures, the holiday reveals the contrast between indigenous and post-colonial social and cultural makeup of this Peruvian city. 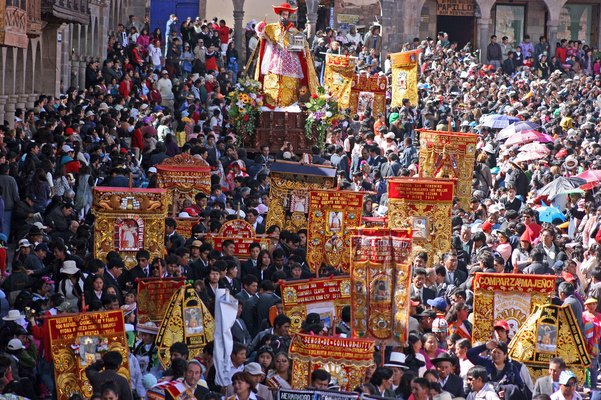 Today, Thursday, June 16, 2022 tourists will flood the streets of Cusco to watch as the city commemorates this religious event for another year, with many visitors there to witness the colorful processions, folkloric dances, and widespread live music. The ebb and flow of tourists throughout the historically indigenous grounds, while now an expectation surrounding Corpus Christi and this time of the year, represents the intricate layers of cultural tourism. Although the experience of discovering and absorbing unfamiliar cultures is critical to gaining understanding beyond one’s direct scope, the existence of tourists during the celebration inherently places on display the traditional celebration. And further, much of the deep cultural significance of native Pervuian tradition and diversity of religion is hidden from sight of visitors.

This centering of colonial narratives continues throughout the modern day, while native and indigenous stories are continually at risk of being lost and buried beneath the dominance of oppressive powers. The concept of cultural tourism for this event in particular lends to the asking of many questions that Peruvian artist Kukuli Velarde centers in her ceramic figures collection entitled CORPUS. How have indigneous identities resisted amidst the violent imposition of colonial entities? What aspects of indigenous religious and cultural practices have remained alive and active? What is the connection between cultural tourism and the expectation of displayed cultural authenticity?