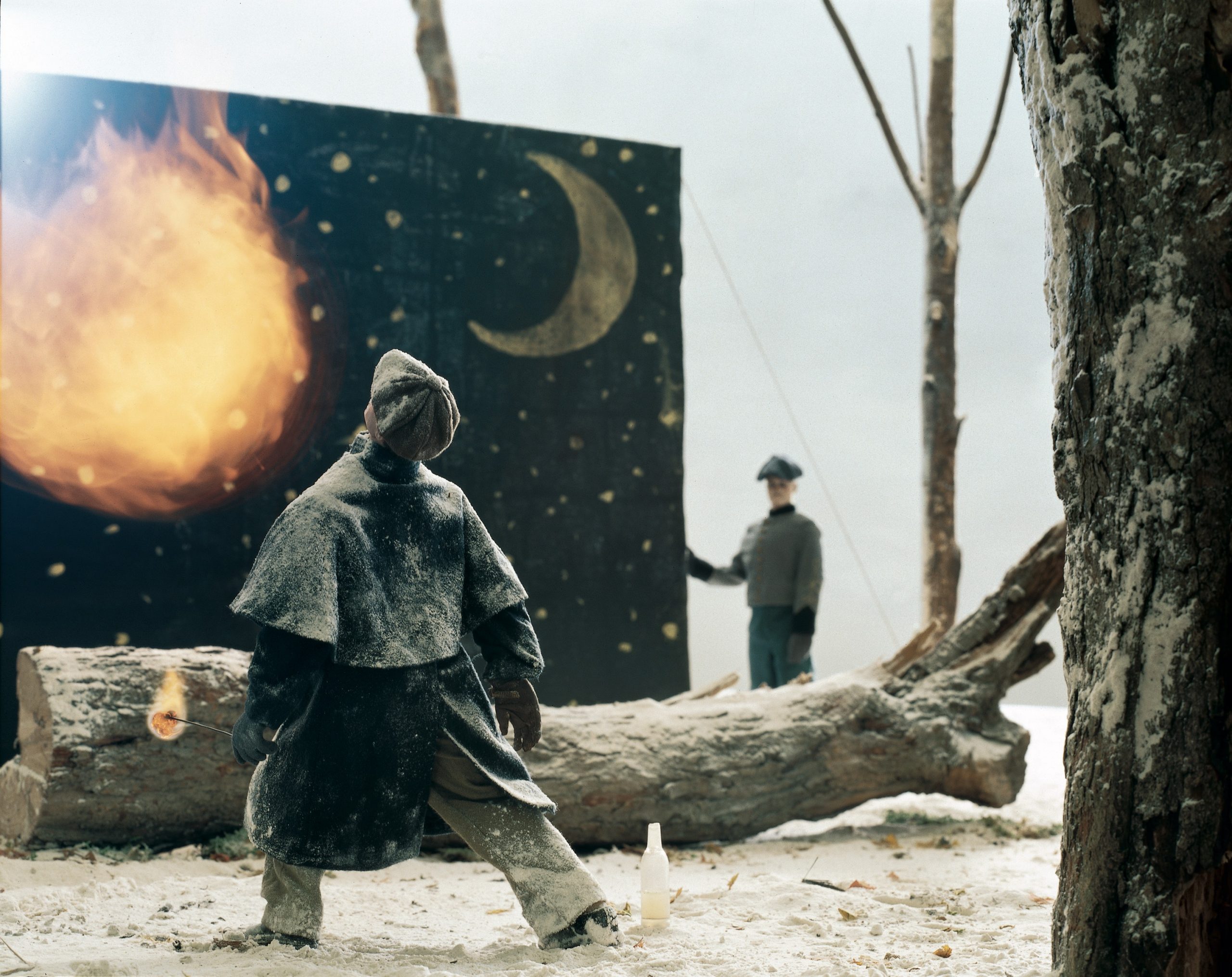 Born in Milan in 1968, Paolo Ventura grew up in a small town with his family in Tuscany. The relationship he had with his grandmother and father were ones that allowed for his creative side to thrive. His father having been a children’s book author, Ventura too became an author with now multiple books including War Souvenir (2006),  Short Stories (2016), as well as five other books he has published since the early 2000s.  Ventura has exhibited work all over the world including the National Gallery of Art in Rome, The Hague Museum of Photography, the Italian Academy at Columbia University in New York, Les Rencontres de la Photographie en Arles, as well as many more. Ventura’s work has also been in public collections including the Boston Museum of Fine Arts, the Lowe Art Museum in Florida, the MACRO Museum of Contemporary Art in Rome, just to name a few.

Having a twin brother, this allowed Ventura to experience the world as though it was through a mirror, or movie. Watching the experiences of another person that looked like himself, as though they were his own.  This, as well as visits to the circus with his family, aided in his creativity. With a passion to understand the mechanical aspect as well as the artistic nature of his works, Ventura creates all of the sets for the images after finalizing the drawing he wishes to replicate. The more playful he gets with the set, the more realistic the image becomes for the end result. Using World War II era as inspiration, Ventura combines his own history as well as the history around him to tell a story through his work.

In 2010, Ventura had a conversation at the Library of Congress about his Winter Stories, which can be viewed by clicking here.

Art Activity | Create a globe or map for your parallel world!
Staff Perspective | Is there value in online exhibitions?