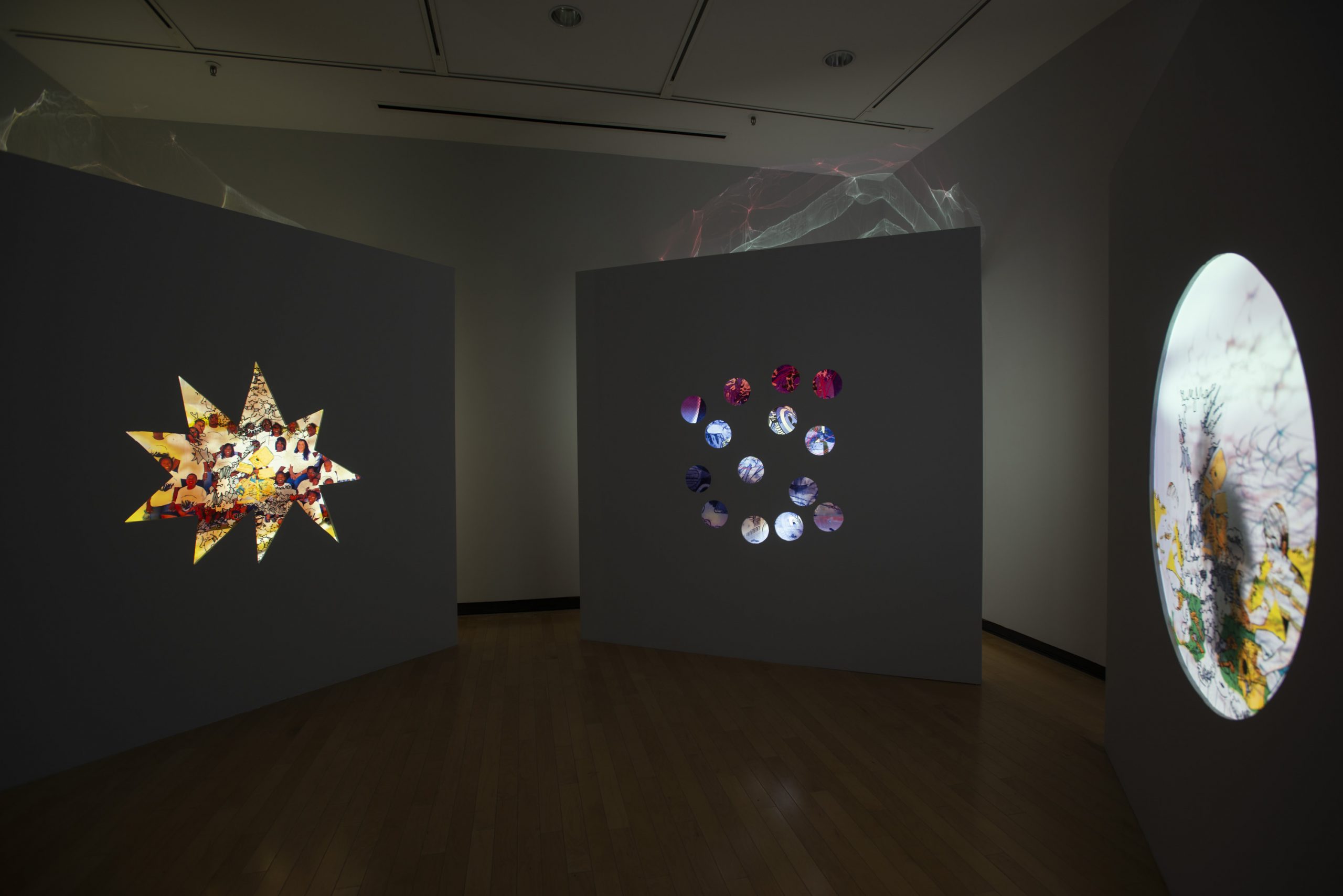 Throughout his artistic process, Jibade-Khalil Huffman savors the unknown. In his artist talk with the Halsey Institute, Huffman reveals how his process relies greatly on the evolution of the unknown and its the gradual discovery. Commissioned by the Halsey, Huffman’s latest installation, You Are Here, is informed by the world around him and reflects an appreciation for uncertainty and the fluidity of perspective and control. 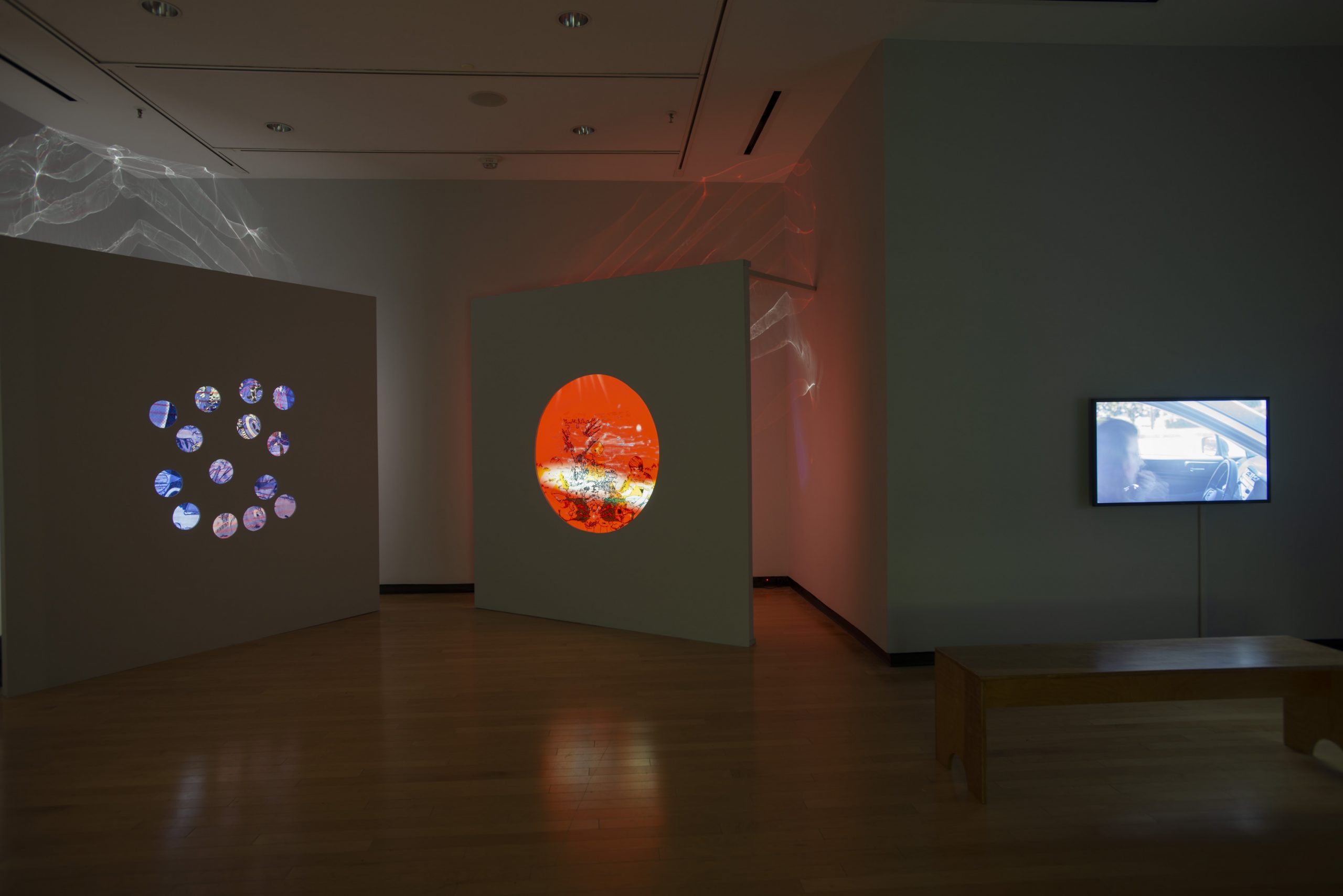 Huffman shares that throughout the pandemic, he found himself delving into the world of gaming, something he’d been prevented from doing as a teenager. In turn, the installation, You Are Here, explores the visual language of modern video games. Rather than rehash commentary on the addictive or aggressive aspects of video games, Huffman is more interested in their immersive nature. You Are Here, therefore, consists of an elaborate web of layered perspectives, highly reminiscent of third and second person games. In fact, by highlighting the blurred relationship between the gamer and the characters, or rather the controller and the controlled, the work forces the viewer to question their own autonomy.

While Huffman’s work greatly considers the malleability of perspective, he remarks that he “always want to give people something to hold on to”. Speaking from his experience as a poet, Huffman describes how the interpretation of art is like the reading of a passage or a poem; there tends to be a moment that the individual will feel connected to. 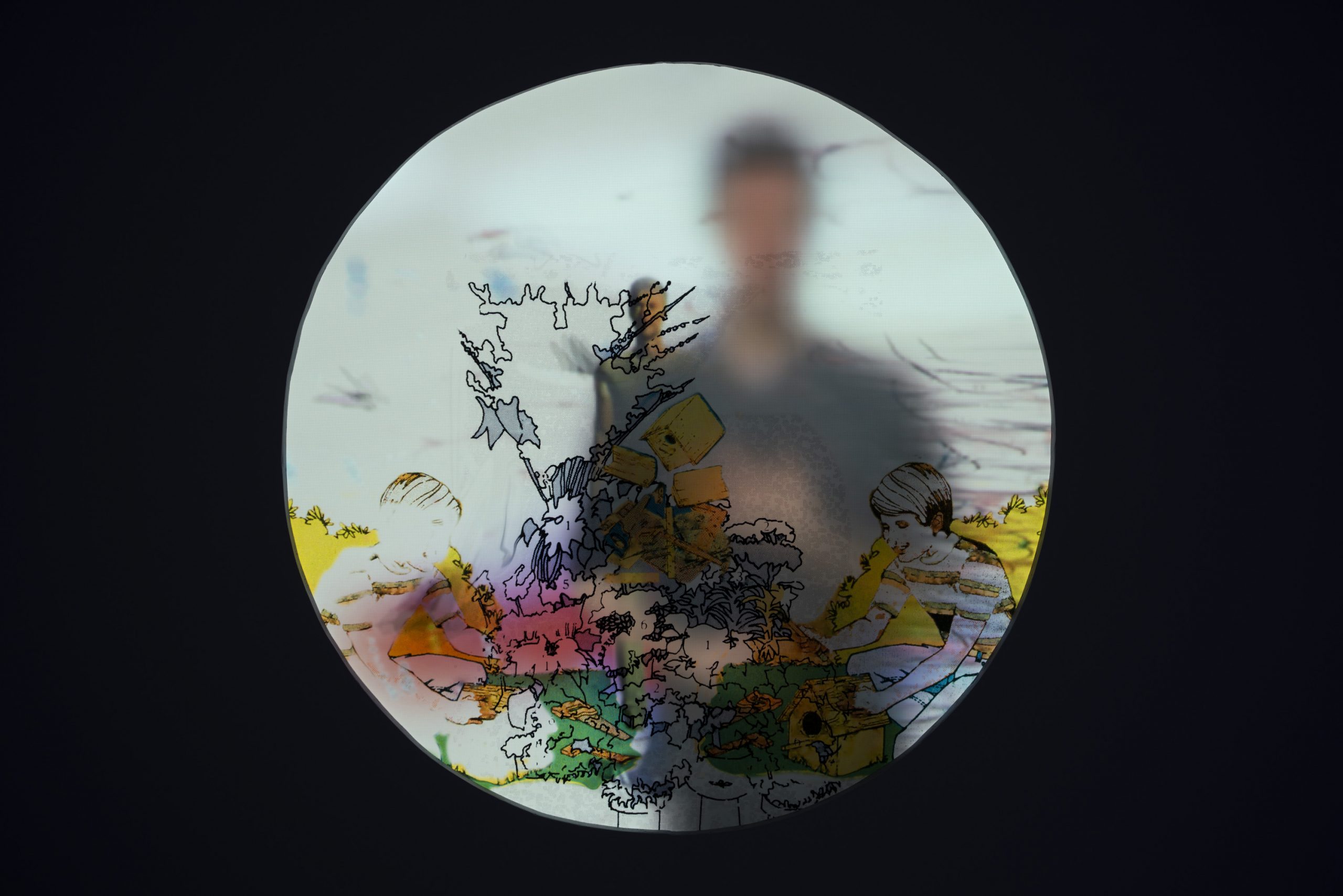 The audio featured in the installation, however, reflects Huffman’s overall affinity for layering and morphing the familiar. Influenced by the use of pop music in films by Tarantino and Scorsese, Huffman’s work features audio that constantly plays around with the expectations of the viewer. The mixture of both familiar and unfamiliar music allows the viewer to bring forth their own experiences as they read the work.

In fact, You Are Here, is but a part of a much greater whole. While Huffman considers the installation to be a completed work, he shares that it is subject to change as the work grows throughout multiple institutions. The work’s audio, now around 30 minutes long, will most likely grow to be around 60 minutes long. The final version of the work may also feature a greater interaction between music and text shown. Huffman also hints at the possible future creation of the video game seen in the installation.