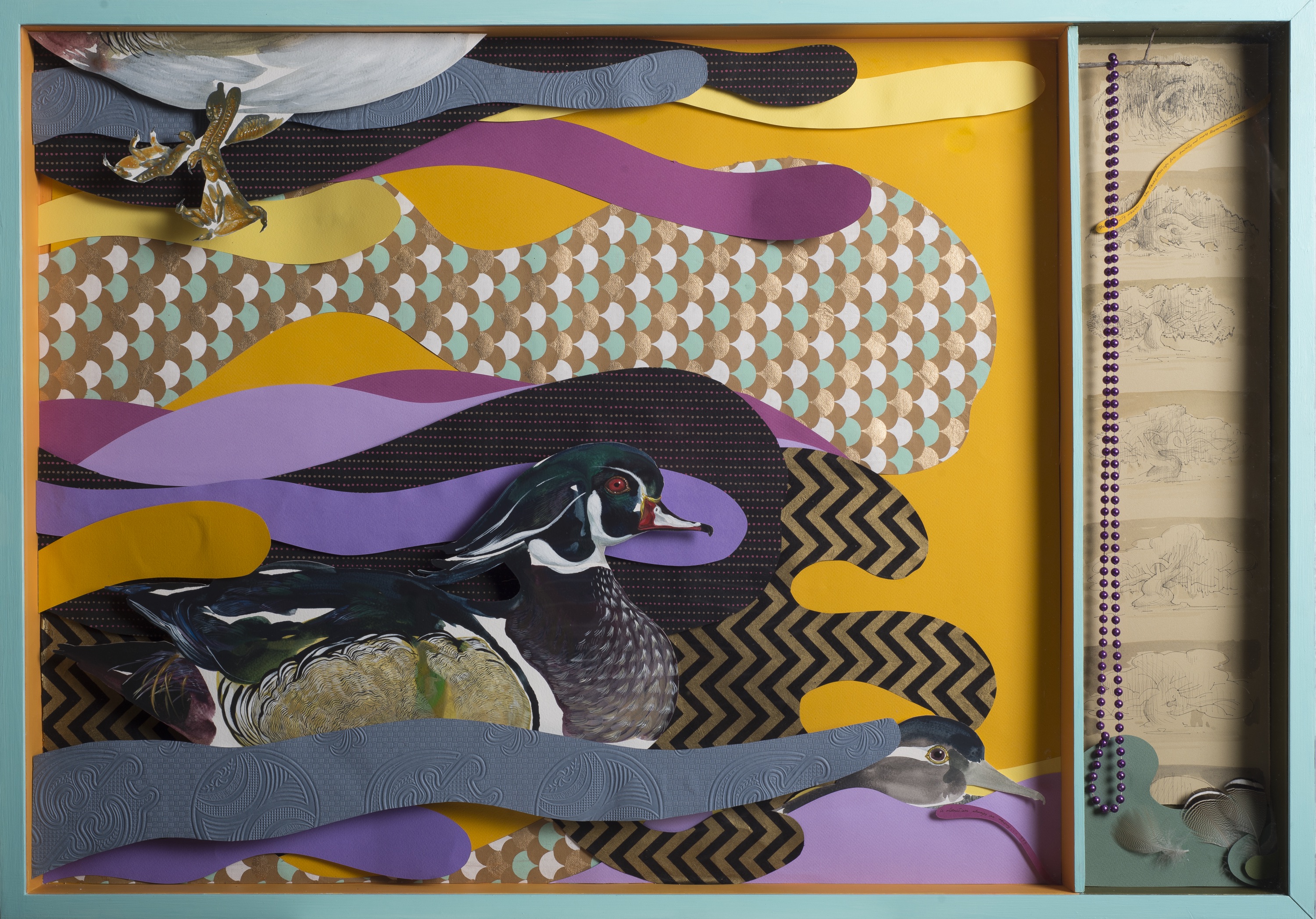 In his shadowbox Wood Duck (Dance for Nola), 2017, Hitnes focuses on the condition of the bird’s environment and how it has changed from John James Audubon’s era—the early 19th century. In John James Audubon’s Summer or Wood Duck, three birds are depicted nestled in tree branches while a fourth flies in from the left-hand side. The birds are coupled together and noticeably interact with each other and their environment. While Hitnes depicts the same species in his shadowbox paintings, his environment is an antithesis of Audubon’s. Hitnes’s Wood Duck shows the three birds separated and only displays one duck in its entirety. The other birds are cropped, revealing only a pair of webbed feet and a disembodied head, this alludes to the decrease in the birds’ population. 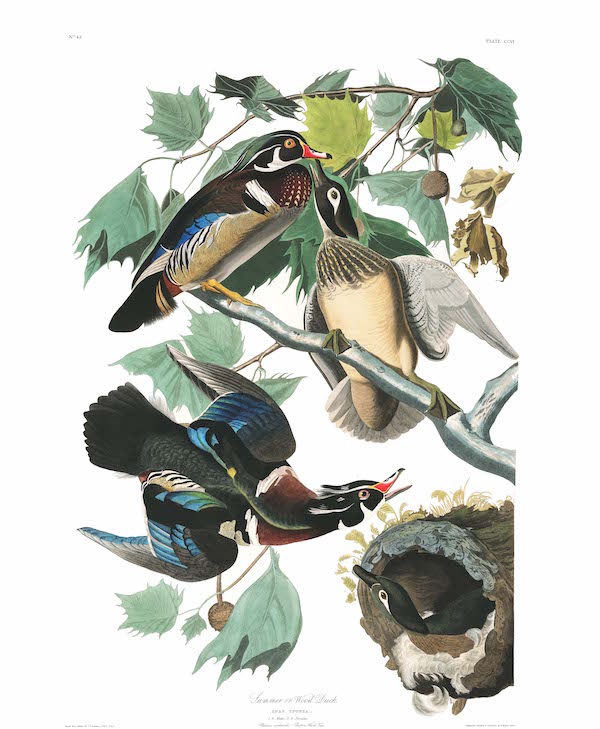 The environment surrounding the ducks has also shifted. Rather than depicting a naturalistic tree like Audubon, Hitnes uses bright abstract patterns in organic shapes. The trees in the Audubon print are only referenced in an adjacent compartment of the shadowbox, where they are rendered as simple sketches with pen on paper as well as a small twig that has been used to hang a string of Mardi Gras beads and is representative of tree branches. Underneath, in a small, yellow, ribbon like cutout, Hitnes has written “in a city where the trees dress up for party and the moss becomes pearls.” This statement, coupled with the beads and Harlequin-esque patterns, leads to the conclusion that New Orlean’s Mardi Gras parties and growing status as a tourist destination has overtaken the natural environment surrounding the city with litter and pollution, this invasion has negatively impacted the native wildlife in Hitnes’s piece and in reality.

Hitnes and Audubon: The Wild Turkey
Audubon and the Lowcountry