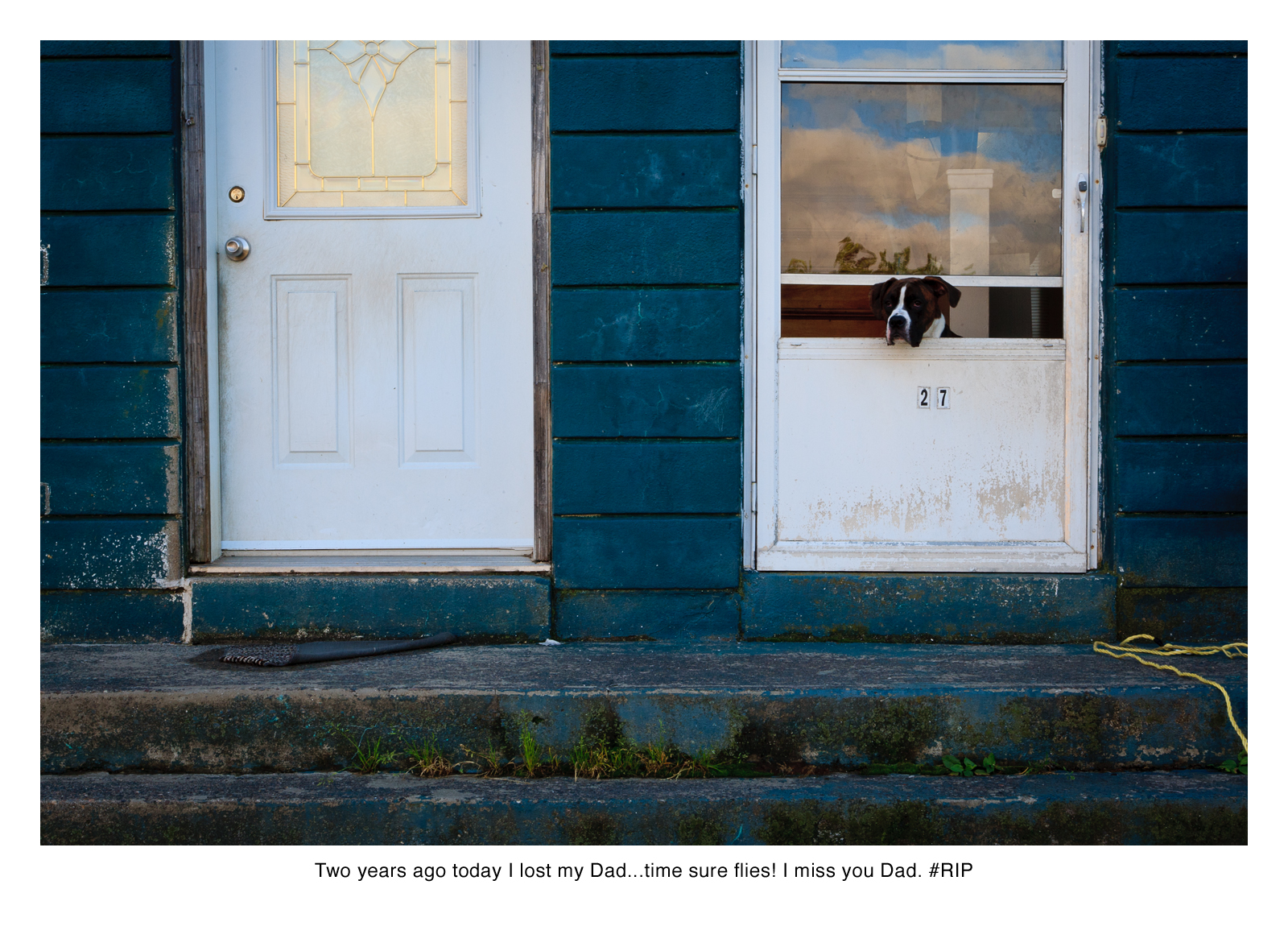 Coming freshly out of the College of Charleston as an Art History major, one of the most important things I’ve learned is how to build deeper connections. The Larson Shindelman exhibition evokes this same set of skills from its audience. The two artists invite their audience to make connections between a tweet made by a certain anonymous author and the visual photograph captured by the artists in the specific Geolocation of where the tweet was posted. The most direct connection between a tweet and a photograph is they both serve as markers for a certain place and moment in time. It is our job as the audience to find even deeper connections between these two markers when presented together.

Some of the images captured in this exhibition do not directly reflect its corresponding tweet and can be extremely thought provoking as to what their connections are. Some pieces in the exhibition like the #Mobilize series are exceptional because of their disconnect between the expectations of political activism and the environment in which they are born. And some, such as my favorite, so beautifully and adequately describe the exact essence of their coinciding tweet. In my favorite piece the tweet reads “Two years ago today I lost my Dad…time sure flies! I miss you Dad #RIP”. The photograph captured by the artist in the soft light of dawn shows a deep blue house with a dog whose head is perched outside the window. His bloodshot eyes hang low as he looks out the window. The image echoes the sadness and solemn of the tweet it corresponds with. When I first saw this piece, I stared at this dog and imagined the author in its place waiting for what would never return. What is so incredible about this piece is the photograph was taken long after the author posted it but, the artists were able to so beautifully capture a moment that has a deep and profound visual connection to the author’s emotions in that very moment in which they made the decision to share their feelings with the world.

Although it may not be as thought provoking as other pieces in the exhibition, the connection between this tweet and the photograph is instant and overwhelming. It immediately provides its audience with a sense of pain and loss that is universally understood by everyone even if not yet experienced, the loss of a parent. I have not lost a parent and I would not dare to compare any of my experiences to something so inconceivable but, the visual image reminded me of some of my lost emotions. Some that were felt in a moment in time but have not ceased to affect who I am today.

When I first laid eyes on this piece it took me back to when I was 8 and 14 when my father was deployed in Iraq during the Iraq War and later in Kosovo. It reminded me of the time I spent waiting, without my father to comfort me, waiting for him, unsure if he would ever return. Knowing that by every passing moment is one I was losing with my father. My eyes moved down to the tweet and reads “…time sure flies!”. And while yes the time did sure fly it was still gone forever. And I felt this ambivalence as I stared at this exclamation point. Something that so often is used for joy and excitement but for both the author and I represented resentment. Although as a child my pride for my father and his duties were unwavering the costs of a soldier would have its effects on our relationship. For still the time was lost and as I grew up and only to develop discontent for the war in Iraq. I was angry that my father was taken away for a war I would eventually not support. To this day my resentment still persists and our relationship is not what it once was but still I stick my head out the window waiting for the day for it to subside and our relationship to grow stronger than ever.

Soon a sense of guilt poured over me and I realized I was thinking of my relationship with my father while reading the words of someone who had lost theirs. I continued to realize that although every moment is fleeting and will never return I am lucky enough to still have moments with my father. I am lucky enough to have a future to fix things. This piece helped me understand how lucky I am for the opportunities I have to mend my relationship. Life is too short to hold on to resentment, especially because we don’t know when it will be taken from us. The personal connection I have to this piece no matter how irrelevant to its author it shows that I am not alone in my sadness and neither are they.  Although there are definite negatives to social media one of the beautiful things is its ability to let us know we are never alone. Even in our darkest and saddest moments, someone is listening. That is the extraordinary thing about this exhibition, it presents visually how social media has made our lived experiences more connected than ever before and the beauty and ugliness that comes with that knowledge.