Geolocation | So Proud of Me 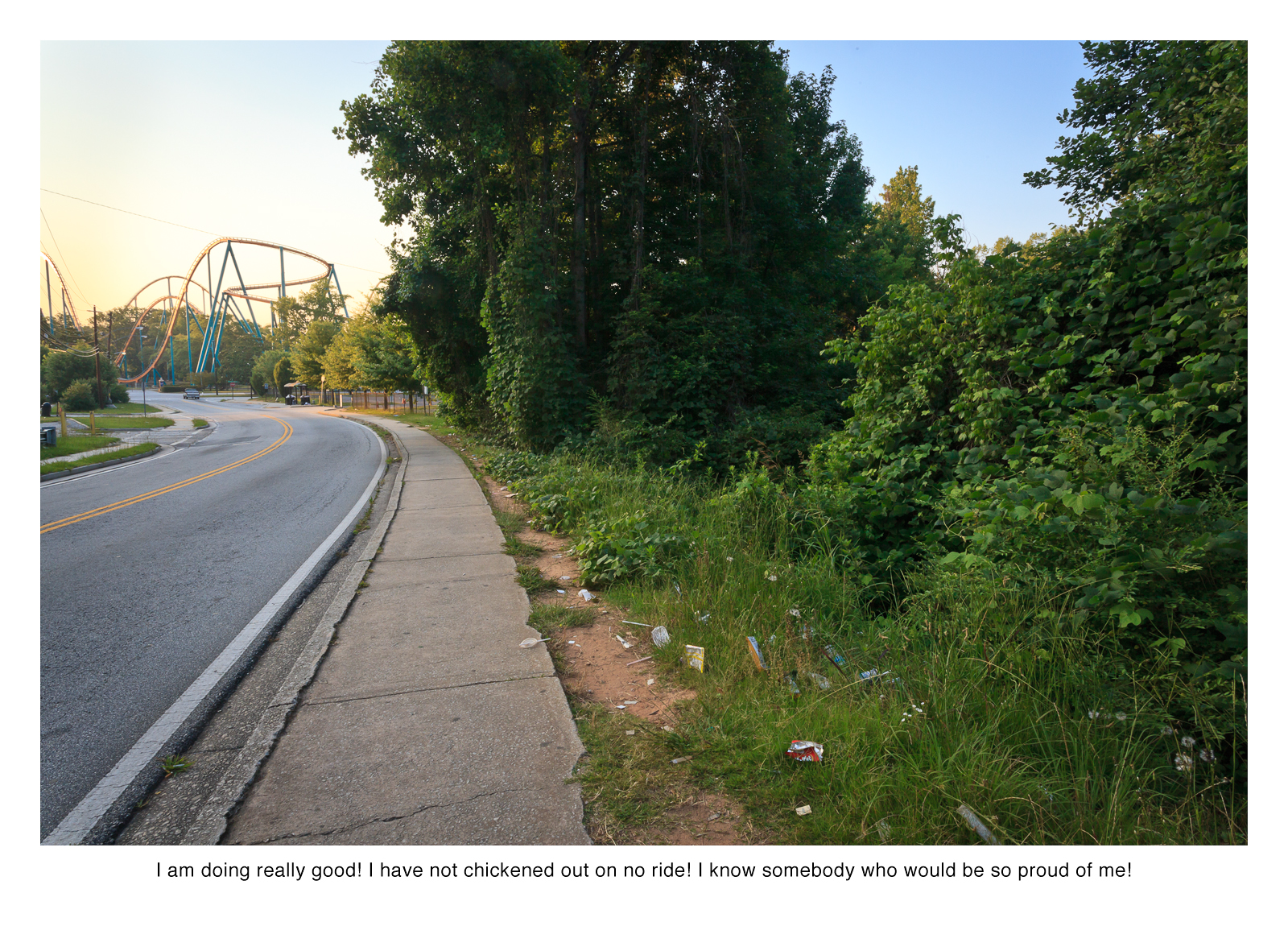 Ever since I was a little girl, roller coasters have terrified me. Not only roller coasters, but any amusement park ride that is seemingly more “thrilling” then a merry-go-round. The extreme heights and the intense speed always seem to make my stomach drop and my forehead start to sweat. So, when I came across this piece in the Larson Shindelman exhibition Geolocation, I immediately felt a sense of familiarity with the tweet that was posted along with the photograph.

The photograph, which showcases a paved road and a roller coaster in the background, resembles an amusement park my parents used to take my brother and I to as kids. I can remember driving off of the interstate to the park and seeing the roller coasters in the distance, just as how it is shown in the photograph. Looking at the greenery mixed with the industrialization of the fun-park allows me to feel a sense of nostalgia, that I haven’t felt in a long time. The tweet itself makes me think of a kid telling someone how they overcame their fear. “I have not chickened out on no ride,” the caption reads. I can remember being so proud of myself, the few times I actually became brave enough to ride a ride I deemed “scary.” Just as the author of the tweet must have felt, I feel proud of him as well.

What initially drew me to this image was the extreme vulnerability I felt after reading the tweet. I imagine a little kid driving home from the amusement park with a large sense of accomplishment after an adventurous day. Whoever wrote this tweet, which I imagine being a young person , broadcasted to the world after they conquered their fears, something admirable that not many people would be open about sharing.

I would also like to know who the author of the tweet is talking to. They write, “I know somebody who would be so proud of me.” Who is that somebody? Someone who has passed away and won’t ever find out? A parent or a friend? I would love to know the answer to that, but I assume I’ll never know for certain.

The Larson Shindelman exhibition is excellent at leaving the viewers wanting to know more. I wonder if the author of the tweet ever got to tell whomever that they didn’t “chicken out” on any rides. I hope that whomever the author is, that they will continue to conquer their fears and be proud of doing so.