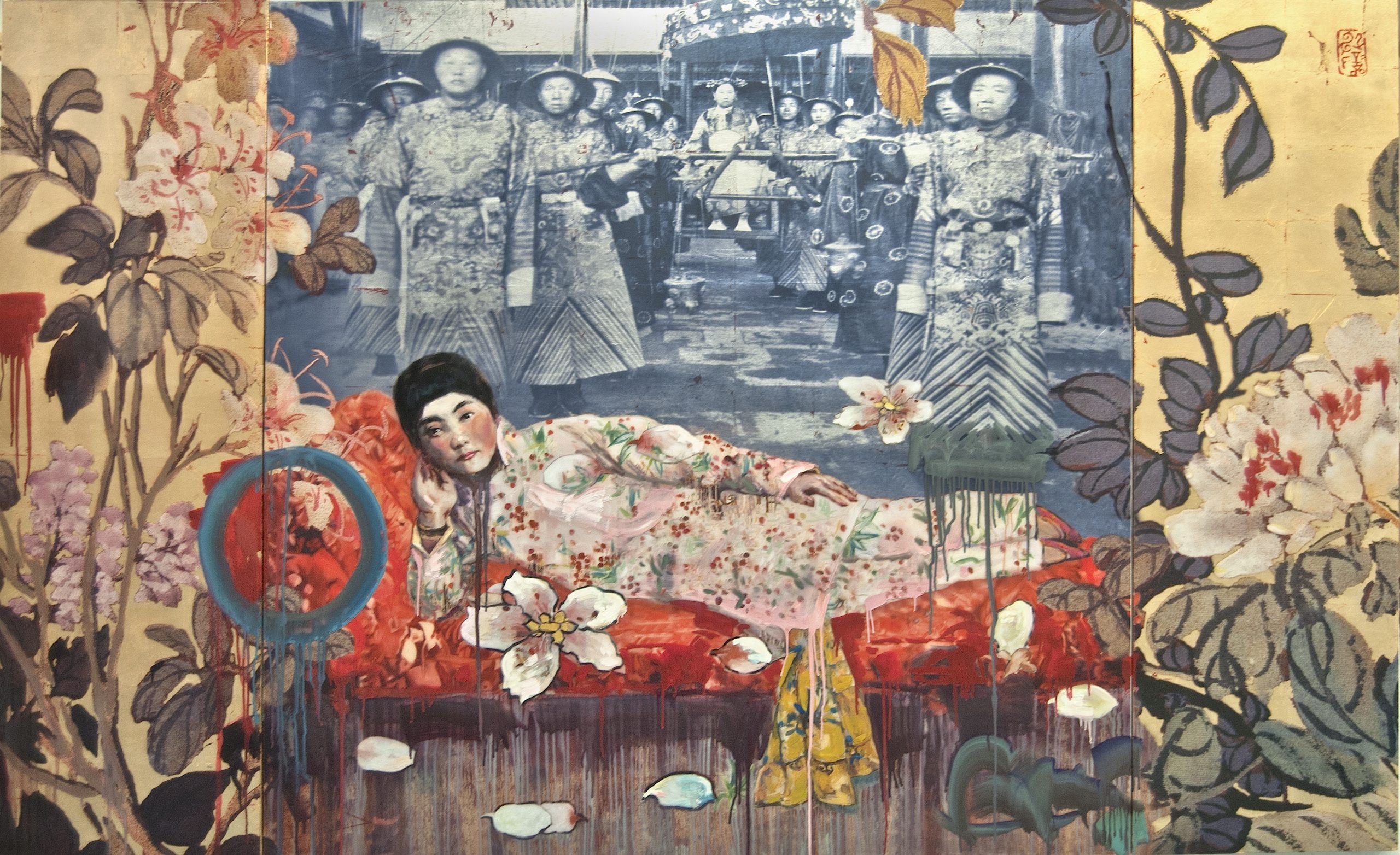 The Work of Hung Liu

Birds, women, symbols of celebration, symbols of Chinese communism and at its core an uncertainty involving one’s self. Hung Liu’s work defies time with clashes of China’s rapid modernisation and desperate push against the past. Depictions of traditional Chinese art and culture are juxtaposed with bright slashes of red – a symbol of celebration in China and yet a harsh reminder of the communist rule and the bloodshed during the Civil War that displaced Liu.

Liu captures her feelings of separation with clusters of circles, a Chinese representation of the life cycle. While close, these circles scarcely touch and only once overlap complementing the isolated women they surround. The women depicted appear alike but not truly a part of their environment, within and yet distant. With some portraits superimposed on birds, Liu grapples with ideas of detachment and ultimately the freedom it brings. This notion of untethering is further illustrated in the contrasting colours that spotlight the individuals themselves but also constraints placed on them as if every movement could be scrutinised.

As a Eurasian woman, Liu’s works resonate with me. The ‘model minority myth’ that echos throughout the difficult and often overlooked history of Chinese Americans demonstrate that assimilation is perhaps more costly than living on the fringes.

As Liu’s work shows, perhaps home isn’t a place, perhaps it’s knowing who you are.