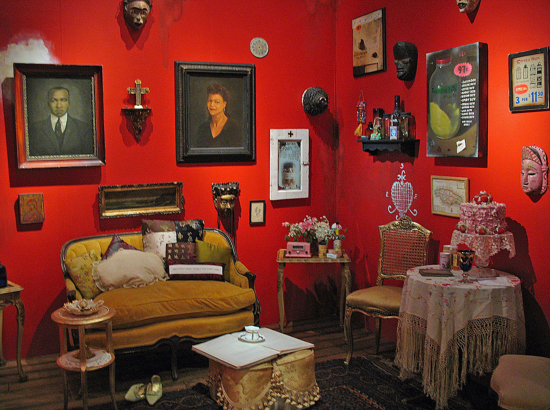 One thing in Renée Stout’s life remains constant: her open curiosity about the world. This started in her childhood and is seen throughout her body of artwork, which is evidence of what she has seen and experienced in life. Stout sees her responsibility as an artist to leave a record of the time she was living, from the point of view of an African American woman, how she views the world, and how she processes it. Growing up, one of her parents had been raised Catholic and the other Baptist and although she was not forced to go to church, she often accompanied both her maternal and paternal grandparents and was exposed to two different belief systems. She was drawn to the visuals of the Catholic church; the beautiful buildings and statues, the lighting of candles, and the smell of incense all appealed to her senses. In the Baptist church she felt strong ties to the music. Because there was no pressure for her to conform to one view or belief, she had the chance to explore spirituality in a number of ways.

A native of Pittsburgh, she spent weekends of her childhood attending art classes at the Carnegie Museum of Art, where she further connected to spirituality and iconography in African art. She later went on to receive a BFA from Carnegie Mellon University and wanted to embark on a career in art but was often nervous of publicly speaking about her work. To overcome this shyness, she created an alter ego named Fatima Mayfield, a fictitious herbalist and seer who became a vehicle for her to tell a narrative. Stout realized that this alter ego helped her get through a variety of personal and social issues, and as a result she started to mature into this person who she aspired to be. “Each of us knows who we really hope we could be. If we didn’t have societal and familiar constraints, people projecting things on us, who do we really want to be for us? That’s the process of self-discovery.” she explained in her Dis/placements Conversation with Thetyka Robinson. 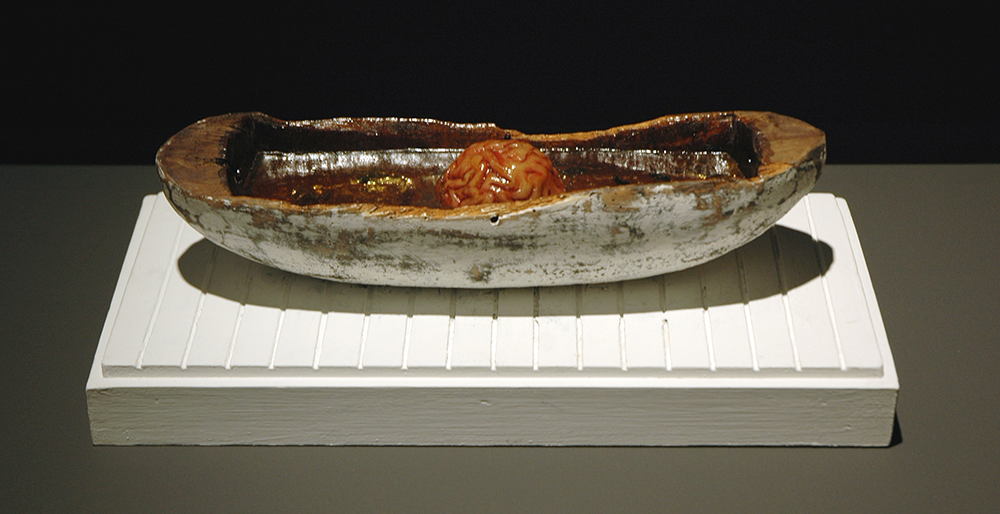 Renée Stout works in a variety of mediums including painting, drawing, mixed media, sculpture, photography, installation, and printmaking. As an African American woman, she has never felt completely at home in her own country. “Home is where I feel comfortable with the ancestors taking care of me,” she says. When referencing her work entitled, Slow Voyage From the Land of Cosmic Slop, (pictured above) she talks about being on a journey in a boat, but it is not moving. The brain in the middle of the piece and the water in the boat are both metaphors for how hard it is to move forward. In Listening to the Voice of a Spirit, (pictured below) at first glance the viewer might think they are looking at a self-portrait of Renée Stout. While it is technically a self-portrait, the person in the photograph is actually Fatima in her thinking room. Several carved African ceremonial figures are off to the side, one has its mouth open, almost as if speaking to Fatima. This is how Renée/Fatima move through life, listening to the ancestor’s spiritual advice. 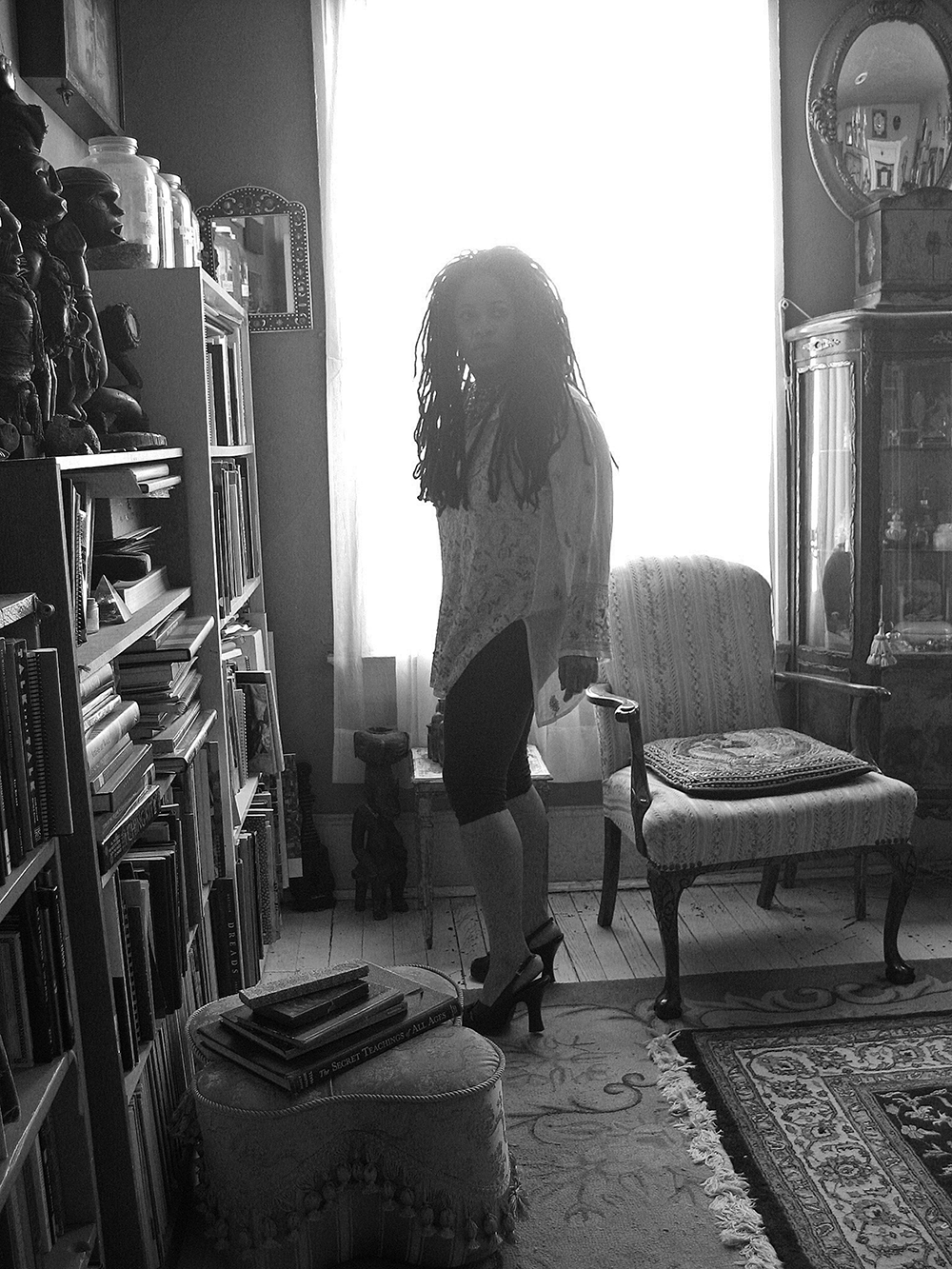 In Red Room, (pictured at the top) the viewer sees a number of portraits, furniture, and memorabilia against a bright red backdrop. Stout created this tableau as a way to evoke feelings of home. When asked what advice she may have for someone looking for a home, she suggests finding objects that remind you of home, and using them to create a sacred space. For her, conjuring and artmaking are the same thing; finding that spiritual connection and revered space that she can call her own.