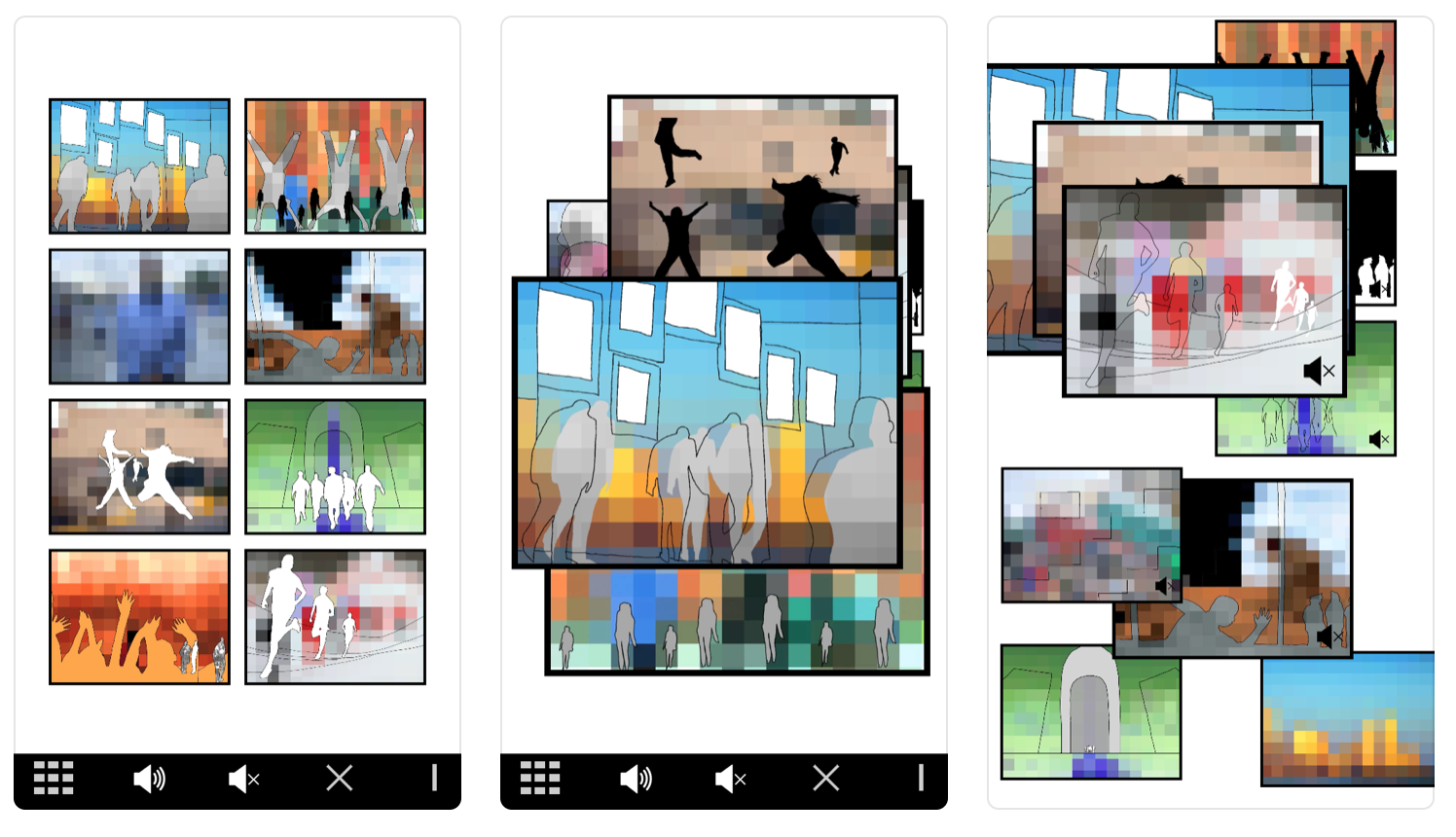 Time Jitters is an app based on an interactive installation Above the Fold at the Halsey Institute in the winter of 2014. The exhibition featured work by Jody Zellen in which she examines the way people consume media by using a year’s worth of articles from the New York Times.

Jody Zellen’s Time Jitters installation for the Above the Fold exhibition was a collaborative project between the artist, the Department of Music, and the Computing in the Arts (CITA) program at the College of Charleston. The project design and implementation team was comprised of two faculty members: Dr. Bill Manaris (CITA) and Dr. Yiorgos Vassilandonakis (Dept. of Music); students David Johnson, Corey Reid-Smiley, Seth Stoudenmier, and Matthew Tuton; and the Halsey Institute’s then-preparator, Andrew Steever. In addition to logistical and programming concerns, this group’s ideas and input shaped the interactive aspects of the installation and expanded the possibilities of the immersive experience. This partnership was partially funded by a grant from the National Science Foundation.

The installation, using two Xbox Kinects, tracked visitor’s movements in the space, while sounds were linked to the position of the participants. The app has turned a series of these movements and sounds into a collage of animations and sonic elements, arranged in two columns when you open the app. You can then rearrange and resize the animations and turn on or off some or all of the accompanying sounds–most of which resemble cans rattling together–to create your own version of the collage. You can also read more about the app and its creators in an about section of the tool bar.

Learn more about the app here. 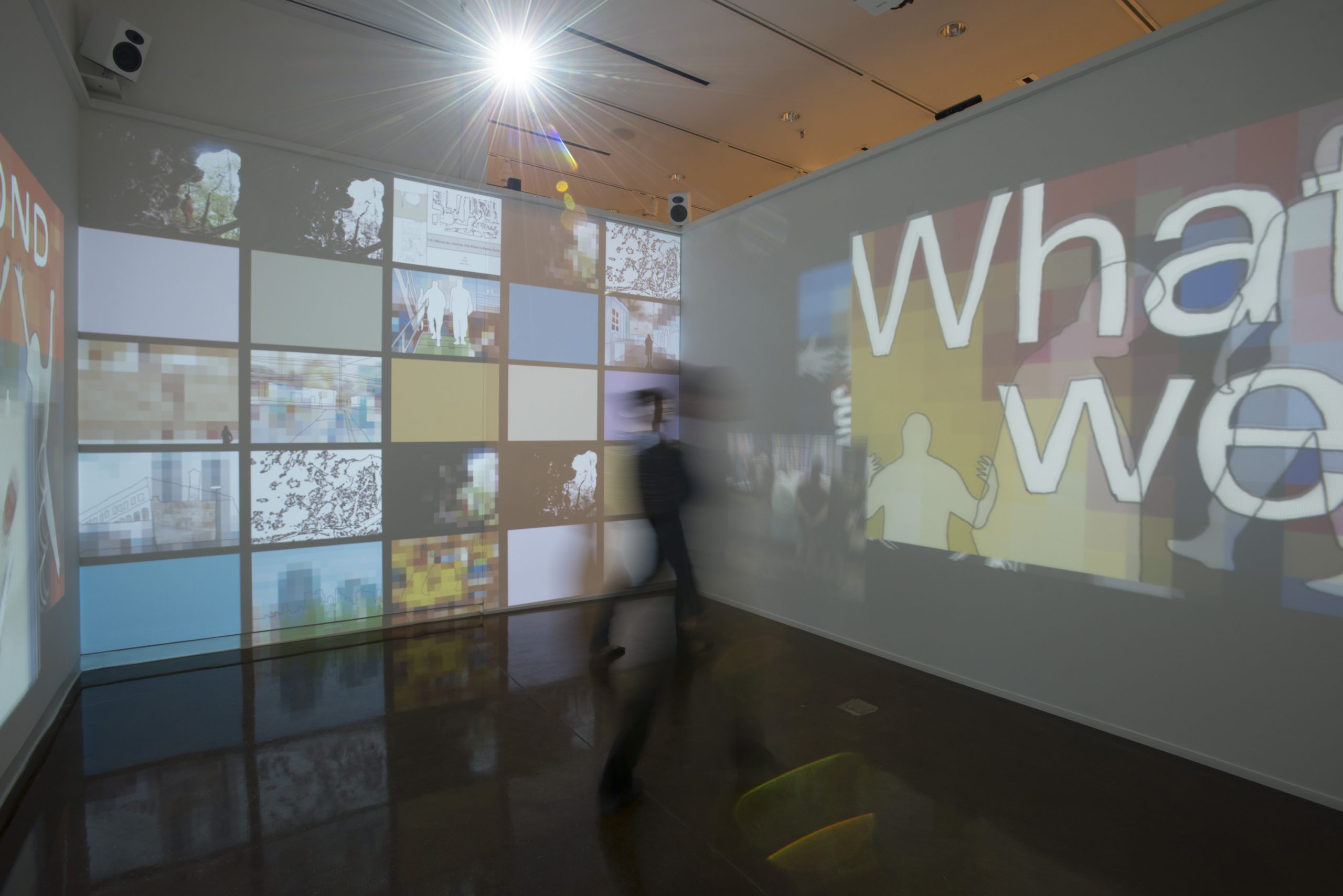