Fashion in the work of Namsa Leuba: Tonköma and beyond 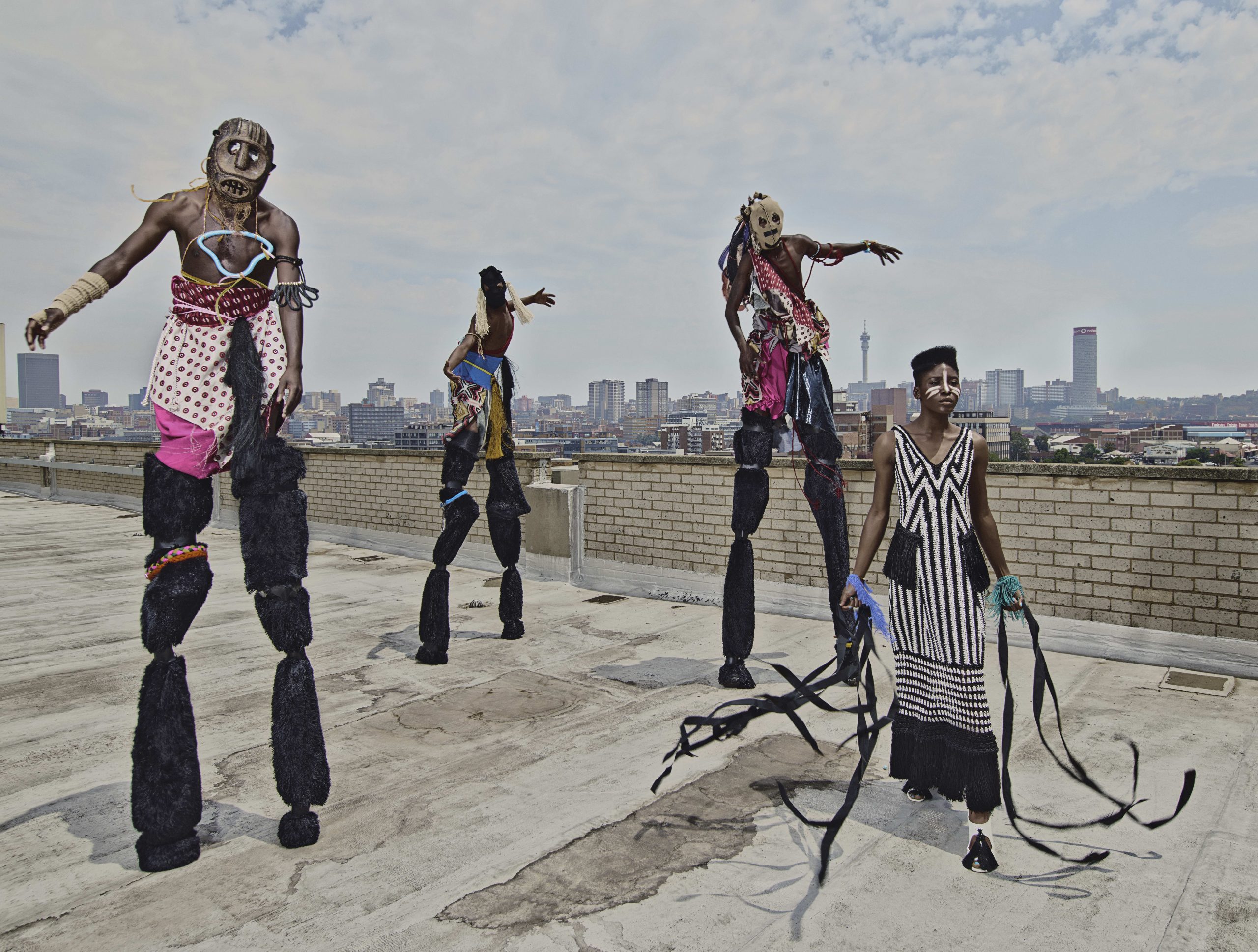 Namsa Leuba has a rich background in fashion, photography, and art direction. She utilizes her artistic ability to critique the stereotypes of Africa from the Western eye. Her fashion series are no exception to the excellence and meaning behind every one of her works. Even though her fashion series may have been commissioned, Namsa still plays with the ideas of “exoticism” in her works. These themes are shown in her collections: Tonköma, African Queens, and Cocktail. Her Tonköma series in particular blends seamlessly with her other works, fashion or not fashion related.

The Tonköma series was from a photoshoot for the African sustainable fashion brand: Edun. The Tonköma series at the Halsey features seven works of people standing on stilts. These stilted figures represent “devils” that protect the holy forest from evil spirits and communicate with ancestors. You can see Namsa’s past in magazine design by the way several pieces are displayed with some works layered on top of different floral, glitter, and abstract backgrounds. This fashion magazine aesthetic can be seen in her non- fashion related series: Illusions, Khoisan, NGL, and the works displayed on the pedestals. 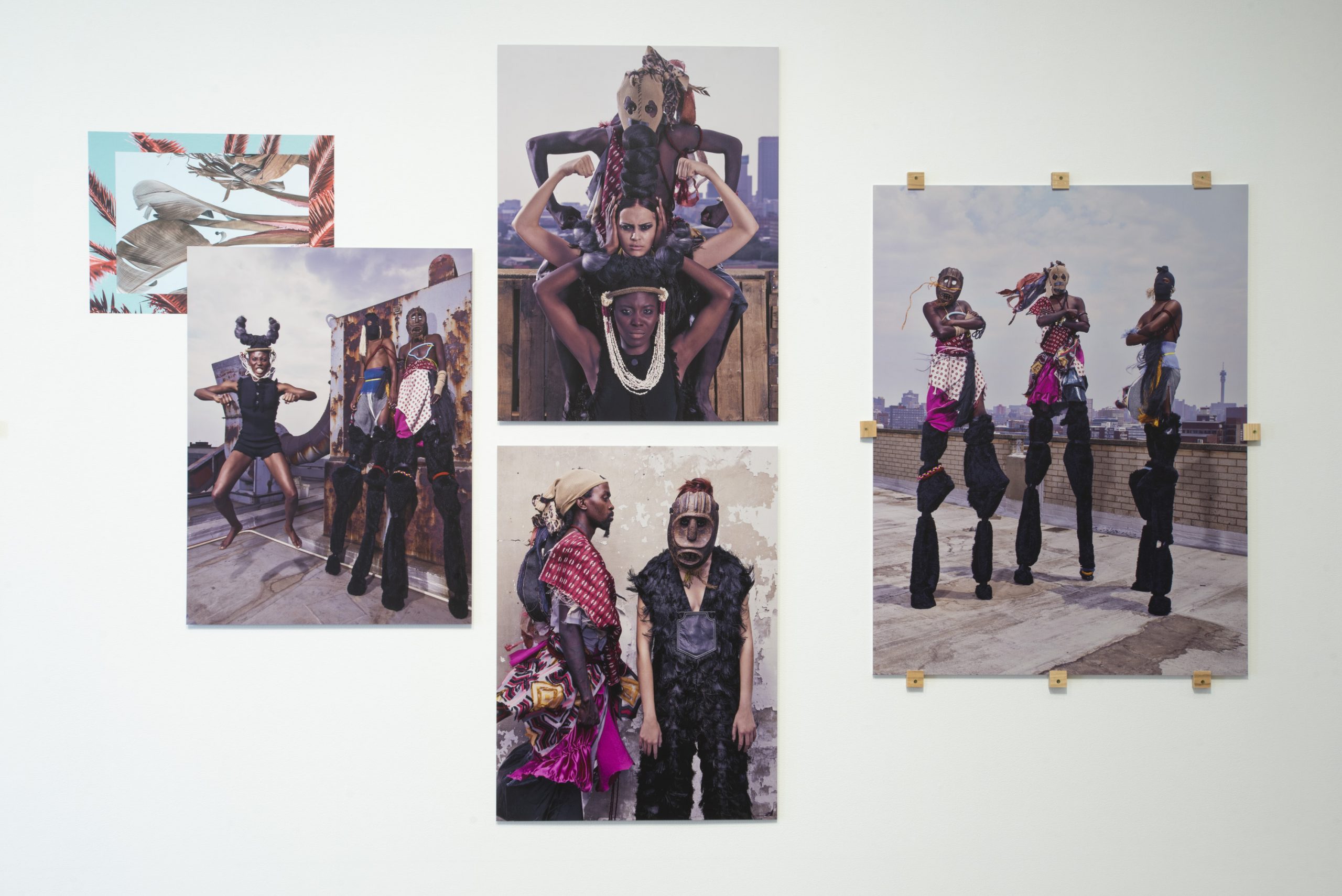 Namsa uses the ideas of rituals and tradition to inspire her works and the costumes of her models. Tonköma ties into multiple works through the use of costumes and the themes behind rituals and exoticism. In the Weke series, Namsa is trying to make the ideas and emotions of voodoo into images. While in Ya Kala Ben, Namsa brought cosmological rituals and symbolic statuettes to life, by dressing her models in handmade costumes to match. Her use of costumes in the Khoisan series tries to undermine the traditional western perspective of African culture by dressing the Khoisan peoples in these unrealistic costumes. While for African Queens, Namsa created high-fashion statuettes to represent warriors and prophets. Then in Cocktail she comments on the female body representation in Africa and the cultural imaginary of “Africa”, through the use of colorful backgrounds, porcelain leopards, and headdresses. On the lines of the exoticism, the Illusion series comments on the Paul Gauguin’s primitivism works in Tahiti. By posing the models in glamorous ways and gave them alien-like features, creates a whole new exotic space. The theme of exoticism is seen through all of Namsa’s works, because the western perspective is based on Africa being an exotic land where the people dress in these traditional ritualistic costumes.