Lonnie Holley, an artist from Birmingham, Alabama known for his sculptures, did not start releasing music until 2012, when he was sixty-two. He began by making songs on a Casio keyboard he found at a Goodwill and first recorded his music on a karaoke machine from a flea market. Holley’s musical work speaks to the realities of being Black in America, especially in the South, as well as to his personal grief and trauma. His sound is experimental, but adjacent to jazz and blues – he has been compared to Sun Ra, also from Birmingham. Holley has toured Europe four times and collaborated with a number of musicians and bands, including Deerhunter, The War on Drugs, Dirty Projectors, and Bon Iver. His latest EP, National Freedom, was released this month.

View a performance by Lonnie Holley from Eddie’s Attic, Atlanta, in March 2015: 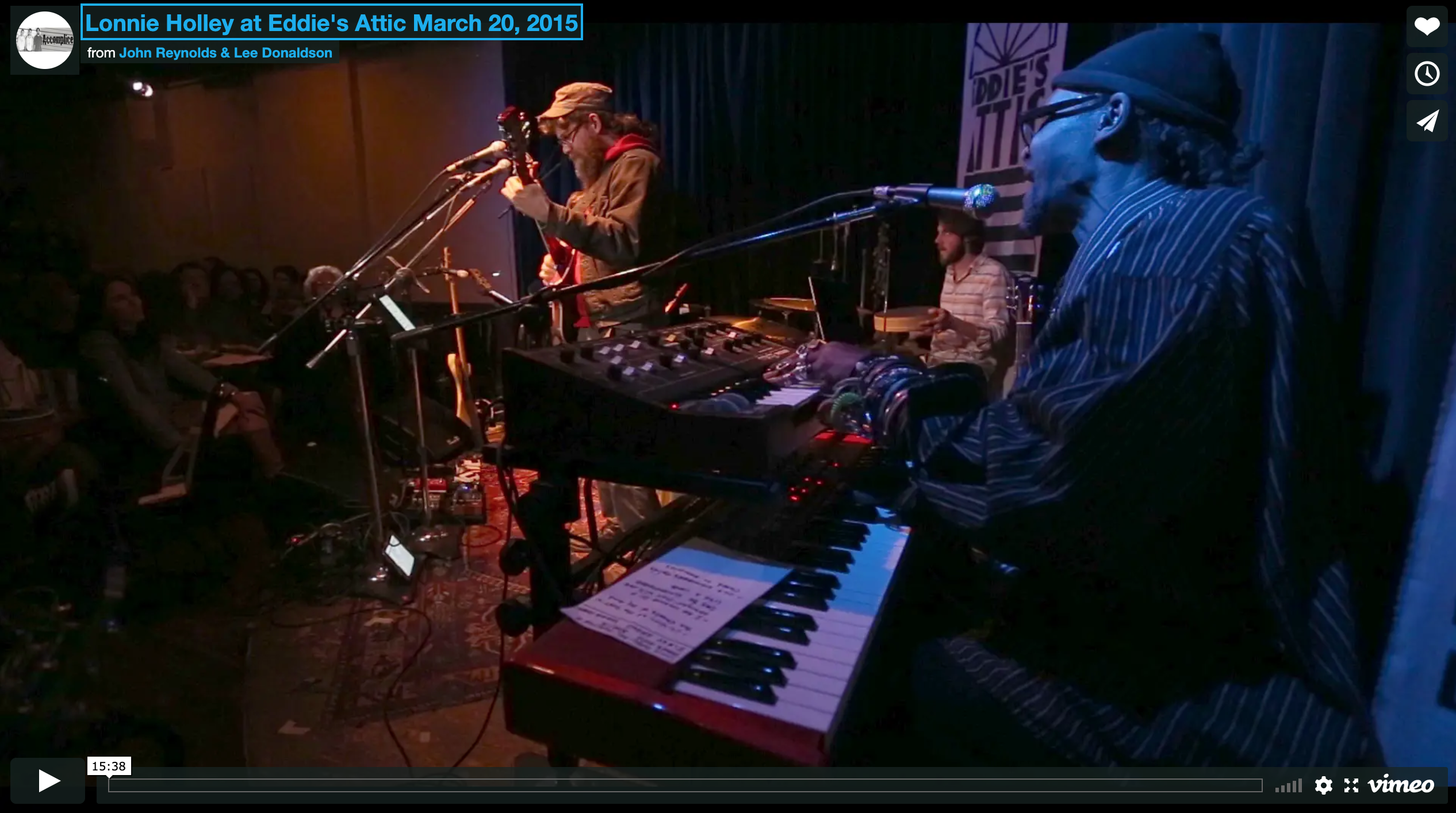