An entirely virtual exhibition, 10/10: Reflections on a Decade of Exhibitions celebrates ten years of exhibitions, partnerships, and programs produced in the Halsey Institute of Contemporary Art’s current gallery space inside the Marion and Wayland H. Cato Jr. Center for the Arts at the College of Charleston. We are spending summer 2020 taking a look back on the adventurous artists we’ve hosted and projects we’ve produced in that time. Over ten weeks, we will be taking a deep dive into each year, featuring blog posts on exhibitions, interviews with artists, and other explorations into the Halsey Institute’s past. This week we are profiling the last few months of 2009 and all of 2010.

Our very first exhibition in the Cato Center featured the artist Aldwyth. This exhibition, titled Work v./Work n. Collage and Assemblage: 1991-2009 traveled to other museums around the region, presenting a large number of collage and assemblage works that comment on the history of art, who is in and who is out, and what it means to be an artist. 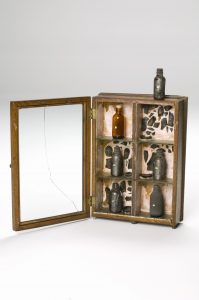 The next exhibition in 2010 featured powerful work by two photographers. In the exhibition Intended Consequences: Rwandan Children Born of Rape, South Africa-based artist Jonathan Torgovnik examines the horrendous sexual violence prevalent in Rwanda’s 1994 genocide. Artist Heather McClintock’s work was featured in The Innocents: Casualties of the Civil War in Northern Uganda, in which she documents the tragedies against the Ugandan people at the hands of the Lord’s Resistance Army over the past 20 years. 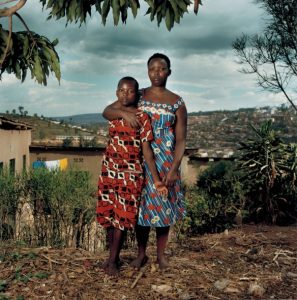 Jonathan Torgovnik, Josette with her son, Thomas. Courtesy of the artist. 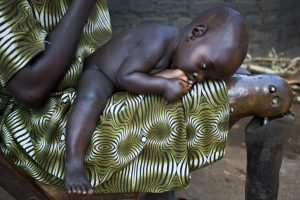 In May 2010, the Halsey Institute presented Call and Response: Africa to America. This exhibition consisted of work by two artists, Nick Cave and Phyllis Galembo, who explore the contours of the West African masquerade tradition. Galembo’s photographs document actual masquerade costume, while Cave’s Sound Suits vividly reinterpret them. The combination of these two artist’s work offers a powerful celebration of creativity, imagination, and cross-cultural communication. 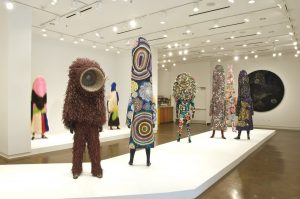 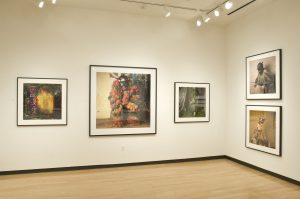 The fall of that year saw an exhibition of work by German painter David Stern titled The American Years, which featured the artist’s oil paintings characterized by their heavy impasto, As he created these works while living in New York City, you can see how they convey the frenetic energy of a modern metropolis. 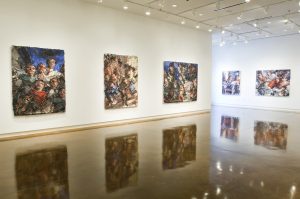 And finally, as part of a collaboration called Bluesphere: Earth Art Expo with other arts organizations in Charleston, the Halsey featured a suite of digital collages by Chris Jordan called Running the Numbers: An American Self-Portrait. Each of these works attempt to visualize mass consumption, showing us in greater scale how our singular actions collectively contribute to climate change. 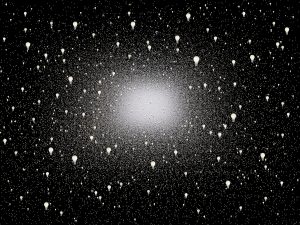