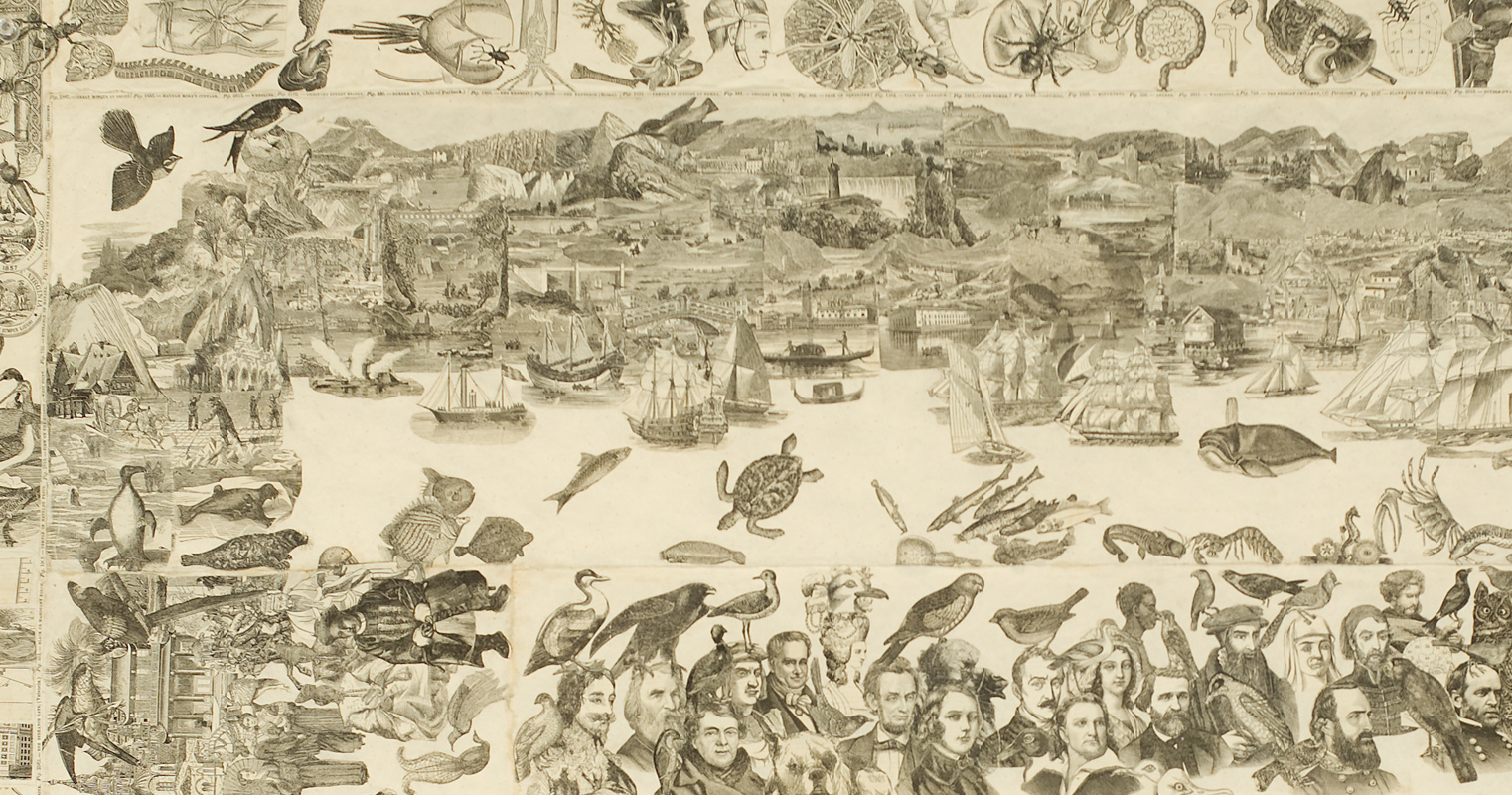 The Halsey Institute of Contemporary Art is proud to open the doors of its new gallery space, located in The Marion and Wayland H. Cato Jr. Center for the Arts with the exhibition, Aldwyth: Work v. / Work n. — Collage and Assemblage 1991- 2009. The exhibition begins with a reception on Fri. October 23rd, 6 – 8 pm and will run through Sat. January 9, 2010. During the reception, at 7pm the artist, Aldwyth, and curator, Mark Sloan, will lead interested guests on an exhibition walk-through. The first public viewing of the Halsey Institute’s new space will continue with a Hallelujah Chorus performed by members of the Taylor Festival Choir, CofC’s professional choir in residence, as well as a dance performance by local Charleston dance group, Buen Aché. The exhibition opening is the first of many celebratory events for the School of the Arts’ 20th anniversary.

This is the first major retrospective of the collage and assemblage artist Aldwyth. Now in her 70’s, Aldwyth lives and works in an octagonal house on the edge of a salt marsh on one of South Carolina’s sea islands. Aldwyth: Work v. / Work n. features fifty-two collage and assemblage works created within the past two decades. A film by John Reynolds with commissioned soundtrack by Bill Carson accompanies the exhibition, documenting the artist’s interaction with many three dimensional works. The Halsey Institute has also published a full color, 112-page exhibition catalogue including essays by curator Sloan and Boston artist/writer Rosamond Purcell. Aldwyth’s complex, often epic-scaled collages resemble “medieval manuscript pages writ large” says Sloan. Each piece can take years to make. Ackland Art Museum Director Emily Kass says about Aldwyth,”Her remarkable work demands to be seen. It is hard to think of an audience who will not be mesmerized by these extraordinary pieces of art.”

Check out this video featuring Aldwyth and her exhibition: 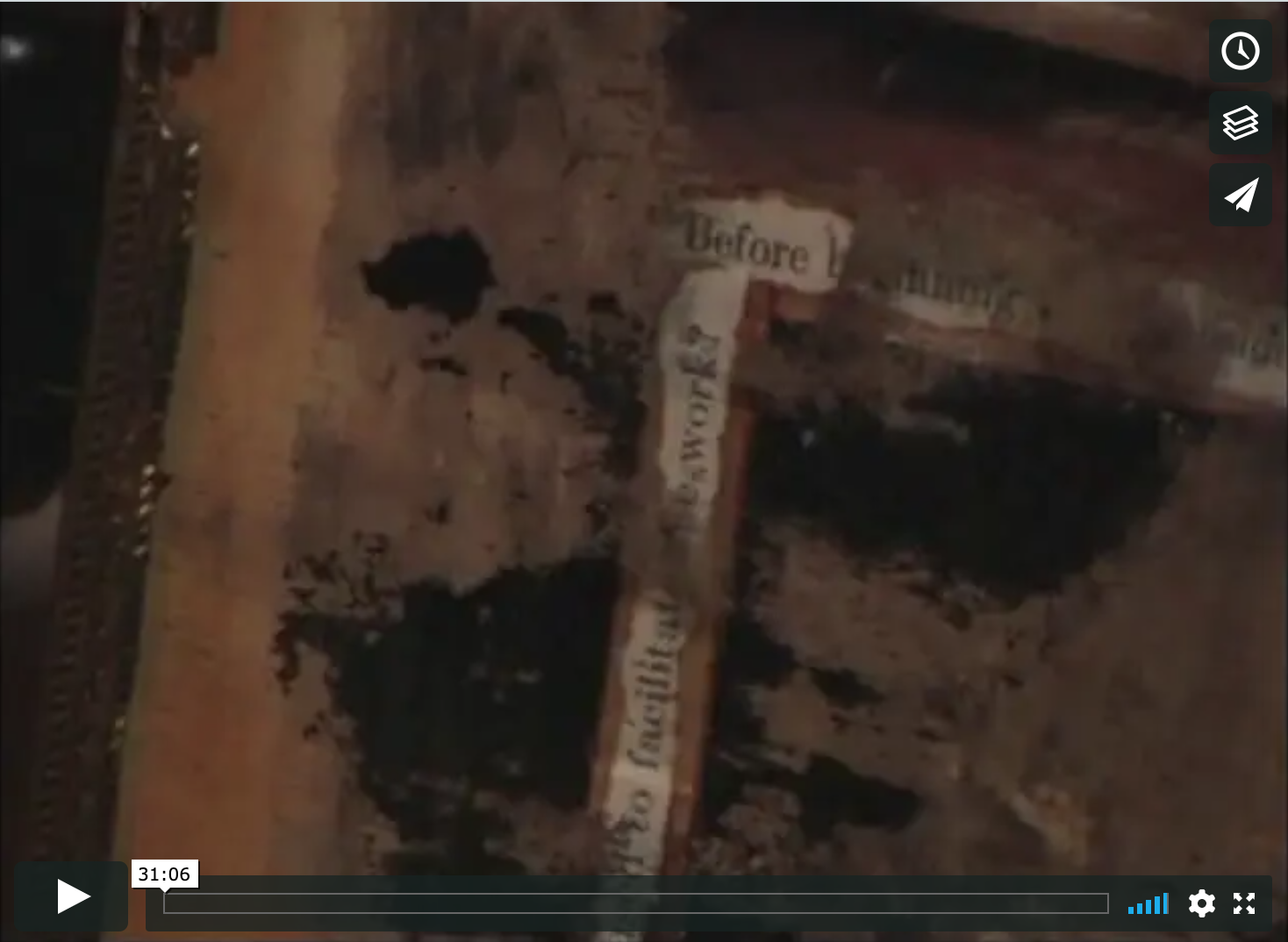 OUT OF THE MARGINS: ALDWYTH AND THE CLOAK OF ANONYMITY

This is the first major solo exhibition of Aldwyth, a collage and assemblage artist who stands on the edge of the art world. She paces around its perimeter, taking measure of its mass and scale. She dare not dip in her toe for fear that it may consume her, yet her preoccupation with its magnificence cannot be quenched. To understand the machinations therein, she makes lists—and lists of lists. She asks questions. Who is in the history of art? Who is left out—and why? She collects images of artists’ eyeballs, the better to see them with.

Now in her seventies, Aldwyth lives and works in an octagonal house at the edge of a salt marsh on one of South Carolina’s sea islands. For several decades, she has been producing important work in relative seclusion from the larger art world. Her assemblages are responses to the physical landscapes in which she has positioned herself—be it a hurricane-strewn island or a craggy meadow in the Colorado Rockies. The artist utilizes the history of art and ideas as the catalyst for complex, often epic-scaled collages that resemble medieval manuscript pages writ large.

Despite her avoidance of crowds and cities, she devours information and images available to her from a variety of sources—art magazines, libraries, bookstores, the Internet. She is a voracious reader and inveterate collector of detritus. All of the objects and images that enter her purview become fair game, served up as the raw material from which her works are made.

It is certainly ironic that this exhibition is being shown in several major museums, as the artist’s well-guarded cover will now be a thing of the past. Her identity has been so closely aligned to the margins, a full-scale exhibition and catalogue seem almost antithetical to her previously “anonymous” enterprise. The richness of the work compels me to bring this work into public discourse—to introduce the world to an important artist who otherwise might have remained undiscovered.

Beth Coiner dance performance inspired by the artwork of Aldwyth