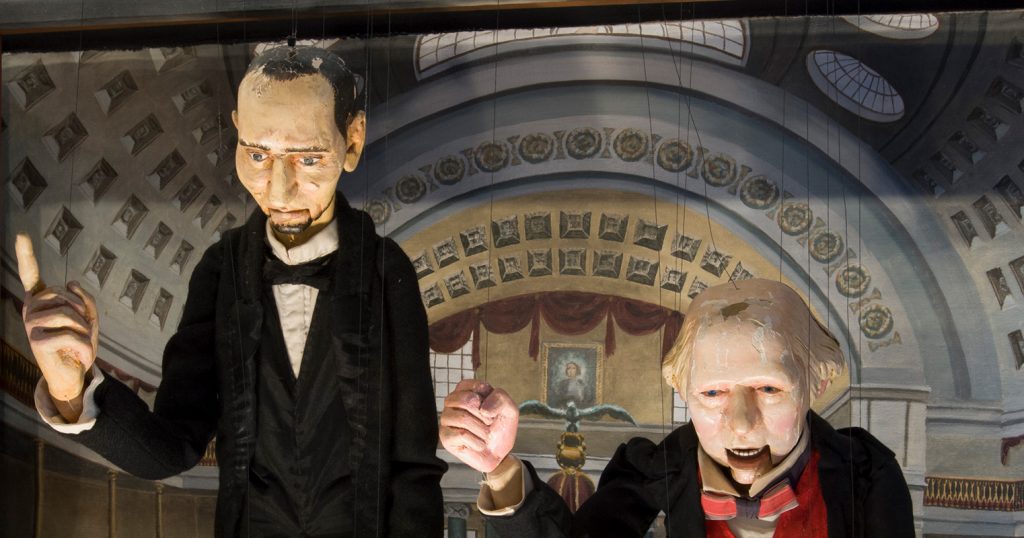 The exhibition follows Hessʼs ancestral lineage from 17th century England to the Puritan settlements of South Carolina and Georgia, where family members became key players in the War Between the States (1860–65). Through the prism of his ancestry, Hess examines the impact of false history and deception within each generation and throughout society as a whole, and questions the authority of these perceived “truths.” The ultimate subtext for the installation, which traces the trajectory of the Iverson, Patton, Nolan, and Hess family lines, is the seven-year old artist’s abandonment by his own father after a parental divorce.

F. Scott Hess, born 1955 in Baltimore, Maryland, began to draw intensely at the age of seven. He grew up in a small Wisconsin town, and received a Bachelor of Science in Art from the University of Wisconsin-Madison (1977). Attracted by the dark tone, intense psychological content, and the level of technical skill displayed by artists in Prague and Vienna, Hess moved to the Austrian capital in 1978, attending the Vienna Academy of Fine Arts for five-and-a-half years. He learned Old Master painting techniques, studied paint chemistry, drew thousands of figure drawings from life, and completed a year-long course at the Anatomy Institute. In 1979 Hess had his first solo exhibition in Vienna, quickly followed by exhibitions in Austria, Germany and France.

In 1981, he received one of Austria’s most prestigious awards for artists, the Theodor Koerner Award. In 1984 Hess moved to his current home of Los Angeles and in 1985 had his first American solo exhibition. Hess has exhibited in over one hundred group and solo exhibitions, including venues in Europe, Asia, and the Middle East. His work is included in the public collections of the Los Angeles County Museum of Art, Orange County Museum of Art, Oakland Museum, San Jose Museum of Art, and the Smithsonian Institute, among others. In 1990 he received a Western States Art Federation award, and in 1991 a J. Paul Getty Fellowship and a National Endowment for the Arts Visual Arts Fellowship. F. Scott Hess is represented by Hirschl and Adler Modern in New York and Koplin Del Rio Gallery in Los Angeles. Hess is currently on the MFA faculty at the Laguna College of Art and Design.

To purchase outside of gallery hours, please contact Halsey Institute Assistant Director, Karen Ann Myers, myerska@cofc.edu or 843-953-4422. We accept cash, check or credit card payments. We can ship to you!

Halsey Institute members receive 20% OFF this publication and all Halsey merchandise!