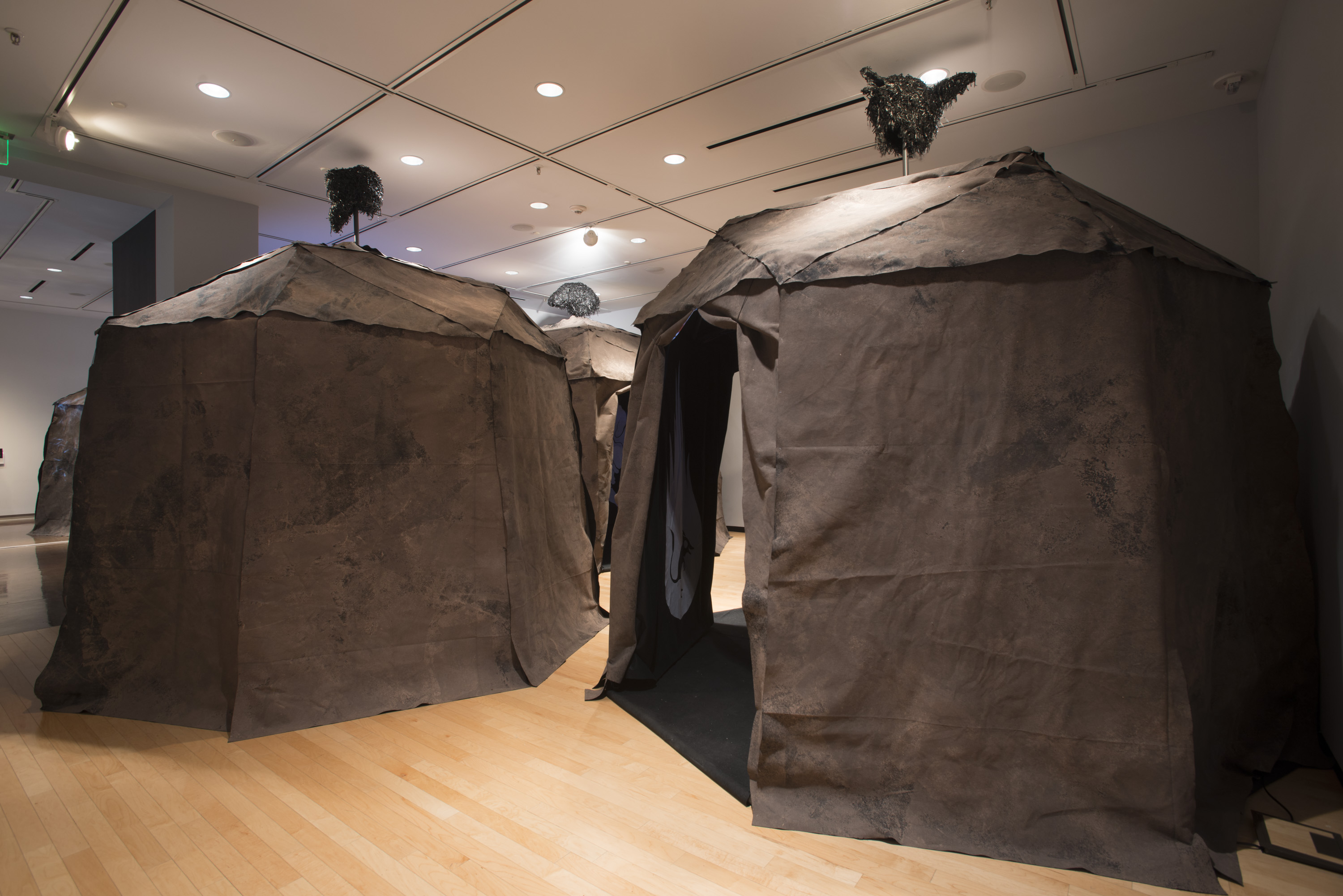 Opposed to turning a blind eye to the impact that mankind leaves on the environment, The Carrion Cheer, A Faunistic Tragedy embraces the attention that it receives. Forcing the viewer to fully immerse themselves into the exhibit, through the usage of tents and sounds, a strong message regarding extinction is given. Theatrical characteristics incorporated in the work aid in provoking thought for its viewers on a broader sensory spectrum.

The Carrion Cheer is not only an art installation but a statement that acknowledges how industrialization is detrimental to the existence of various species. Artists, Böhler and Orendt, chose nine animals to exemplify the understated harms caused by humans; animals chosen went extinct in different eras, however, humans remained a constant.

A nursery rhyme being sung by the animals holds both a forgiving and sarcastic tone. The words spoken describe the animals offering forgiveness to humans for causing their demise, while also telling that humans are next to go. These conflicting messages lead the viewer to discern whether the animals are sincere in their wishes. Regardless, the animals depict their deaths and being taken advantage of by mankind.

Reactions to the exhibit were diverse from the community, however, the common theme of a “haunting installation” continued. Children neglected to hold back their immediate feelings of being frightened when viewing the exhibit. In comparison, adults reacted with surprise at how the exhibit generated a strong emotional response in them as well. Many left the exhibit wondering what they can do to prevent further extinction or different conservation methods.