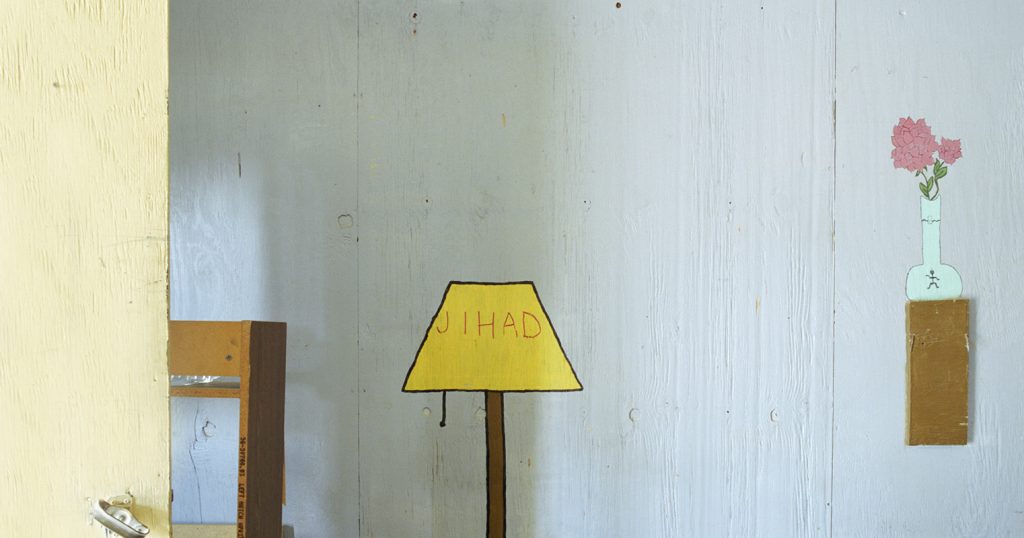 Christopher Sims currently teaches photography and multimedia at the Center for Documentary Studies at Duke University. He has worked as a photo archivist at the U.S. Holocaust Memorial Museum in Washington, D.C., and as a freelance web designer. Sims has a B.A. in History from Duke University, a masters in visual communication from the University of North Carolina at Chapel Hill, and a M.F.A. in studio art from the Maryland Institute College of Art.

In early 2005, I began making photographs within fictitious Iraqi and Afghan villages on the training grounds of U.S. Army bases, places largely unknown to most Americans. The villages are situated in the deep forests of North Carolina and Louisiana, and in a great expanse of desert near Death Valley in California. Each base consists of clusters of villages spread out over thousands of acres, in a pretend country known by a different name at each base: Talatha, Braggistan, or “Iraq.”

The villages serve as a strange and poignant way-station for people heading off to war and for those who have fled it. U.S. soldiers interact with pretend villagers who are often recent immigrants from Iraq and Afghanistan, who have now found work in America playing a version of the lives they left behind. The remainder of the village population is drawn from the local communities near the Army bases, including spouses of active duty soldiers as well as military veterans of America’s wars in Vietnam and Korea, some of whom are amputees and who play the part of wounded villagers in their new identities.

The villages are places of fantastic imagination. The actors continue playing their roles as police officers, gardeners, and café owners during the long stretches of day between training exercises. Some villagers plant crops that they harvest months later for food for their lunches and dinners. Others pass their leisure time painting murals on the interior walls to beautify their surroundings, or making arts and crafts to trade with other villagers.

Sometimes I visit the villages with access provided by the military’s public affairs office; other times I am a role player myself, playing the character of a war photographer for the “International News Network.” Here, backstage in the war on terrorism, I see insurgents planting a bomb in a Red Crescent ambulance; American soldiers negotiating with a reluctant mayor; a suicide bomber detonating herself outside of a mosque; and villagers erupting in an anti-American riot. The designers and inhabitants of these worlds take great pride in the scope and fidelity of their wars-in-miniature. By day’s end, hundreds of soldiers and civilians lay dead—the electronic sensors on their special halters indicating whether friendly fire, an improvised explosive device, or a sniper’s bullet has killed them. 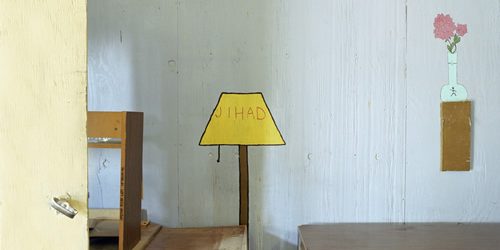 War on Terror: Inside / Out—Photographs by Christopher Sims and Stacy Pearsall juxtaposes the work of two artists: Sims’ photographs capture simulated Iraqi and Afghani villages in the US where troops train prior to their overseas deployment; while Pearsall, a military photographer, shows troops in the field in Iraq and Afghanistan. Timed to coincide with the beginning of Barack Obama’s first term as President, this exhibition provides a glimpse into two worlds we have had very little access to since the War on Terror began. According to Sloan, “These photographers show us aspects of what life is like for the U.S. soldier from training to battlefield.”