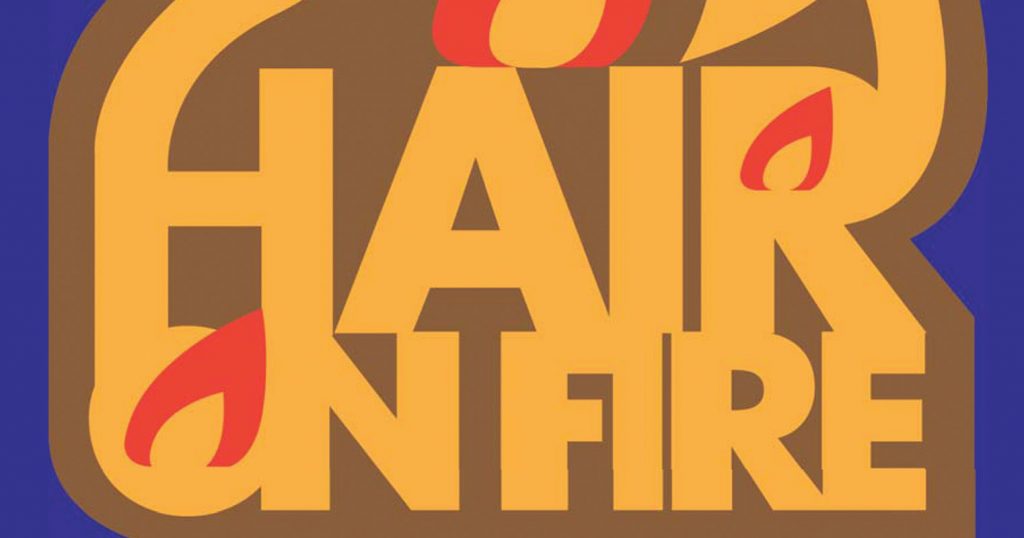 Curated by Mark Sloan, “Hair on Fire” represents six contemporary artists who explore the diverse history of human hair through their art—from its significance in mythology, cultural anthropology, fashion, and folklore, to its rich metaphorical possibilities. Each artist creates works that are either made of, incorporate, or relate to the hirsute. Artists featured are Caryl Burtner, Sonya Clark, Talia Greene, Ruth Marten, Althea Murphy-Price, and Loren Schwerd.

A native of Washington, DC, Sonya Clark is the Chair of Craft and Material Studies at Virginia Commonwealth University, School of the Arts. Previously, she was Baldwin-Bascom Professor of Creative Arts at the University of Wisconsin-Madison. She received a MFA from Cranbrook Academy of Art, Bloomfield Hills, MI, in 1995; and a BFA from the Art Institute of Chicago in 1993. Clark also holds a BA from Amherst College in Amherst, MA. Clark has earned a Pollock-Krasner Award, Virginia Commission of the Arts Fellowship, and Rockefeller Residency in Bellagio, Italy. Her work has been exhibited and collected by more than 150 institutions including the Museu de Arte de Brasilia in Brazil, Natal Society for Art in South Africa, Montreal Museum of Decorative Art, Goetlicher Gallery in Austria, Maxwell Gallery in Australia, Musees d’Angers in France. In the United States, she has exhibited at the Baltimore, Indianapolis, and Newark Museums; Fowler Museum at the University of California at Los Angeles; National Museum of African Art, Smithsonian Institution; and the Museum of Arts and Design in New York City. 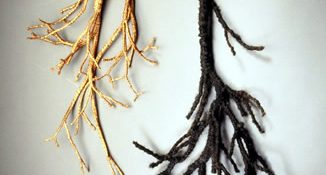 Hairdressing is the primordial fiber art. I connect with the sensuality of hair by making wigs and hair studies. Visceral memories of hairdressing evoke the forms: oily pomade between the palms and on fingertips to be massaged into parted hair, the buzz of the clippers, the smell of the lye in the relaxers, the pungent odor of burning hair, the slice of scissors through thick locks, the rhythm of braiding, the sound of the brush against a scalp, the tug of the tangle being forced to conformity.

Short, cropped, and natural. That was my hairstyle for many years. When I started allowing it to grow, hair, which had long been a subject in my work also became my medium. Hair is power. Note the Samson myth, Rastafarian dreadlocks, and Angela Davis’s Afro of the 1960s. Hair grows approximately 5 inches a year and measures our lives like Lachesis of the Three Fates in Greek mythology. As carrier of DNA, hair is the essence of identity. Deep within each strand, the vestiges of our roots resound.