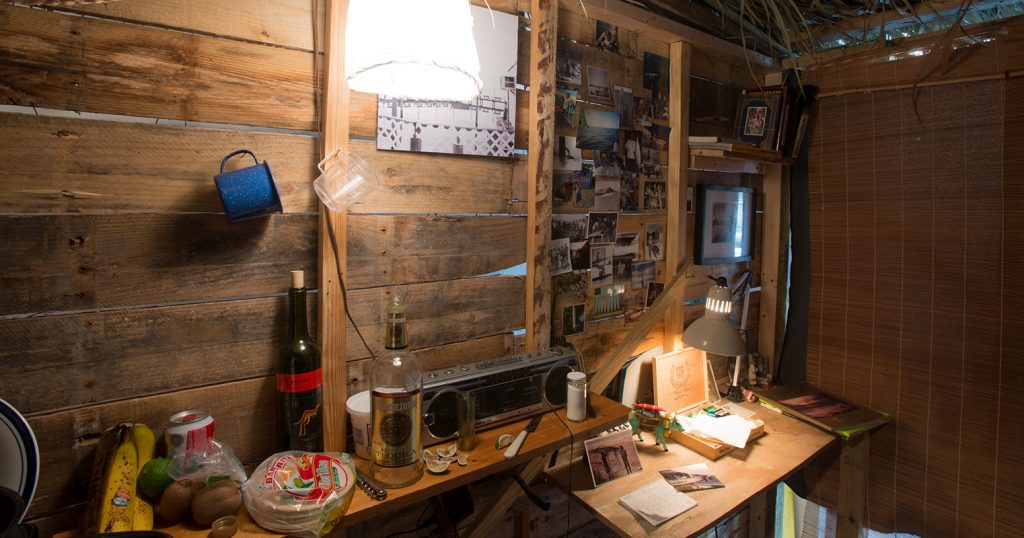 Each spring, current College of Charleston students are eligible to submit their recent work to the Young Contemporaries, giving them an opportunity to have their work chosen by a nationally prominent juror and exhibit in a professional gallery setting. The annual exhibition shows off the brightest talents coming out of the College’s School of the Arts, including painters, sculptors, printmakers, and photographers. This unique show gives students the opportunity to learn how to prepare for future gallery exhibits and helps them to practice the type of professionalism necessary for success in such a competitive field.

“The goal of the show is showing the best of the best, but also have it take on the flavor of what the students are producing at this point in time,” says last year’s juror, Scott Stulen. He continues, “It’s a little bit of a snapshot, in certain ways, of what’s happening within the College.” The Post and Courier calls the Young Contemporaries exhibit, “One of the highlights of the year.” This year’s entries are sure to impress.

Concurrent with Young Contemporaries will be the Salon des Refusés exhibition, showing in the Hill Exhibition Gallery within The Marion and Wayland H. Cato Jr. Center for the Arts. The origin of the Salon des Refusés dates to Paris in 1863, when artists who had been rejected from the official Salon caused such a protest that Emperor Napoleon III ordered another exhibition held for them. Among the painters in this Salon des Refusés were Camille Pissaro, Henri Fantin-Latour, James M. Whistler, and Edouard Manet.

For the 2014 Young Contemporaries exhibition, visiting artist Bill Dunlap was chosen to select the student works. On March 14, the Halsey Institute received 504 submissions from 156 students. We are thrilled with the quantity and quality of the work. We received 170 paintings, 95 drawings, 38 mixed media, 59 prints, 75 photographs, 2 videos, and 65 sculptures. Bill Dunlap, selected 63 works to be on view within the Halsey Institute galleries. Local artist and gallery owner Robert Lange will determine which accepted works will receive the seventeen awards and more than than $6,000 in prizes from both exhibitions.

These annual exhibitions are jointly produced by the Halsey Institute, the Studio Art Department, and the Student Visual Arts Club at the College of Charleston School of the Arts.

Awards Ceremony is at 6PM

BILL DUNLAP is an artist who divides his time between Western Maryland and New York City. His work has been shown extensively in galleries and museums across North America and Europe, including recent solo shows at the University of Maryland and at galleries in Boston, Denver, and San José. Recent group shows include galleries in London, New York, and Los Angeles. His work is included in several permanent collections, including the library collection of the New York Museum of Modern Art and recent acquisitions by the Universities of Wisconsin and Maryland. His work was recently featured in an exhibit at the Museum of Fine Arts in Boston, and he is currently engaged in a large-scale ongoing commission from the University of Maryland to paint murals on barns across the state. He and his work have been featured widely in print, television, radio, and on many art blogs. He has also worked as an illustrator, and his images and cartoons have appeared in magazines and newspapers nationwide.

Robert Lange received his BFA from the Rhode Island School of Design before moving to Charleston, SC to open Robert Lange Studios, a fine art gallery representing 16 contemporary painters from around the country.

As a painter, he specializes in realist painting, particularly of people, emphasizing narrative moments. Through his work, he wishes to ignite a sense of joy with paintings that record the inspiring moments that abound. His most notable bodies of work Measure (2009) and Go (2010) were nationally recognized and internationally collected. Lange has been featured in numerous magazines, including the cover of American Art Collector and Art Magazine, and in New American Paintings.

BUSINESS AS USUAL
THE INSISTENT IMAGE: RECURRENT MOTIFS IN THE ART OF SHEPARD FAIREY AND JASPER JOHNS