<br> is a selection of poetry named after the HTML element that produces line breaks. The project is organized by Isabel Prioleau. In response to our current exhibition, Larson Shindelman: Geolocation, <br> explores public-private overlaps, the digitalization of human experience, and the relationship between text and image, commenting on the place of poetry in our digital world.

On March 2, the Halsey Institute hosted a virtual poetry reading. The recording of this event can be viewed here.

We have a tendency to think of the poetic line break in terms of absence. It’s white space; it’s where the poem isn’t. So when I came across the HTML line break tag, I was struck by the way it calls attention to the presence behind this absence. The line break tag is unique in that it’s “empty,” that is, a tag with no content: it quite literally gives us a visual basis for absence. Through the line break tag, we can see the human programming behind the white space on the page.

This idea of visualizing absence—of finding the human programming behind digital text—immediately reminded me of why I find Geolocation so compelling. When we look at a Tweet, we’re presented with this disembodied piece of text; this disembodied data. I think the really striking work that Larson and Shindelman do is the work of visualizing the human presence behind the digital end product of the Tweet. In Geolocation, what we might normally take to be an impersonal political statement becomes an intimate, felt reality. Just as the line break tag shows us the human programming behind white space, so does Geolocation show us images that allow us to visualize the human experience behind Tweets.

So I started to see a connection between Geolocation and the poetic line—and, as a result, the line break tag not only became the basis for the project’s title, <br>, but also informed the ethos of the collection in my mind. I wanted to find a group of poets who would show the human programming behind all this seemingly-impersonal, endless data that we’re confronted with on the internet: every Tweet, every follower, every image.

I think poetry is an especially powerful means of doing this, because it can point us towards emotional truths without needing to rely on strict, linear narratives: we can understand a poem—be moved by a poem—without having it explained as a clear, logical sequence of events. I think this is similar to the way Geolocation works. Larson and Shindelman don’t give us a factual narrative, they don’t give us a biography of the Tweet’s author, and they don’t give us an exact replica of the conditions in which the Tweet was written. All of these would be impossible. Instead, they show us an emotional presence, and we’re left to fill in the gaps between image and Tweet.

Similarly, poetry can show us the emotional truths of what might seem impersonal, while not being confined to strictly-factual narratives. As you engage with the poems in <br>, I encourage you to look for this unique form of empathy in the digital world. We’ll never know the factual stories behind everything we see on the internet, but we can imagine the emotional, human programming behind every piece of data. Poetry is uniquely suited to this empathy, and I think it’s something that rings through all of the poems you’re about to hear.

Kirsten Ihns is the author of sundaey (Propeller Books, 2020). A graduate of the Iowa Writers’ Workshop, she is currently a PhD candidate at UChicago, where she co-curates the artist talk/reading series the cclouds, organizes UChicago’s Poetry & Poetics workshop, makes collaborative short video works, and researches attentional rhythms in long-form contemporary poetry and film. Individual poems appear in Hyperallergic, Bennington Review, jubilat, The Iowa Review and elsewhere. She is from Atlanta, GA, and Pensacola, FL.

Cortney Lamar Charleston is the author of Telepathologies, selected by D.A. Powell for the 2016 Saturnalia Books Poetry Prize, and Doppelgangbanger (Haymarket Books, 2021). He was awarded a 2017 Ruth Lilly and Dorothy Sargent Rosenberg Fellowship from the Poetry Foundation and he has also received fellowships from Cave Canem and the New Jersey State Council on the Arts. Winner of a Pushcart Prize, his poems have appeared in POETRY, The American Poetry Review, The Kenyon Review, Granta, The Nation and elsewhere. He serves as a poetry editor at The Rumpus and on the editorial board at Alice James Books. 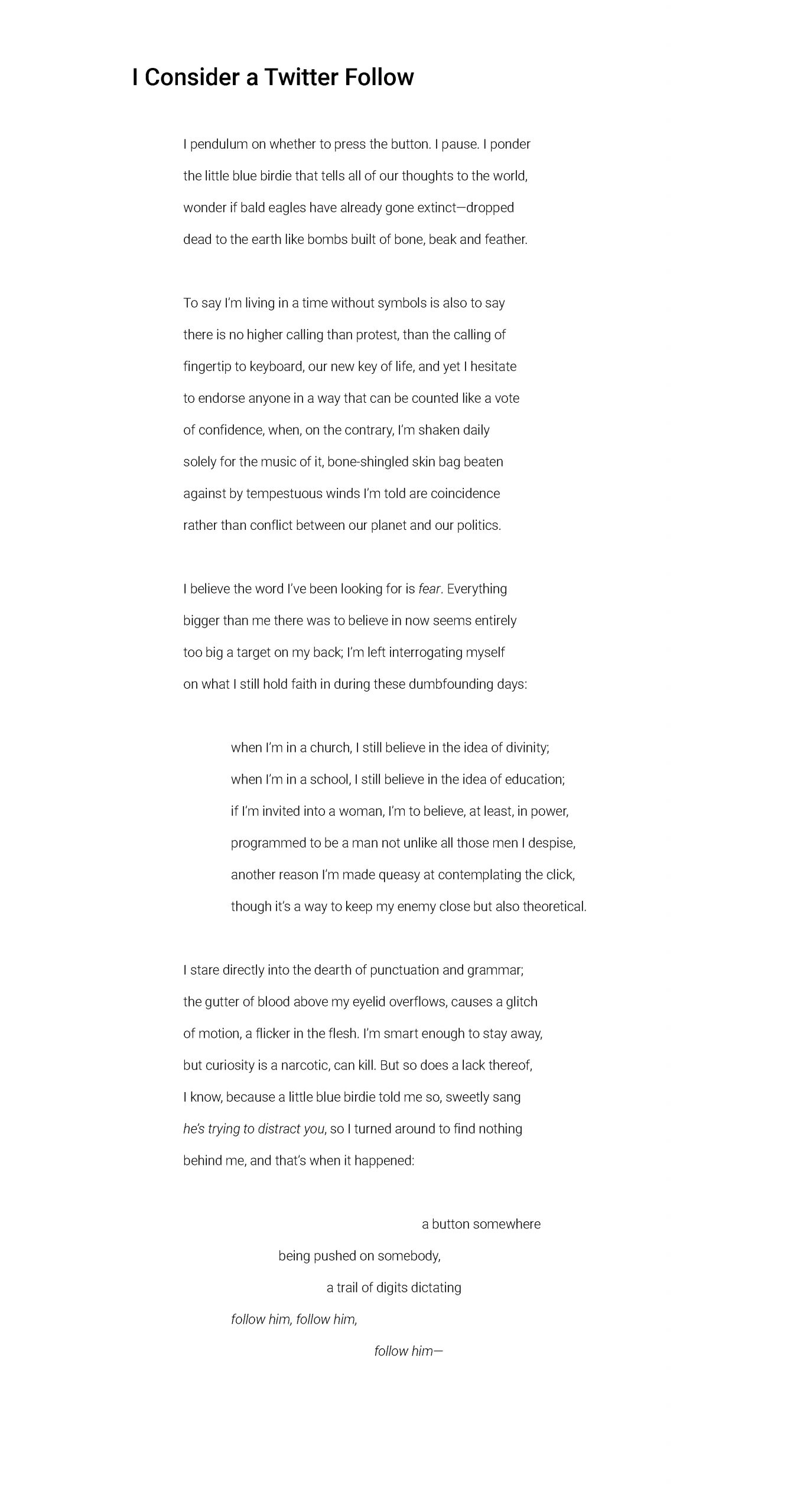 Maryam Monalisa Gharavi is an artist, poet, and theorist whose work explores the interplay between aesthetic and political valences in the public domain. Exhibitions and publications in 2021 include Matadero Museum, Paço das Artes, Sonic Acts, Circumference, Jan van Eyck Academie, among others. She is currently a Lecturer at Northeastern University, Adjunct Faculty at New York University, and Artist-in-Residence at Sonic Acts.

Toby Altman is the author of Discipline Park (Wendy’s Subway, forthcoming) and Arcadia, Indiana (Plays Inverse, 2017), as well as several chapbooks, including Every Hospital by Bertrand Goldberg (Except One), winner of the 2018 Ghost Proposal Chapbook Contest. His poems can be found in Gulf Coast, jubilat, Lana Turner, and other journals and anthologies. He holds a PhD in English from Northwestern University and an MFA in Poetry from the Iowa Writers’ Workshop. He has received fellowships from MacDowell, the Millay Colony for the Arts, and the National Endowment for the Arts.

Note: Altman’s poem is a response to the Larson Shindelman photograph Geolocation: This is Horrible 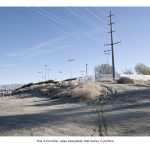 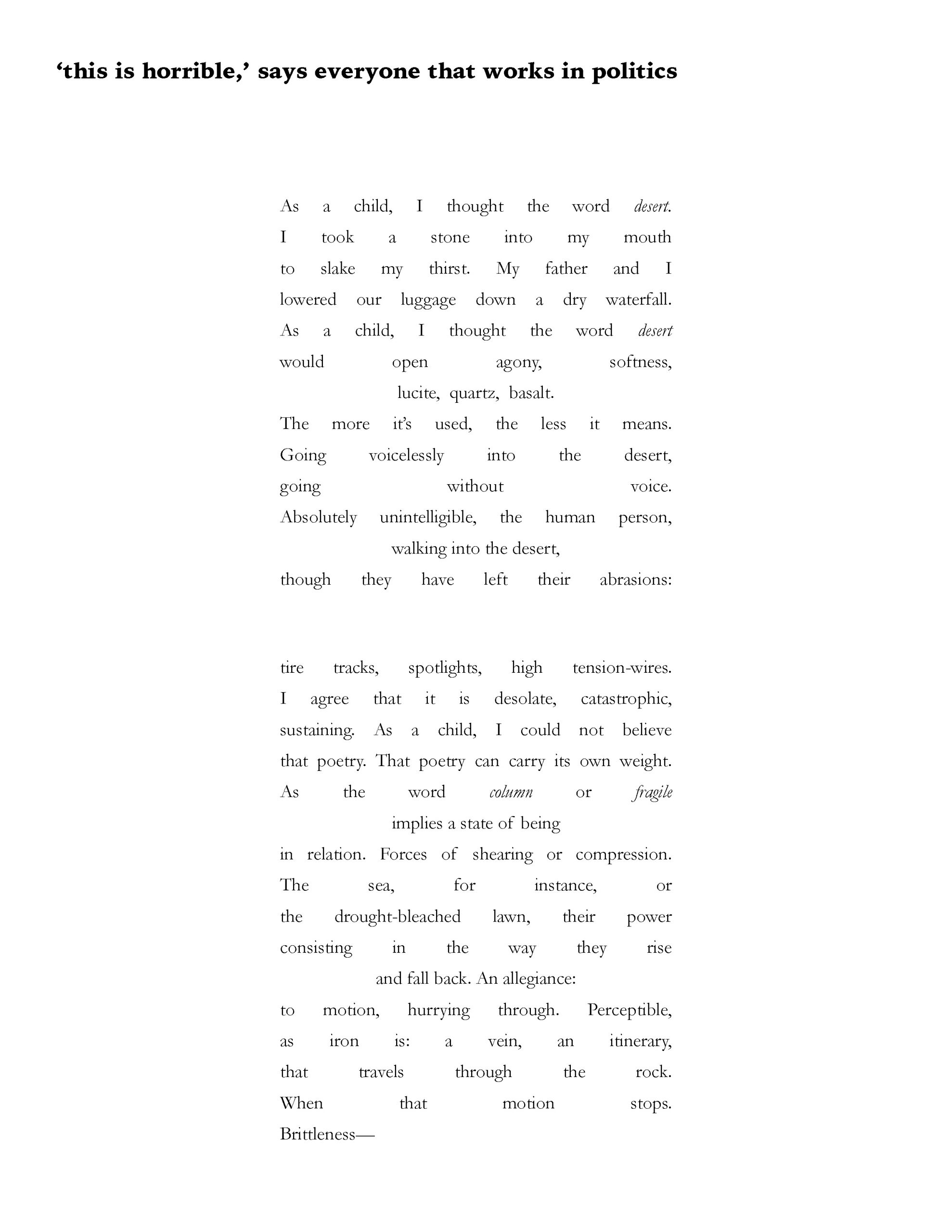 Isabel Prioleau is a student at the College of Charleston and current Halsey Institute intern. She was commended in the 2020 Adroit Prize for Poetry, and her writings have appeared in The Eunonia Review, Sienna Solstice, and the Post and Courier. She is also an upcoming reader for the Poetry Society of South Carolina’s March meeting. In Fall 2020 she organized a poetry project for the Halsey Institute’s virtual exhibition Dis/placements: Revisitations of Home.