ZanFagna proved to be a restless innovator and inventor. His notebooks, journals, and early works overflow with remarkably prescient descriptions of such things as the development of the personal computer and the Kindle—“all the world’s books in the palm of your hand”—in an exhibition at the Whitney Museum of American Art, in 1971. He also anticipated large-scale use of solar panel technologies and the use of biological processes, algae and ethanol, to generate energy.

Through a remarkable journey of discovery, chronicled indozens of densely illustrated and annotated sketchbooks, DonZanFagna became obsessed with the idea of designing a formof sustainable architecture that was in harmony with natural processes—a structure he called the Pulse Dome. From roughly1971 through 1995, he researched world indigenous structures,insect architecture, wombs, and such natural forms as caves,tunnels, and volcanoes to learn what had been done already andwhat was still likely to be accomplished by others in relation tosustainable human architecture. Among other lines of inquiry, he explored Palladio’s notebooks, an amalgam of many other architects’ notes, to try to unlock the secrets of the Egyptians’sacred geometric harmonies. 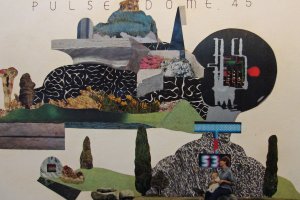 THE PATERNAL SUIT: HEIRLOOMS FROM THE F. SCOTT HESS FAMILY FOUNDATION
TALES OF THE CONJURE WOMAN