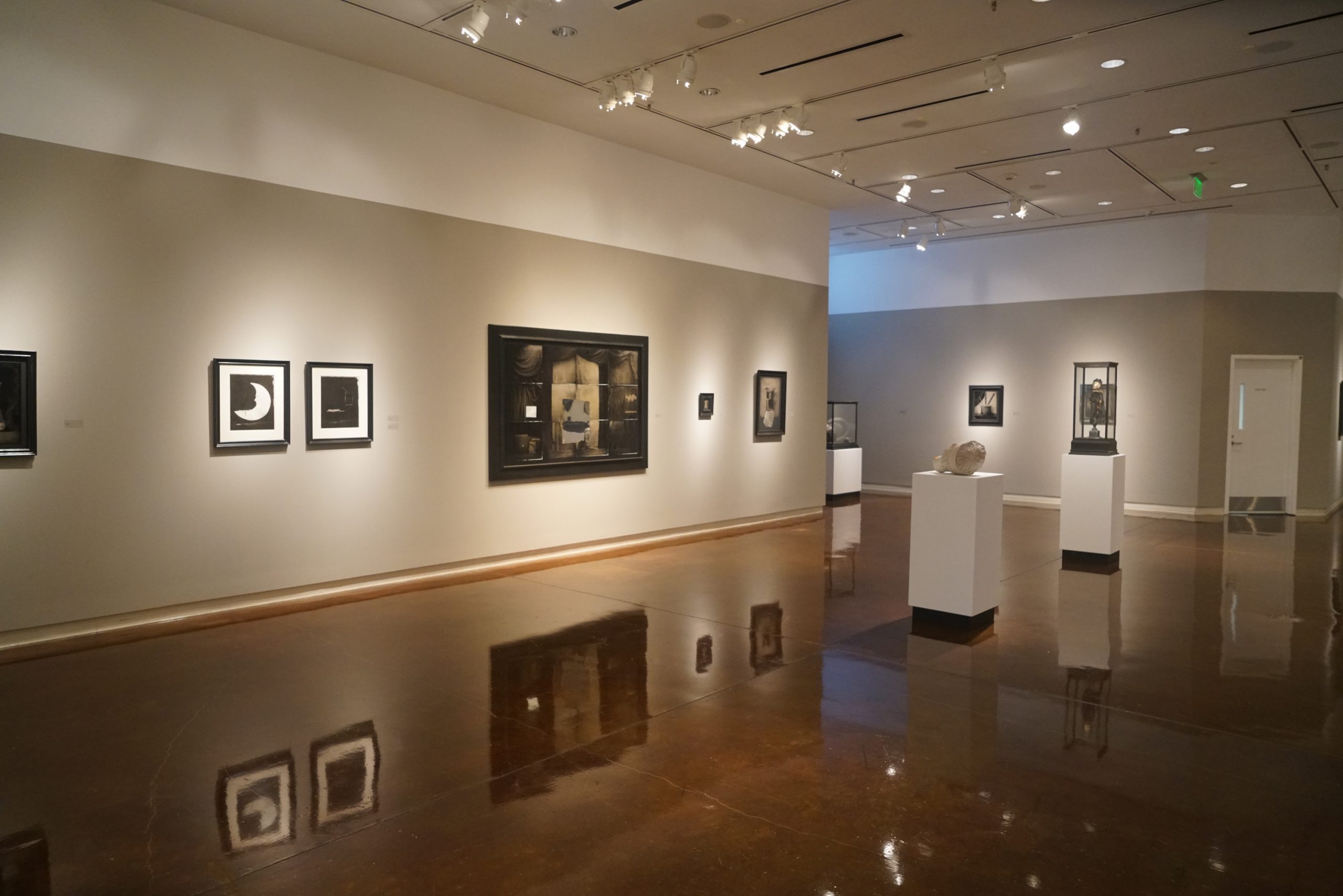 The work of Dan Estabrook oscillates between image and object and back again. Using antiquated forms of photography, such as salt prints and tintypes, Estabrook examines the objecthood of photography and its ability to represent the truth. He often combines multiple tintypes or adds metal to his images, further commenting on photography’s connection to reality. His sculptural works become recreations of his photos, further blurring the line between image and object. Interested in the studio as a site for fabrication, Estabrook’s sleight of hand in creating still life tableaus asks viewers to reconsider why things appear as they seem.

Open to all levels. Email halseyRSVP@cofc.edu to reserve your space

Open to all levels. RSVP to halseyRSVP@cofc.edu

RSVP to halseyRSVP@cofc.edu and save time at the door

Dan Estabrook was born and raised in Boston, where he studied art at city schools and the Museum of Fine Arts. He discovered photography in his teens through the underground magazines of the punk-rock and skateboarding cultures of the 1980s. As an undergraduate at Harvard, he began studying alternative photographic processes with Christopher James. In 1993, after receiving an MFA from the University of Illinois, Urbana-Champaign, Estabrook continued working and teaching in Illinois, Boston, and Florida, eventually settling in Brooklyn, New York.

Estabrook has continued to make contemporary art using the photographic techniques and processes of the nineteenth century, with forays into sculpture, painting, drawing, and other works on paper. He has exhibited widely and has received several awards, including an Artist’s Fellowship from the National Endowment of the Arts in 1994. A documentary on Estabrook and his work was produced in 2009 for Anthropy Arts’ Photographers Series.

ESSAY | The Real Lives of Images: Permanence and Whimsy in the Art of Dan Estabrook

The Real Lives of Images: Permanence and Whimsy in the Art of Dan Estabrook

The work of Dan Estabrook oscillates between image and object and back again. Using antiquated forms of photography, such as salt prints and tintypes, Estabrook examines the objecthood of photography and its ability to represent the truth. He often combines multiple tintypes or adds metal to his images, further commenting on photography’s connection to reality. His sculptural works become recreations of his photos, further blurring the line between image and object. Interested in the artist’s studio as a site for fabrication, Estabrook’s sleight of hand in creating still life tableaus asks viewers to reconsider why things appear as they seem.

Estabrook’s interest in photography stems in part due to the medium’s relationship with physical objecthood. In the earliest days of photography, images were created directly on physical surfaces such as tin, copper, or glass. In this sense the photograph existed as a physical object, much like an oil painting on a canvas. Each of these antique photographic methods created a unique image—one that could not be replicated like a photograph from a negative or even a digital image. Conceptually, the earliest photographs were much unlike their contemporary counterparts.

This distance between antique and contemporary photographic methods forms a basis for exploration in Estabrook’s work. In The Mirror, 2018, Estabrook uses a cut tintype, featuring an image of a mirror being held by two hands appearing from off frame. For the surface of the mirror, the artist has placed a piece of silver-plated copper, which not only represents the mirror but functions as one. With this piece of silver-plated copper, Estabrook nods to one of the earliest photographic technologies, the daguerreotype, which used the same material for its surfaces. Along with the mirror surface, the artist has included two 1869 3-cent pennies, relics made of metal from the age of the daguerreotype, much like the photographic works themselves. The combination of these objects—a tintype, a mirror, and coins—further comments on photography’s connection to the physical world.

In the earliest days of photography, such specialized processes initially required photographs to be produced in a studio, and Estabrook’s work explores the role of the studio in terms of a site for production and manipulation. In his series Platonic Solids, 2020, the artist endeavors to represent vital physical elements through sculpture and photography. Taking its name from a group of regular polyhedrons theorized by Plato, which correspond to naturally occurring crystalline structures found in physical substances, the series presents a studio stage set for each photograph1. Each of the six works in the series features a different polyhedron corresponding to its eponymous natural substance, and the sculpture is flanked by relevant props, such as burnt charcoal for fire and clay for earth. The repetitive use of the stage setup—along with varied background drapery—points to the use of the studio in the history of photography. With his Platonic Solids series, Estabrook uses sleight of hand, allowing these onerous photographic methods to explore the natural world, despite being confined to a studio.

Estabrook’s forays into sculpture echo this conceptual exploration of photography. With To Reach You, Two, 2015, plaster cast hands on found stands in their own vitrines are connected by a long strand of hair. The hair serves to break the isolated nature of the sculptures in their vitrines. Typically, sculptures and other anthropological artifacts on view in a museum are confined to their cases; here, Estabrook connects the two objects, giving them life outside their usual environments.

Estabrook’s work serves as an exploration of how works of art exist in the physical world, and how artists can manipulate them to make them appear different than what they represent. His use of antique photographic techniques reconnects the medium to the natural world, and it helps remind us that the plethora of images that bombard us each and every day are reproductions—either via a matrix of digital pixels or a film negative. His use of props and references to the studio also illuminate photography’s beginnings, allowing us to realize how the medium has drastically changed since its inception.

NOTES
1. Platonic Solids, as theorized by the philosopher, consist of three-dimensional volumes whose faces are not only identical, but are regular, meaning that all their sides are of equal length and all angles are also identical (for instance, an equilateral triangle). Note that Estabrook’s Non-Platonic Solid features a three-dimensional volume whose constituent faces are not regular. Unlike its Platonic counterparts, it stands alone on the wooden studio table.

YOUNG CONTEMPORARIES 2021
YOU ARE HERE