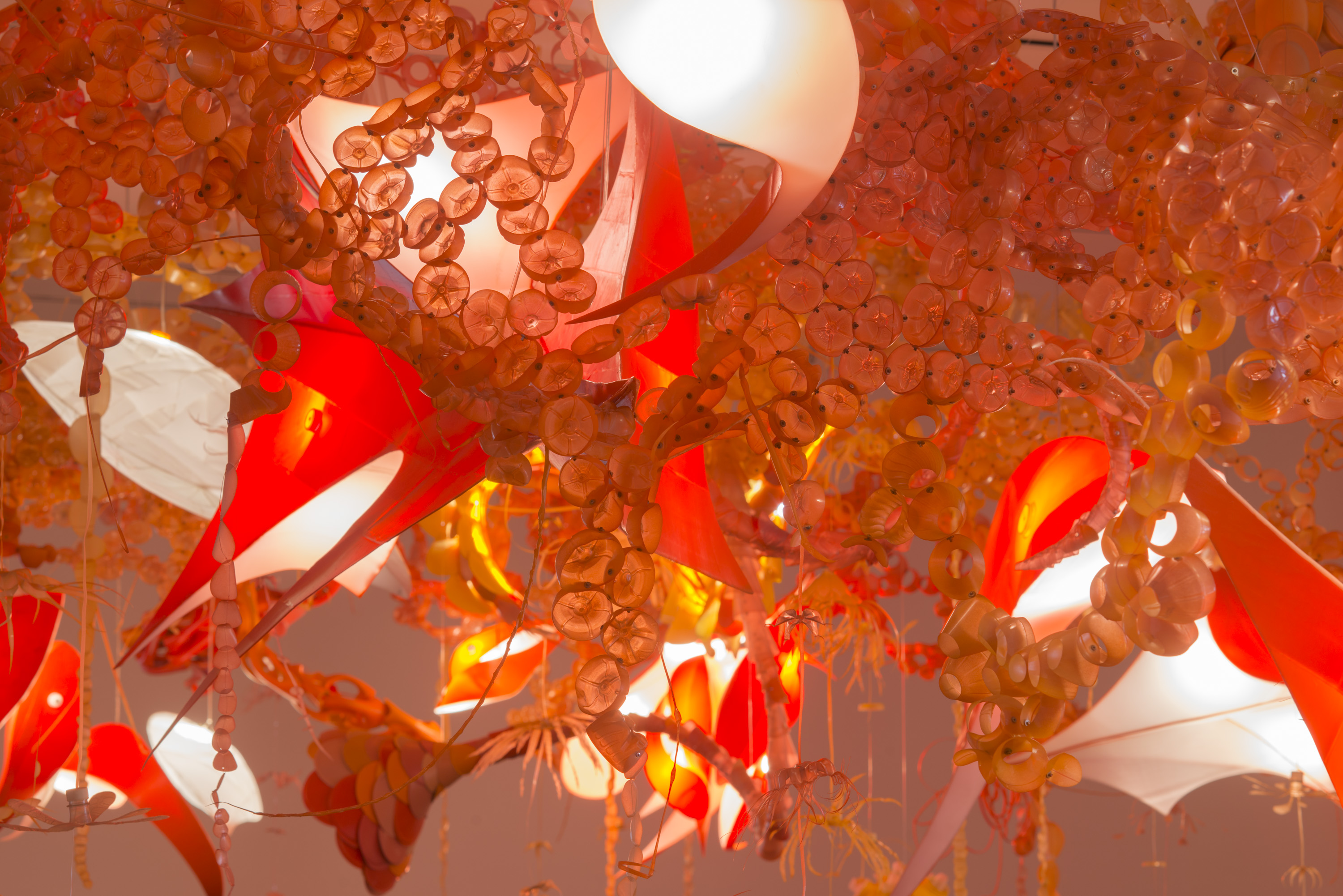 Co-presented by the South Carolina Aquarium

SEA CHANGE is a series of exhibitions and programs presented in collaboration with the South Carolina Aquarium to raise awareness of our enormous plastic waste problem and the detrimental effects on our planet. SEA CHANGE features the exhibitions Aurora Robson: The Tide is High and Chris Jordan: Midway at the Halsey Institute. Jordan’s breathtaking imagery helps us recognize the monumental effects of plastic waste on distant ecosystems, and Robson’s work provides strategies towards intercepting the waste stream and upcycling discarded plastics into new objects. Aurora Robson will also have a piece, Wave, exhibited at the South Carolina Aquarium.

Along with their respective exhibitions, Robson and Jordan will be giving public lectures about their work and Jordan’s film ALBATROSS will premiere at the Charleston Music Hall. Robson will also work with College of Charleston students on a project to reclaim materials from a local beach clean-up that will be used to create works of art. With SEA CHANGE, we hope to engage Charleston and the Lowcountry in actively recognizing and mitigating our enormous plastic waste problem.

AURORA ROBSON: THE TIDE IS HIGH

The Halsey Institute presents a new body of work and site-specific installation by NY-based sculptor Aurora Robson. As an artist who explores ecological issues, she creates lively and intricate sculptures from plastic debris, transforming quotidian waste into aesthetic objects of beauty and reflection. Under her meticulous manipulation, the plastic materials she uses in her works take on an organic quality, thus connecting back to nature.  Many of her works take on forms that resemble the otherworldly organisms that exist on ocean floors; in this way, her work is further associated with the sea, which is often the ultimate repository for plastic waste. Her works reference a legacy of using found objects as media for sculpture, and by transforming everyday trash into works of art, her sculpture forces viewers to consider their own relationship with plastic materials and waste.

For her presentation at the Halsey Institute, she will create a large site-specific installation using plastic debris welded into new forms.

This event is for Conceptualist Members ($500) and above.

THE TIDE IS HIGH: WHERE ART AND ACTION COLLIDE: A lecture by Aurora Robson

Open to all members.

Aurora Robson is a multi-media artist known predominantly for her meditative work intercepting the plastic waste stream. Her practice is about subjugating negativity and shifting trajectories. Her work is a formal meditation on recurring nightmares she had as a child which she hybridizes with forms found in nature. Robson was born in Toronto in 1972 and grew up in Hawaii. She lived and worked in New York City for over 2 decades during which time she studied art history and visual arts at Columbia University. Recently, Robson moved to the Hudson Valley to raise her two daughters with her husband Marshall Coles.

Aurora Robson is a recipient of the Pollock-Krasner Grant, a New York Foundation for the Arts Fellowship in Sculpture, a TED/Lincoln Re-Imagine Prize and a National Endowment for the Arts Art Work Grant. She has exhibited her work internationally in museums, galleries and non-traditional spaces since 2002.

Robson is also the founding artist of Project Vortex, an international collective of artists, designers and architects who also work in innovative ways with plastic debris. Robson is passionate about developing integrative methods for artists and designers to utilize plastic debris as a raw material. Since 2014, Robson has been developing and assisting with the implementation of a course called Sculpture + Intercepting the Waste Stream designed to foster creative stewardship through academia at colleges, universities and high schools around the world.

Learn more about the artist at: https://www.aurorarobson.com/