The Halsey Institute of Contemporary Art is organizing a multi-faceted showcase of American artist and musician Lonnie Holley. The comprehensive project features a residency, exhibition, video, concert, and monographic catalogue. This exhibition is Holley’s first solo museum exhibition since 1994. The exhibition will feature a selection of the artist’s assemblage works since the early 1990s, with an emphasis on recent work. For the residency, Lonnie Holley will create works on site, as well as visit with several K-12 school groups and College of Charleston classes. The exhibition will be on view from August 22 – October 10, 2015 with an opening reception celebration at 6:30pm on August 21. Lonnie Holley will also have three works on view in the Rotunda of the Marlene and Nathan Addlestone Library concurrent with the exhibition within the Halsey Institute galleries. This project is supported in part by the Friends of the Library at the College of Charleston, as well as grants from the National Endowment for the Arts and the Elizabeth Firestone Graham Foundation. The exhibition is a visual arts offering of the MOJA Arts Festival, which is produced by the City of Charleston Office of Cultural Affairs. 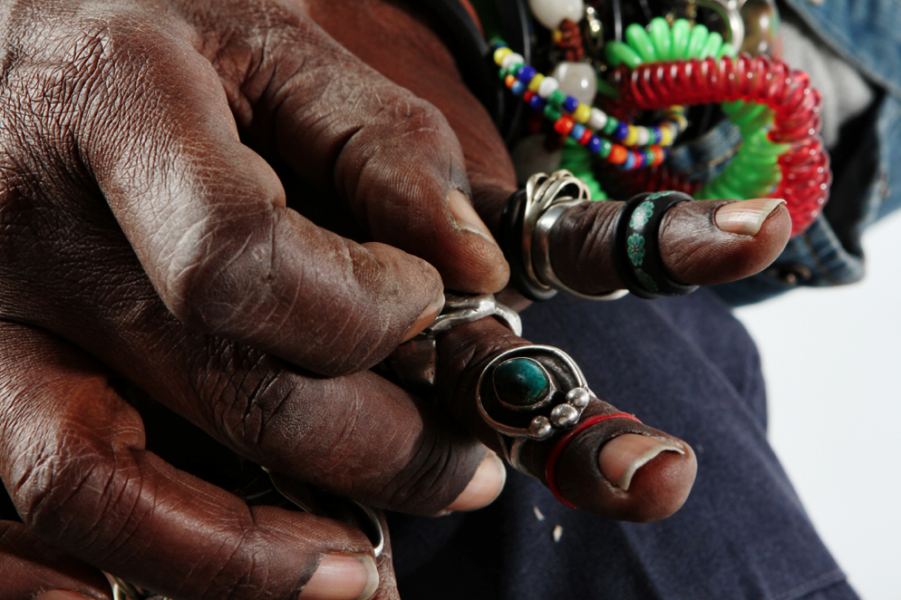 The exhibition will feature a selection of 40 works on loan from the artist, collector William Arnett, and the Atlanta-based, Souls Grown Deep Foundation. Lonnie Holley incorporates natural and man-made objects, already imbued with cultural and artistic associations, into narrative sculptures that commemorate places, people, and events. These objects “speak” to Holley, unleashing his creative imagination. Holley believes that art and life are in constant need of renewal so he transforms objects that have been discarded or appear worn and gives them new life. According to catalogue essayist Leslie Umberger, “Like many traditional practices and folkways, his work functions to keep people alive in his memory and map his own existence in relation to theirs. It is deeply autobiographical, but encompasses other planes—the conjoined stories of African Americans and all people born into legacies of struggle and oppression; personal history as American history.”

Everything Lonnie Holley creates is spontaneous and improvisational. Editing and repurposing are an integral part of his creative method. He presents concepts poetically, utilizing memory and storytelling to catalyze thought. The power of Holley’s work derives from the multiple associations brought forth by new juxtapositions and innovative combinations of familiar objects. These collisions excite the faculties of memory and meaning in the viewer. His works offer a trace of one artist’s raw and honest attempt to turn a thought into a thing.

See below for our video SOMETHING TO TAKE MY PLACE: The Art of Lonnie Holley by John Reynolds and Lee Donaldson, created for Holley’s exhibition at the Halsey Institute.

Free and open to the public. Halsey Institute Director and Chief Curator Mark Sloan will lead a walk- through of the exhibition with the artist and discuss his work and life.

VIP RECEPTION IN THE GALLERIES

Free and open to the public. Lonnie Holley will talk with visitors and lead them in creating small assemblage works from found objects gathered from the city. Participants can bring their own materials to work with or use some provided. All ages are welcome!

GALLERY TALK WITH ESSAYISTS AND SCHOLARS

Free and open to the public. Something to Take My Place essayists Leslie Umberger, Bernard L. Herman, and Theodore Rosengarten will walk through the exhibition with visitors and discuss their varied approaches and impressions of Holley’s works.

LONNIE HOLLEY IN CONCERT AT THE CHARLESTON MUSIC HALL

In addition to Holley’s exhibition inside of the Halsey Institute galleries, he will be performing at the Charleston Music Hall with cellist Ben Sollee and multi-instrumentalist Infinitikiss.

A believer in the constant renewal of art and life, as well as the rebirth and transformation of seemingly everyday or discarded objects, Lonnie Holley’s own life story is its own personal renaissance. Born one of twenty-seven children by the same mother in Birmingham, Alabama; Lonnie remembers being traded for a bottle of whiskey at a young age. A collector of found objects since his childhood, it wasn’t until the death of his two nieces from a house fire in 1979, that his artistic career began to take shape. Intending to use carved sandstone and everyday kitchen tools as tombstones for the girls, Holley’s creative career began as he reworked large pieces of sandstones. Collectors and museum directors began taking note of Holley’s evolving artistic output, and many of his pieces are a part of collections of museums such as the Whitney Museum of American Art, the Metropolitan Museum of Art, and the Smithsonian Institution.

Ever poetic about his artwork and stories drawn from his own life experiences, Holley has also been a prolific and eclectic musician, touring internationally for many years. Holley has been making and recording music privately since the early 1980s, mostly on keyboards and with recording devices he sourced from flea markets and thrift stores. He made his first professional recordings in a makeshift recording studio in a church in Gee’s Bend, Alabama in 2006. In 2010, he went back into the studio to record what would be his debut album, Just Before Music, which came out in 2012. In 2013, his follow-up record, Keeping a Record of It, was released. Both albums were released on the Dust to Digital label.

His records made many critics Top 10 lists, including those of the Chicago Sun Times (#2) and the Washington Post (#4). The Vinyl Factory, a magazine devoted to writing and covering music released on that medium, named Holley’s two records the best vinyl releases of the year. His music has been featured in Mojo, Pitchfork, NPR Music, New York Times, The Fader, The Wire Magazine, Washington Post, and many others. He continues to perform live and record as often as possible.

To accompany the exhibition, the Halsey Institute has published the first monograph of Lonnie Holley’s work. The catalogue contains essays by Mark Sloan, director and chief curator of the Halsey Institute of Contemporary Art; Leslie Umberger, the curator of Folk and Self-taught Art at the Smithsonian American Art Museum; Bernard Herman, Distinguished Professor of Folklore at the University of North Carolina at Chapel Hill; and an “as-told-to” autobiography by noted oral historian Theodore Rosengarten. The publication contains reproductions of over 70 of Holley’s assemblage works and provides a comprehensive overview of Holley’s art, life, and philosophy. With photographs by John Bentham, the book was designed by award-winning graphic designer Gil Shuler, and edited by Mark Sloan. The catalogue will be distributed internationally by D.A.P. (Distributed Art Publishers).

To purchase the exhibition catalogue click HERE, You can also stop by the galleries or call (843) 953-4422. Halsey Institute Members receive 20% off publications and all Halsey Institute merchandise.

Lonnie Holley has written descriptions of his pieces in the exhibition. He presents his concepts poetically, utilizing memory and storytelling to catalyze thought. The power of Holley’s work derives from the multiple associations brought forth by new juxtapositions and innovative combinations of familiar objects. We have created and in-gallery guide that contains Holley’s thoughts and descriptions. These statements are also available in the Something to Take My Place exhibition catalogue.