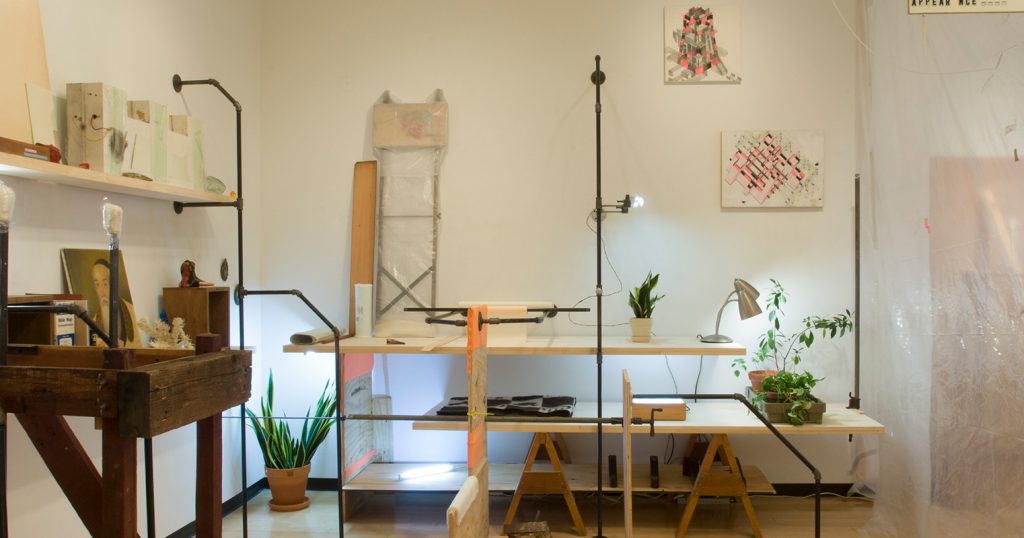 Joseph Burwell’s singular vision offers a world engineered by a network of realms and technologies, meticulously constructed and superimposed. The effect of architecture and space onto the psychology and emotions of the viewer is pivotal to the artist’s work. His drawings on wood are blueprints for modular structures inspired by ancient sacrificial sites, modernist habitats and medieval fortifications. His studio contains elements referencing the structures found in his intricate works.

Born in Iceland in 1970 and raised in southwestern Virginia, Joseph Burwell began to study Architecture at Savannah College of Art and Design, but changed his major to Studio Arts and received his bachelors degree at the College of Charleston in 1993. He received his MFA in Sculpture from Tulane University in 1999 and moved to New York in 2000. Since, Burwell has exhibited in New York, Switzerland, Finland, Norway, Ireland, Egypt, Canada, South Korea, and many venues across the U.S. He is a 2011 New York Foundation for the Arts Fellow (Printmaking/Drawing /Artists Books).