“I call my practice with the camera Language Photography because my nature to understand speech as a visual medium sees it that way; over the years I’ve noticed the pictures I am most attracted to happen when muttering occasions the moment of exposure – these scenes, from a camera guided as much by ear as eye strike me as a way to preserve both what I saw and what I thought.” 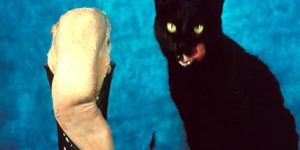 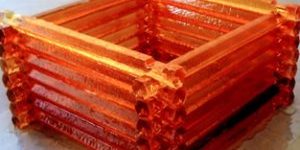 A World Writ Large: Language and Photography in the Art of Chris Sullivan

Chris Sullivan is a hunter / gatherer who wanders within routes prescribed by mundane necessity. He becomes familiar enough with his known universe to plunge into reverie that is his means of defense against consensual reality. He has come to regard the act of shutter clicking as a matter of Collecting Something, rather than picture taking. This approach allows him the opportunity to identify new categories and criteria for selection, and gives his sight something to aim for: to collect IT ALL. So he is known to hunt for the Walker Evans Ice Cream Cone, The Sign Forgot its Own Name, and the good looking “Aura” that may be found in a favorite restAURAnt sign. His art streams us into his consciousness of the peculiar and significant, gleaned from meaningful fragments and shards he finds worth examining. He’s looking for clues, insights, and ironies pertaining to the really BIG PICTURE. Sullivan’s methods are idiosyncratic, in tune with the dictates of the finds themselves. He uses a camera, desktop publishing, and the internet as vehicles to present to his viewers his latest discoveries, taken from the streets of San Francisco (where he lives) and the open road (he likes travel). His mind is tuned to respond to manifestations of the quizzical, the partial, and other resonant visualia lurking in the universe of words that surround us.

Sullivan is the editor/publisher of a zine called the Journal of Public Domain (JPD). Each issue contains bits of found text hoisted from sidewalks, dumpsters, employee bulletin boards, car windshields, purloined personal correspondence, and community telephone poles. The section devoted to the language found on car windshield threats is particularly colorful, as people state their cases in robust prose. He has recently taken up blogging – joining forces with others who use the internet as a public/private journal space. 8letters.blogspot.com is his personal site. In this forum, Sullivan provides an ongoing chronicle of his perception of the world in words and images. It is here that the hunter /gatherer metaphor seems most apt. The artist culls facts and fictions to create a narrative designed to befuddle, bemuse, and enlighten himself along with his viewers/readers.

I’ve always wanted to apply the theories of Roland Barthes to the work of Chris Sullivan, and now’s my chance. Barthes was hot on the idea that a photograph was an indexical imprint of that which is no longer. To him, the photograph represents a kind of death of the moment, with history receding into a series of collapsing frames. In Sullivan’s oeuvre, photography and time have a much more complicated relationship. Moments become momentous. Suspended as if in amber, these slices of humanity express one man’s interpretation of what it is to stand in awe and wonder at a world writ large.