The work of Katrina Andry probes the power structures of race-based stereotypes. Using printmaking and installation, she creates visceral images that beckon viewers to examine their own preconceived notions of society. For her exhibition at the Halsey Institute, Andry explores the stereotypes that engender gentrification. As Charleston’s neighborhoods are rapidly changing in multifarious ways, this exhibition provides a springboard for community-wide conversations on gentrification.

Andry’s work explores the negative effects of stereotypes on the lives of Black people and how these stereotypes give rise to biased laws and ideologies in our society. Her large-scale prints confront the viewer with these derogatory cultural clichés. The figures in the prints represent those who are targeted by racist characterizations. However, Andry specifically uses non-minority figures in this role to illustrate the fact that stereotypes are unjustly perpetuated. Stereotypes are neither based in truth nor innate characteristics of a specific person, instead they are ideas forced onto a group of people as a whole. Portraying entire populations in a negative light, stereotypes confer on the perpetuator an impression of superiority and a greater sense of normalcy. 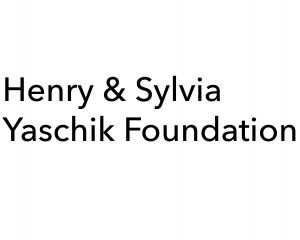 A native of New Orleans, LA, Katrina Andry received an M.F.A in printmaking in 2010. She currently lives and works in New Orleans where she maintains a studio. Andry was listed in the September 2012 Art in Print magazine as one of the top 50 printmakers. She has recently shown at the Hammonds House Museum (solo), the Pensacola Museum of Art (solo), the Louisiana State University Museum of Art, Baton Rouge, LA (solo), and the New Orleans Museum of Art. She has also been an artist-in-residence at Anchor Graphics in Chicago, Kala Art Institute in Berkeley, CA, and the Joan Mitchell Center in New Orleans.

Structures of power in the work of Katrina Andry

In her woodblock print Mammy Complex: Unfit Mommies Make for Fit Nannies, 2011, Katrina Andry takes aim at racial stereotypes. Playing with the double standard that views some women of color as poor mothers even as they make up a large proportion of nannies taking care of white children, Andry uses her vivid printmaking skills to comment on the absurdity of stereotypes in modern society. Further highlighting the ridiculous nature of specific stereotypes, she portrays the Unfit Mother in the work as a white woman in what the artist calls “watermelon face.” With one infant in her arms and another on her enlarged backside, this woman is ignored by her counterpart in the print, who trains her gaze on one of the babies. Peering out of the pictorial space and into the world of the viewers, the Unfit Mother slowly fades into the background, with her translucent skin becoming more and more invisible to those around her.

This print encapsulates the work of Katrina Andry. An artist based in New Orleans, Andry has used her craft to investigate how racial stereotypes function, often pointing to their illogical absurdity and the double standards they advance. Her large-scale woodblock prints confront viewers, highlighting power structures that exist due to racial stereotypes and cultural clichés.

Andry’s working process differs from typical woodblock printmaking in that she uses the same block for each color in the print, colloquially called a suicide block. Because Andry carves each layer on the same wooden block, she is unable to edition the prints after they have been completed. Thus, her works become more like paintings than traditional prints—with their inherent capability of endless reproduction.

For her exhibition Over There and Here Is Me and Me at the Halsey Institute, Andry is using these explorations of stereotypes to see how gentrification develops and is sustained. By looking at specific tropes like violence and drugs, she examines how such concepts are used as weapons to devalue communities, forcing out their long-time occupants and allowing these areas to become gentrified.

In February 2019, fresh from a project examining the expansion of Interstate 10 and resulting breakup of thriving Black communities in New Orleans, Andry turned her attention to Charleston, a city with a similar history of fraught racial divides. Andry traveled to Charleston to explore how gentrification is rapidly affecting residents on the city’s peninsula. The growth of gentrification and other community shifts was recently researched and published in a report by The Avery Research Center for African American History and Culture’s Race and Social Justice Initiative at the College of Charleston. The report, titled “The State of Racial Disparities in Charleston County, 2000–2015,” asserts that:

beneath all the accolades [and] adulation [directed at Charleston], its picturesque landscape, the sounds of church bells flowing, and the overarching tour guide narratives of charm and gentility is a haunting story of unfinished racial business that Charlestonians generally avoid discussing. But the spirits and ancestors beckon to be heard in the middle of the modern worship of money, gentrification, and the region’s brutal history of enslavement and Jim Crow terrorism.1

Seemingly tapping into these spirits and ancestors who need to be heard, Andry created for this exhibition a new suite of prints exploring racist tropes that help foster gentrification. Based on mythological sirens, which typically have bird-like features, all of the figures in this series arise from a nest. Traditionally seen as precursors of death and suffering, the sirens in Andry’s work foretell of communities being erased due to gentrification. In Mother Medusa Nurtures and Destroys, 2019, the central figure has snakes coming out of her eyes, referencing the titular mythological being. Instead of having serpents as hair, Andry’s figure features traditional African braids and dress. With this work, Andry examines the idea of the Other, or a signification of the nonwhite.

Andry also calls out the use of drugs as a cliché often discussed in connection with Black violence and the tearing apart of Black communities via disproportionate incarceration. In her Feigned Fear of the Manufactured Chicken Head, 2019, a Black woman with needles hanging out of her arms and a heroin spoon falling from her mouth peers at the viewer through her hands, a seemingly capricious gesture. Yet her antics reference the term chicken head from the title, evoking a derogatory epithet typically used against Black women.

Also on view are a selection of prints from the artist’s ongoing series Otherness and American Values. As the name implies, these works analyze a range of commonly held societal values and concepts, illuminating their racist underpinnings. For instance, in her aptly titled Genetic Inferiority: Darwin’s Theory of White Superiority and Black Unintelligence, 2010, Andry depicts a figure in watermelon face holding a banana as an obviously pejorative symbol when used in the presence of Black bodies. The figure sits at a traditional school desk, an allusion to the vast racial disparities in public education that still exist, suggesting that the government has systematically absorbed Darwin’s racist ideas.

Further addressing how stereotypes easily seep into pop culture, Andry combines her works from the Otherness series onto a digital collage of so-called Ethnic fabrics purchased from big-box and local craft stores. These fabrics contain vague references to kente cloth and other traditional African patterns, but Andry also features cartoon animals such as elephants, leopard- and tiger-paw prints, and renderings of primitive headdresses in order to demonstrate how popular imagery of African sources is commonly reduced to vapid and derogatory caricatures.

For this exhibition Andry has also created a site-specific wallpaper installation. As part of her research in Charleston, she took several photographs of the transformation of the city’s streets and neighborhoods. Turning the images into a large-scale collage, Andry makes visitors to the gallery aware of what is happening on the peninsula. On top of the wallpaper, she has installed a series of faces in profile, cut from mirrored acrylic. Functioning as small mirrors, these faces remind the viewers that gentrification affects real people in the Charleston community while simultaneously inviting gallery visitors to see themselves in the work as well.