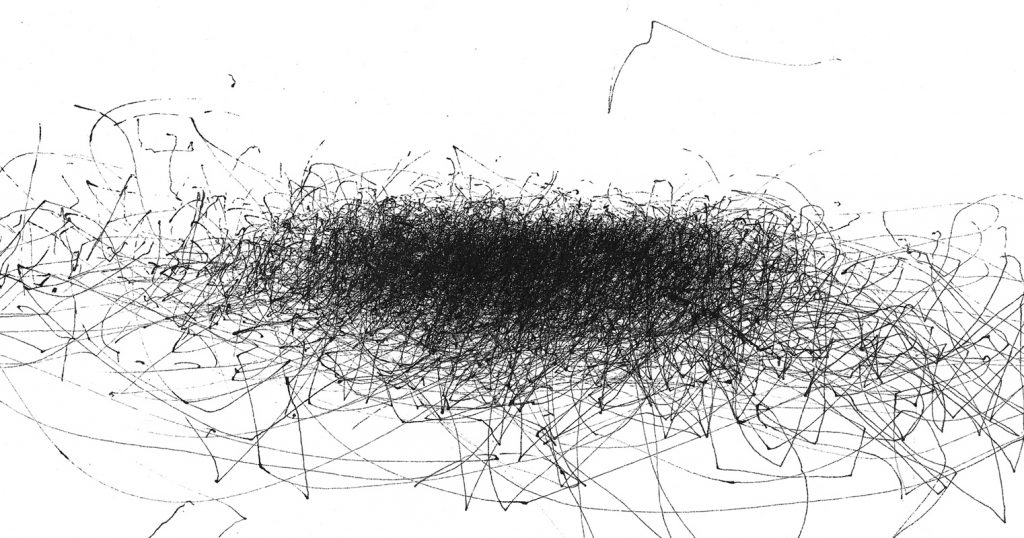 This unique exhibition was a grand collaboration between seven institutions in North and South Carolina and ten contemporary Japanese artists. The artists lived in the Carolinas for six-week residencies, creating work using natural materials or processes and were installed at their host institutions.

The Halsey Institute of the College of Charleston in collaboration with the Van Every/Smith Galleries at Davidson College, are partnering with UNC-Charlotte, Clemson Architecture Center – Charleston Program, Winthrop University Galleries, McColl Center for Visual Art, and the Sumter Gallery of Art for an innovative and experimental exhibition entitled Force of Nature. Part one of this collaborative exhibition is scheduled for the fall of 2006 and includes ten artists from Japan who will be in residence with these institutions for approximately six weeks prior to the opening receptions in mid-October. Each artist will address the theme utilizing locally available natural materials (salt, wood, dirt, plant-life, etc.) or natural elements and processes (wind, fire, water, decay, evaporation, erosion, etc.) in a temporary installation.

This exhibition explores the relationship between humans and nature through the minds and hands of these contemporary artists. Collectively, this exhibition poses the question- are we a part of, or apart from nature? This exhibition is intended to provoke a dialogue and discussion with members of each host community while bringing the work of these young artists to the attention of audiences who would have few opportunities to view contemporary Japanese art.

Part two of the project was a capstone exhibition at Sumter Gallery of Art in Sumter, South Carolina coinciding with the Spoleto Festival USA 2007, in Charleston. This exhibition will consist of documentation of each artists process as well as product by photographer Mitchell Kearney, along with maquettes and working drawings of the artists’ projects, as well as any artwork that is left after the exhibition in the fall is complete. Overall, this exhibition will provide an opportunity for the public to see the entire scope of the project in one location.

Earth and environmental art emerged in the 1960’s and ‘70’s as a radical departure from the concept of representing nature through a painting or other work, to artists actually intervening with nature itself. Artists such as Michael Heizer, Nancy Holt, Robert Smithson, and Richard Long, among many others, took their work out into nature and began a movement that has captured the enthusiasm of many adherents in the international art world today. This impulse seems to be particularly ardent in the country of Japan. Japan has played host to several international art exhibitions exploring the fertile terrain of art and nature. As an example, the Takihata Art Walking project invites artists working with natural materials to come and live in a temple as they create an outdoor sculpture that becomes a part of an Art Walking tour. The traveling exhibition A Primal Spirit: Ten Contemporary Japanese Sculptors, organized by the Los Angeles County Museum of Art, drew attention to the aesthetic link between nature and art in Japan, and the productive effect this relationship has on contemporary Japanese artists.

Co-curators Mark Sloan and Brad Thomas traveled to Japan in the fall of 2003 with the purpose of identifying artists whose work fit their criteria for Force of Nature, especially artists whose work represented a sustained engagement with the human/nature dialectic. Utilizing a curatorial network of Japanese curators, gallerists, and academics, Sloan and Thomas were able to gain access to some of the most original and provocative artists living in Japan today. The ten selected artists were chosen as much for their philosophical approach to art and nature as for their previous work. 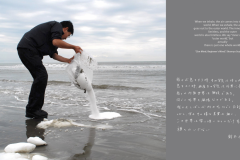 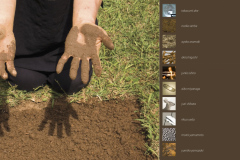 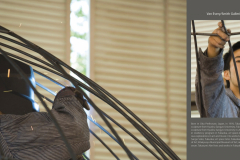 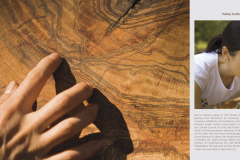 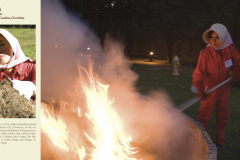 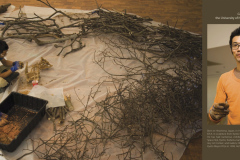 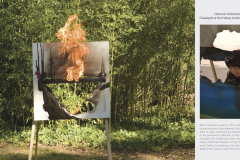 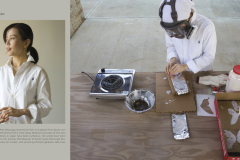 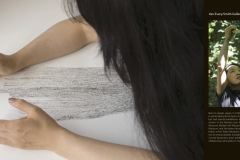 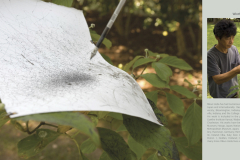 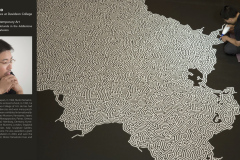 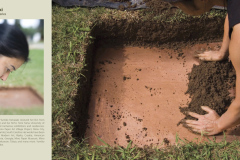 Just after dusk one evening, shortly after our arrival in Japan in November 2003, Brad Thomas, and I were visiting a temple in Kyoto with our friend and guide Noriko Fuku. As a full moon was beginning to rise over the temple wall, we commented to one of the monks that the scene was quite beautiful. On such nights, he said, the monks gather in the garden to celebrate the full moon with a sake toast. First, they fill their sake cups to overflowing. Then, they hold the cup at just the right angle so the reflection of the full moon can be seen on the surface of the clear liquid. Then, they sip the moon’s reflection—to celebrate and share in its power. This reverence for a human’s place amid nature and its rhythms is certainly not unique to Japan, but a compelling case can be made that the Japanese have refined these encounters with a poetic fervor. The traditional arts of ikebana, kare-sansui style of symbolic gardening, tea ceremony (which embodies the ceramic arts), and even the origins of sumo wrestling all emerged from an attempt to apprehend nature’s secrets. That these Japanese forms have endured for hundreds of years is a quiet testament to the success of Japanese artists who have made this dialogue relevant to the contemporary citizen.

This quest for an understanding of our place in the cosmos is as old as civilization itself. Every culture has invented some form of mythology or religion based upon this concept, and their artists or shamans have often been called upon to depict this relationship in terms that one can readily grasp. In today’s world, artists are still grappling with these eternal questions, primarily in more cerebral ways. Earth and environmental art emerged in the 1960s and 1970s as a radical departure from the concept of representing nature through a painting, or other work, to artists actually intervening in nature itself. Such artists as Michael Heizer, Nancy Holt, Richard Long, and Robert Smithson, among many others, took their work out into nature and began a movement that has captured the enthusiasm of many adherents in the international art world today.

This impulse to intervene in nature seems to be particularly ardent in postwar Japan. In 1994, the landmark exhibition Japanese Art after 1945: Scream Against the Sky examined the expressions and developments of Japan’s avant-garde. With more than one hundred artists, this survey exhibition and accompanying book, organized by the Guggenheim Museum, in New York, and the San Francisco Museum of Modern Art, traced the lineages of several different artistic and collaborative movements, including Gutai, Hi Red Center, the Experimental Workshop, and Mono-ha.

In the past two decades, Japanese artists have been featured in several international art exhibitions exploring the fertile terrain of art and nature. The traveling exhibition A Primal Spirit: Ten Contemporary Japanese Sculptors, organized by the Los Angeles County Museum of Art, drew attention to the aesthetic link between nature and art in Japan, and the productive effect this relationship has on contemporary Japanese artists. The Gutai group and Mono-ha were two of the most significant artistic movements in postwar Japan. The Gutai group, formed in 1954, in Osaka, is often mistakenly commingled with abstract expressionism in the West; however, Gutai artists were revolting against art-world conventions, including abstract painting. In a quote from the “Gutai Manifesto,” published in 1956, one of the founders, Jiro Yoshihara, wrote: “We have decided to pursue the possibilities of pure and creative activity with great energy. We tried to combine human creative ability with the characteristics of the material in order to concretize the abstract space.” Gutai artists engaged in actions, sometimes involving performance, sound, spoken word, and other less traditional forms of expression. Their activities were occurring shortly after John Cage’s first Happening at Black Mountain College, in 1952, and are often cited as anticipating performance art and conceptual art. The Gutai group dissolved in 1972 after the death of Yoshihara, but its legacy has left an indelible mark on the international art scene.

Mono-ha emerged in Tokyo in the late 1960s, and was more a loose affiliation than a movement per se. Since many Monoha artists used found or natural materials in their artwork, and because they often created ephemeral installations, the impact was difficult to measure. Although far less mythologized than their Gutai predecessors, many Mono-ha artists have had a profound effect on the shape of contemporary art in Japan. Kishio Suga was among the key artists of Mono-ha. One of his best-known works was installed in a propped-open window of a Kyoto museum in 1970, and was entitled Infinity Condition. The materials were listed on the wall label: “square wood beams, structure of building, outdoor scenery.” Although the anticommercial aspects of their work offered a critique of modernism and its obsession with objects, Mono-ha is now often linked indirectly to such modernist subgroups as arte povera and minimalism. Like Gutai, Mono-ha has had a lasting effect.

The Force of Nature artists are direct descendants of this artistic lineage, although they are not limited by it. Certain themes and concepts echoed among the various artists’ projects. Circularity was a recurring motif. Whether we speak of the cycle of birth, life, death, decay, and rebirth, or the circulation of blood or clouds, the artists actively seemed to invoke this metaphor throughout their various projects. There was also a particular focus on the materiality of nature itself, as evidenced most directly in Yuri Shibata’s Material Works, Rikuo Ueda’s Wind Drawings, and Yumiko Yamazaki’s buried copper plates. Each artist was able to create a work that engages the complex and often confounding relationship between humans and the natural world. Each artist made intelligent choices about the methods of presentation and documentation of their final installations within the exhibition spaces provided. Often, these artists offered sly critiques of the tyranny of the white cube. Aiko Miyanaga’s Seven Stories were spread throughout the McColl Center; viewers embarked on what amounted to a scavenger hunt to discover all of her pieces in their sometimes offbeat locations. Similarly, Noriko Ambe used a ripsaw to cut a gash in the Halsey Institute gallery wall so that her tree slice could connect with her cutpaper works on the floor. Takasumi Abe’s “cloud sphere” was so snuggly inserted into the Smith Gallery at Davidson that audience members likened it to a ship in a bottle, wondering how it fit through the doorway (in fact, it was assembled in pieces on-site).

The sheer variety of materials and approaches evidenced in Force of Nature is staggering. The conceptual basis for the show was explored in ten different yet complementary ways. As curators, it is our hope that this exhibition will offer inspiration for future generations of artists, just as these artists represent a distillation of all they have encountered in their practice. Our goal was to create a set of optimal conditions in which these artists could work—in which anything could happen. Many things did.

RECENT WORKS
ONE BIG SELF: PRISONERS OF LOUISIANA