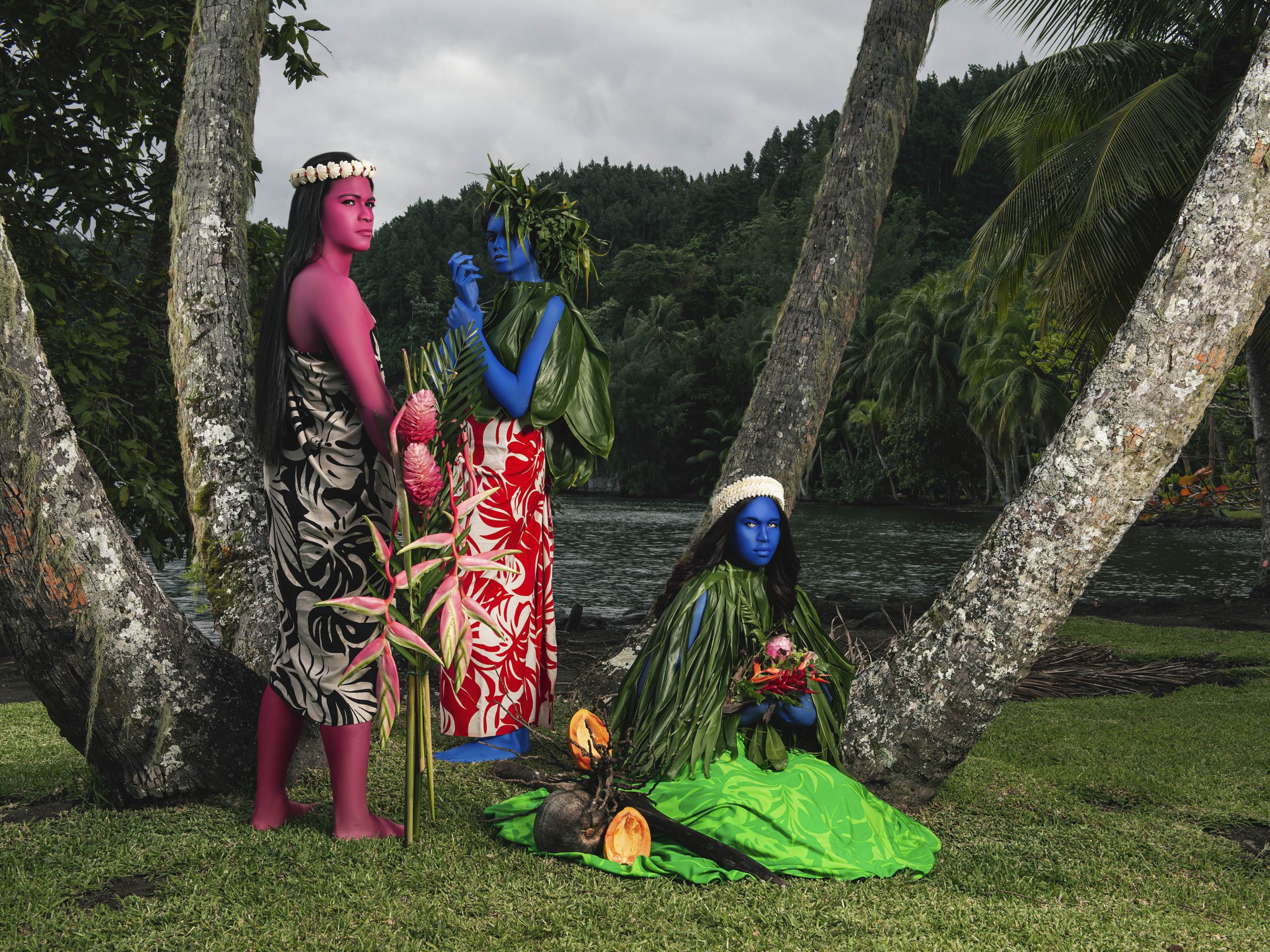 The Halsey Institute is pleased to present Crossed Looks, the first solo exhibition of Swiss-Guinean artist Namsa Leuba in the United States. The show features over 90 works from the photographer’s projects in Guinea, South Africa, Nigeria, and Benin, and it will premiere new work created in Tahiti.

As a photographer working across documentary, fashion, and performance, Namsa Leuba’s images explore the fluid visual identity of the African diaspora. With a dual heritage between Guinea and Switzerland, Leuba draws inspiration from her own experience growing up between two different cultural traditions.

Leuba’s images are influenced by the Animist traditions of her mother’s family in Guinea Conakry, and the visual codes of statues, masquerades, and religious ceremonies in West Africa. They are also inspired by contemporary fashion and design. The result is a unique perspective that straddles reality and fantasy. She re-stages and constructs narrative scenes in collaboration with her sitters, incorporating bold colors, striking patterns, and intricate clothing and props. Leuba often uses models that she informally meets in the street, who become active collaborators in the portraits.

Leuba’s photographs pose fundamental questions about the medium of photography and its role in forming our understanding of the cultural “Other.” Leuba states: “I have always been characterized as the Other, whether I am too ‘African’ to be European or too ‘European’ to be African. In this unique positioning, I am interested in the politics of the gaze—who is looking, who is being looked at, and the medium of which this looking occurs.”

Leuba has continued her focus in challenging the visual representation of the cultural other in her newest series, Illusions, created in Tahiti. After living in Tahiti for over two years, Leuba collaborated with a group of transgender youths to re-stage imagery reminiscent of the “Primitivist” paintings of Paul Gauguin and “tropical” images in modern art. The series poses an ideological assault to the symbolism of Gauguin’s paintings in Tahiti, which fetishized the indigenous female body and its myths of exoticism.

Through her photographs, Leuba ultimately searches for a visual sense of belonging, of finding a vocabulary that speaks to the experiences and perspectives of not fitting in one ready-made mold. The title of this exhibition, Crossed Looks, references this diverse perspective, creating an alternative visual proposition that transcends fixed modes of representation. 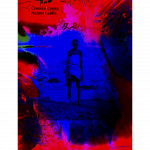 This exhibition is accompanied by a publication, Namsa Leuba: Crossed Looks. The softcover book features images from Leuba’s major projects to date along with essays by Joseph Gergel, Emmanuel Iduma, and Mary Trent which examine the nuanced themes of identity and representation in Leuba’s multiple bodies of work.169 pages. $55

Learn more and order a copy on our online shop.

All events are free and open to the public unless otherwise noted.

Open to Postmodernist level members and above. Email halseyRSVP@cofc.edu to reserve your space

WGS Intersections, a panel discussion organized by the Women's and Gender Studies Program at the College of Charleston

Sit a Spell with K.C. Murray

Staff-led tours of the exhibition take place at 2:00 PM each Saturday unless superseded by a program.

Namsa Leuba (b. 1982) is a Swiss-Guinean photographer and art director. Leuba studied photography at ECAL, University of Art and Design in Lausanne, Switzerland, and obtained a Masters in Art Direction at ECAL.

Leuba has participated in international exhibitions including Making Africa: A Continent of Contemporary Design at the Guggenheim Bilbao, Spain; Africa Reframed at Øksnehallen in Copenhagen, Denmark; Daegu Photo Biennale in Daegu, Korea; the Athens Photo Festival in Athens, Greece; Photoquai in Paris, France; LagosPhoto Festival in Lagos, Nigeria; and a performance in Off Print at the Tate Modern, London. In 2018, Leuba was featured in the group exhibition African State of Mind at New Art Exchange, London and held a solo exhibition at the Hangar Art Center, Brussels.

In 2019, Leuba was featured in the special project Focus in the Eyes at Art Basel’s VIP Lounge. In that same year, her work was included in the group exhibition The New Black Vanguard at Aperture in New York.

Leuba won First Prize at the Planches Contact Festival in Deauville, France in 2010. In 2012, she was awarded the PhotoGlobal Prize at the Photography Festival in Hyères, France. She was the winner of the Magenta Foundation Flash Forward Festival in 2013. In 2018, she was nominated for the Foam Talent Call.

Namsa Leuba lives and works between Switzerland and France. Learn more about Leuba at NamsaLeuba.com

About the guest curator

Joseph Gergel is an independent curator and art consultant with a focus on contemporary art in Africa. From the United States and currently based in Lagos, Nigeria, he serves as Director of kó, an art gallery specializing in modern and contemporary art, and Director of Arthouse Contemporary, an art auction house. He is also Director of the Arthouse Foundation’s Artist Residency Program in Lagos, and is a co-founder of ARTOJA, the online marketplace for contemporary art in Africa. He also served as Senior Editor at Moon Man, an experimental publication based in London that profiles global art and culture.

Gergel served as co-curator for three editions of the LagosPhoto Festival and as a curator at Art Twenty One and African Artist’s Foundation (AAF) in Lagos. He has organized exhibitions with contemporary African artists in Lagos, London, Paris, New York, Cape Town, Johannesburg, Miami, Dubai, Marrakesh, and Odessa.

In Lagos, he developed public projects including YECA (Youth Empowerment Through Contemporary Art), a community outreach project supported by the Ford Foundation, and Art Base Africa, an online database for contemporary African art, supported by the Prince Claus Fund. He has contributed to international publications of contemporary art including The New Yorker, Foam, Aperture, British Journal of Photography, DIS Magazine, Something We Africans Got, Omenka Magazine, Guernica, I AM, and Art Africa.

Gergel received a master’s degree in Modern Art: Critical and Curatorial Studies from Columbia University and a BA in Photography and the Philosophy of Images from New York University. He received a post-graduate diploma in photography from the Speos Photography Institute in Paris, France. He has participated in international curatorial training fellowships including the International Curator Course at the Gwangju Biennale (Gwangju, South Korea), Curatorial Program for Research Program in Eastern Europe (Kiev, Warsaw, Prague), and the ICI Curatorial Intensive in Accra (Ghana).

Learn more about Gergel at JosephGergel.com

YOU ARE HERE
HEAR HER