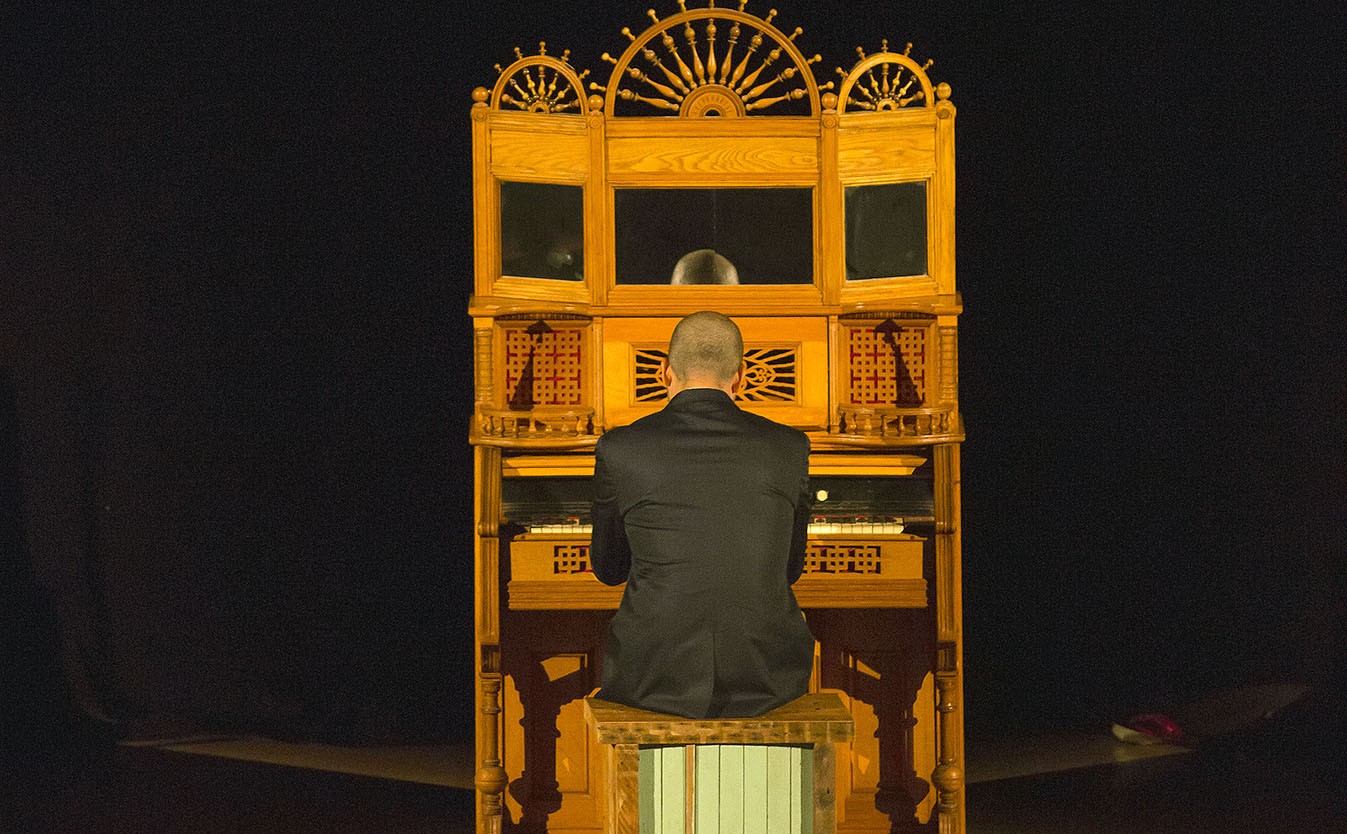 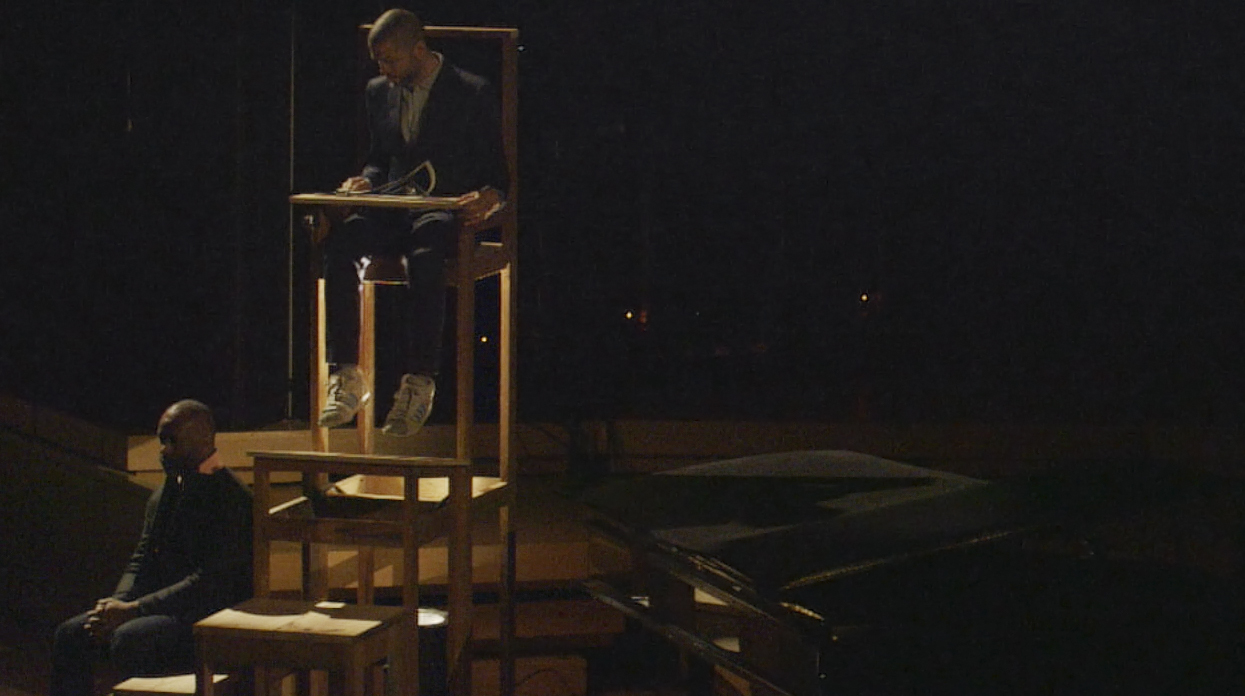 This documentary film follows jazz pianist and composer Jason Moran as he prepared his multimedia project Looks of a Lot, which was performed at the Symphony Center in Chicago in May 2014. The film follows the project’s collaboration between Moran and his trio The Bandwagon (with drummer Nasheet Waits and bassist Tarus Mateen), artist Theaster Gates, musicians Ken Vandermark, Katie Ernst, and the Kenwood Academy High School Jazz Band. The film offers an in-depth behind-the-scenes look into the project, which connects Moran’s improvised blues compositions and Gates’ thought-provoking stage constructions made out of recycled materials as they trace the artistic history of Chicago.

A Q&A with RoundO Films’ Radiclani Clytus (Executive Producer), Gregg Conde (Cinematographer), and Anthony Gannon (Editor) will follow the screening. They will discuss the making of Looks and their latest documentary feature Geechee, a Lowcountry-based project that is currently in pre-production.

Looks of a Lot – The Turnaround from RoundO Films on Vimeo.

Born in Houston, Jason Moran is a world-renowned jazz pianist and composer. A recipient of a 2010 MacArthur Fellowship, Moran is known for his innovative approach to his music, one that overlaps with social histories, the visual arts, and other seemingly disparate influences. A graduate of the Manhattan School of Music, Moran’s first album Soundtrack to Human Motion was released in 1999 and featured saxophonist Greg Osby among others. He later formed The Bandwagon, a trio including drummer Nasheet Waits and bassist Tarus Mateen, with which he has recorded several albums.

Moran’s engagements in the visual art world include projects with the 2015 Venice Biennale; dOCUMENTA 13, 2012; and the 2012 Whitney Biennial, among others. In 2008 he collaborated with Glenn Ligon on the film The Death of Tom, now in the permanent collection of the Museum of Modern Art, New York. He was commissioned by Harlem Stage in 2011 to create and perform “Fats Waller’s Dance Party,” an homage to the titular jazz musician of the first half of the twentieth century. Among other places, Moran performed “Fats Waller’s Dance Party” at the 2016 Spoleto Festival USA in Charleston in the Cistern at the College of Charleston.

Radiclani Clytus is a documentary filmmaker and historian of nineteenth-century literature. He holds a joint Ph.D. in African American Studies and American Studies from Yale University and has published articles and essays on circum-Atlantic visual culture and the expressive methodologies of Black music.  He is the editor of two compilations of prose works by poet Yusef Komunyakaa: Blue Notes: Essays, Interviews, and Commentaries (2000) and Condition Red (2017). As the visiting humanities curator at the Avery Research Center for African American History and Culture, he will be contributing to their upcoming joint exhibition with the Charleston Library Society titled No Sanctuary.

Gregg Conde is a director and cinematographer based out of Brooklyn, NY. He received his BA in Photography from San Jose State University and MFA in Film Directing from Columbia University. As a cinematographer, Gregg has lensed many award-winning films, most notably Four (2012), starring Wendell Peirce in an Independent Spirit Award-nominated role, and Crystal (2014), a short narrative film premiering in competition at SXSW 2014. He is a founding member of Think/Feel a Brooklyn-based multidisciplinary creative collective.

Anthony Gannon is a documentary film director, radio producer, and commercial editor. He holds a BA from the University of Chicago where he fostered a love for film and a rigorous work ethic. His first feature documentary experience as co-editor occurred on In A Dream (2008), which won numerous awards at festivals such as SXSW and Full Frame. This documentary was followed by his co-direction of the short film, Days Dance (2009). In 2010, he edited MINUSTAH vole kabrit, a feature that screened at IDFA, and he has also co-edited the short film Paraíso (2013), which had a significant festival run and was short-listed for an Oscar nomination.

Jason Moran: Looks of a Lot

In collaboration with Theaster Gates