The inclusion of fifty-six photographers, diverse as the landscapes and cultures of the South itself, offers a composite image of the region. From Mitch Epstein’s idyllic landscapes dotted with energy towers, to Lisa Elmaleh’s grainy tintype portraits of Appalachian folk musicians, to Sheila Pree Bright’s compelling black and white photographs of Black Lives Matter demonstrations in Atlanta, the American South is formed and reformed through the lens of photographers with distinct visions of the South. These photographs echo stories told about the South as a bastion of tradition, as a region remade through Americanization and globalization, and as land full of surprising realities. Southbound’s purpose is to investigate senses of place in the South that congeal, however fleetingly, in the spaces between the photographers’ looking, their images, and our own preexisting ideas about the region.

The Halsey Institute is proud to share that we have received grants from the National Endowment for the Arts and the Robert Mapplethorpe Foundation to produce Southbound. Additionally, the Halsey Institute is collaborating with Garden & Gun Magazine as the exhibition’s official media partner.

To learn more about Southbound and how you can support the project, please peruse the “accordion” section at the bottom of this page.

I would like to support the project at the following level:

Donations may be made online. Please indicate that this is a Southbound donation in the designated comment section: www.friendsof.cofc.edu/halsey/donate

Checks should be made out to the Halsey Institute of Contemporary Art, Southbound in the memo line. Please mail checks to:

Contributions are tax-deductible to the extent allowable by law. Please contact Tatjana Beylotte, Deputy Director, at (843) 953-5652 or beylottetf@cofc.edu if you have any questions about donations.

Donors at the “Well, I declare” $500 level and above will have the chance to own a piece of Southbound. Four of the exhibiting artists: Rachel Boillot, Langdon Clay, Lucinda Bunnen, and Kevin Kline, have generously agreed to provide special-edition prints for supporters of the project.

Each artist has created twelve prints of the photographs shown here. Prints are available on a first-come-first-serve basis. Click on an image in the row below to expand. 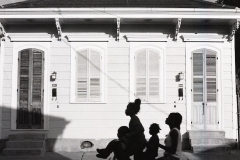 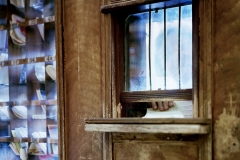 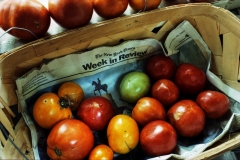 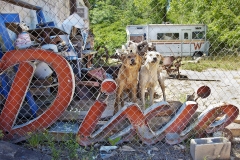 Rachel Boillot currently teaches photography at Lincoln Memorial University in the Cumberland Gap of Tennessee. Her work has been funded by the Annenberg Foundation in Los Angeles, the Tennessee Arts Commission in Nashville, and the National Endowment for the Arts. Rachel’s work focuses on the rural South. This photograph is from her Post Script series, which documents the disappearance of rural post offices. 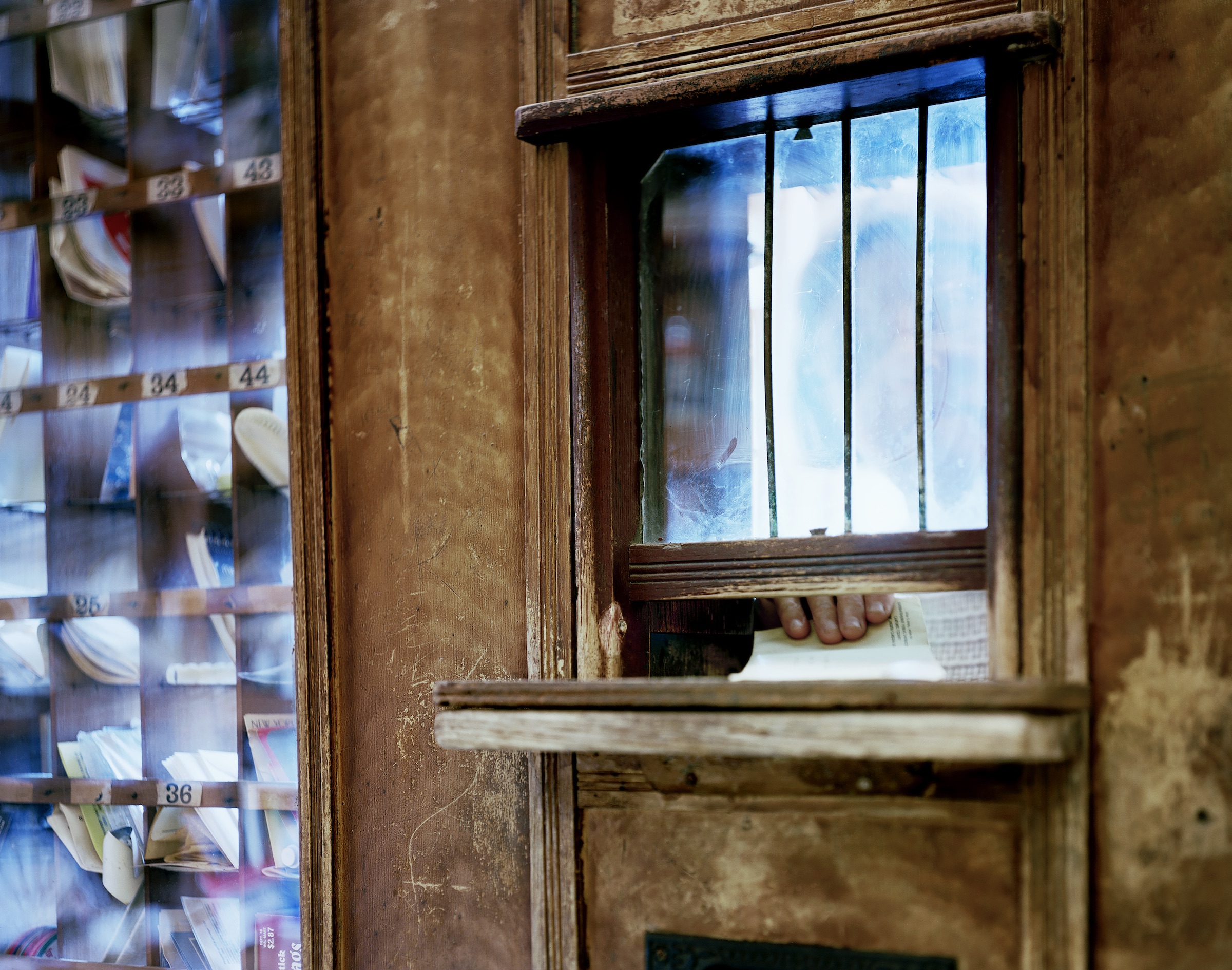 Langdon Clay is a New York native, but longtime resident of Sumner, Mississippi. Much of Langdon’s commercial work involves architecture, interiors, gardens, and food. The body of work included in Southbound explores his adopted Southern landscape. His work is included in the collections of museums such as the Metropolitan Museum of Art and the Victoria and Albert Museum. 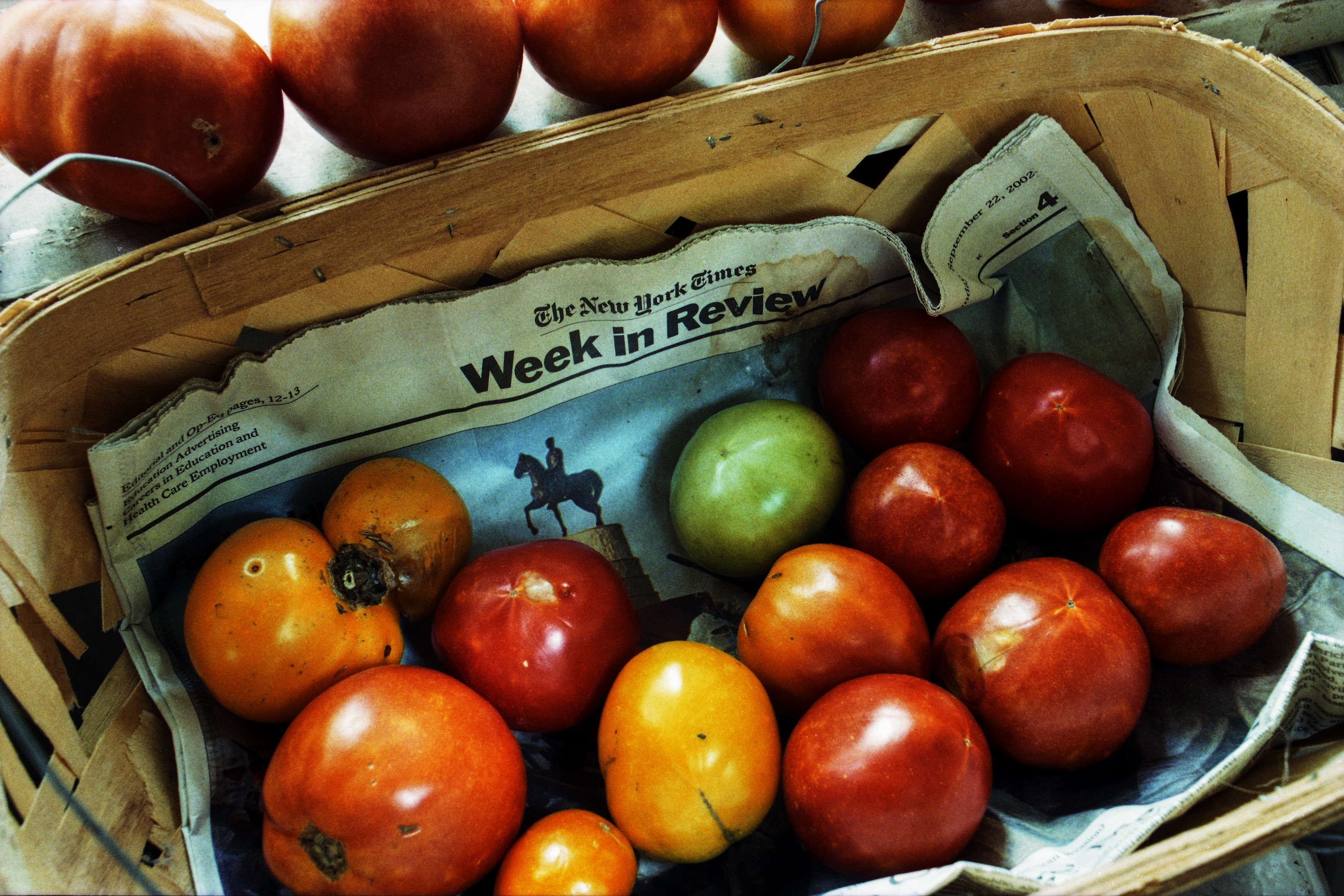 Lucinda Bunnen has traveled around the South for many years, always looking for things out of the ordinary or scenes that resonate as particularly typical of the South. Lucinda’s work can be found in numerous public collections including: the Museum of Modern Art in New York; the Whitney Museum of American Art in New York; the Pushkin Museum in Moscow, Russia; the Smithsonian in Washington, D.C.; and the High Museum in Atlanta, to name only a few. 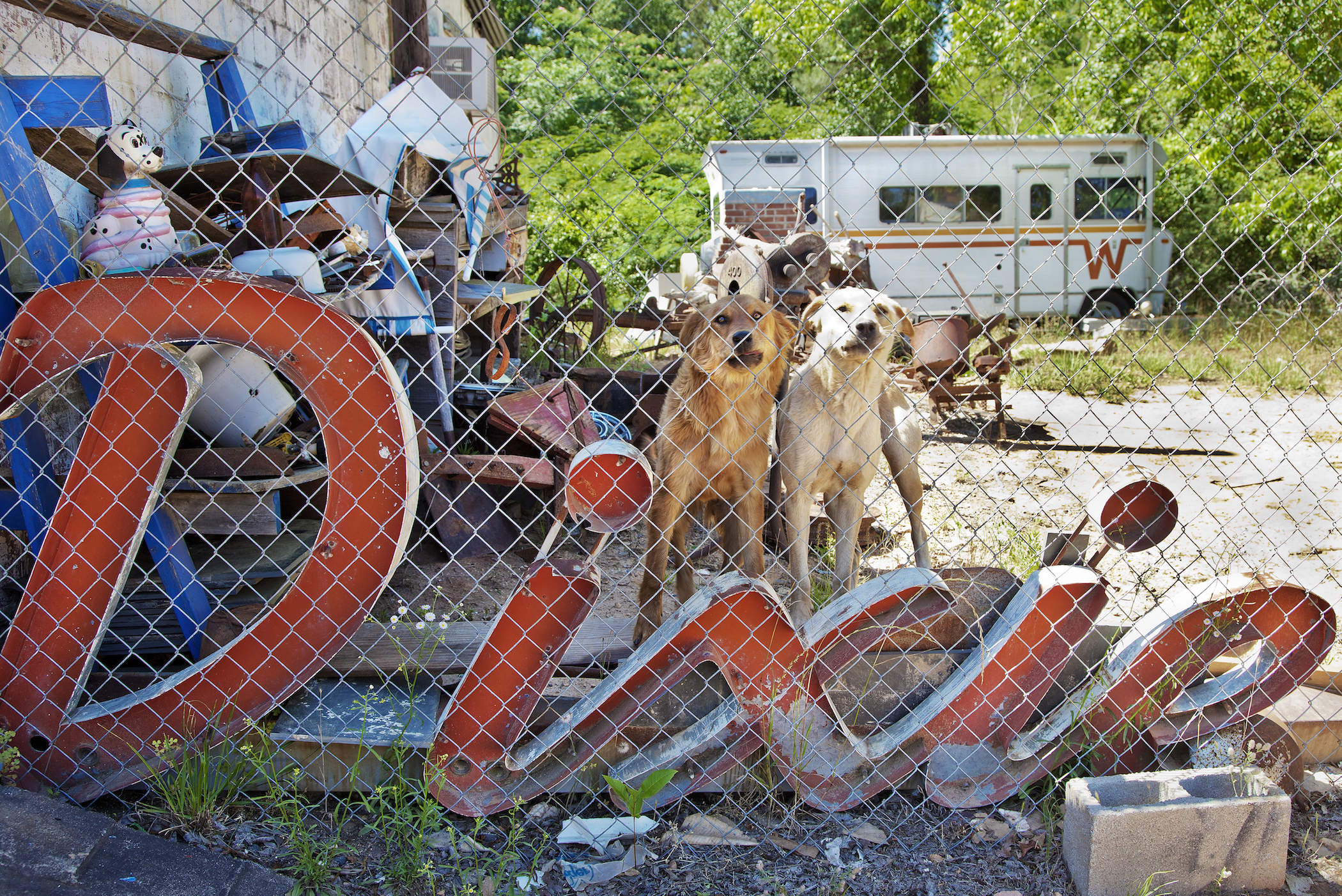 Kevin Kline photographs fellow residents of New Orleans, the city he calls home. His work has appeared at the New Orleans Contemporary Arts Center, the Ogden Museum of Southern Art, the New Orleans Photo Alliance Gallery, and at Rayko Photo Center in San Francisco. This photograph was made in front of Kevin’s house on Piety Street. 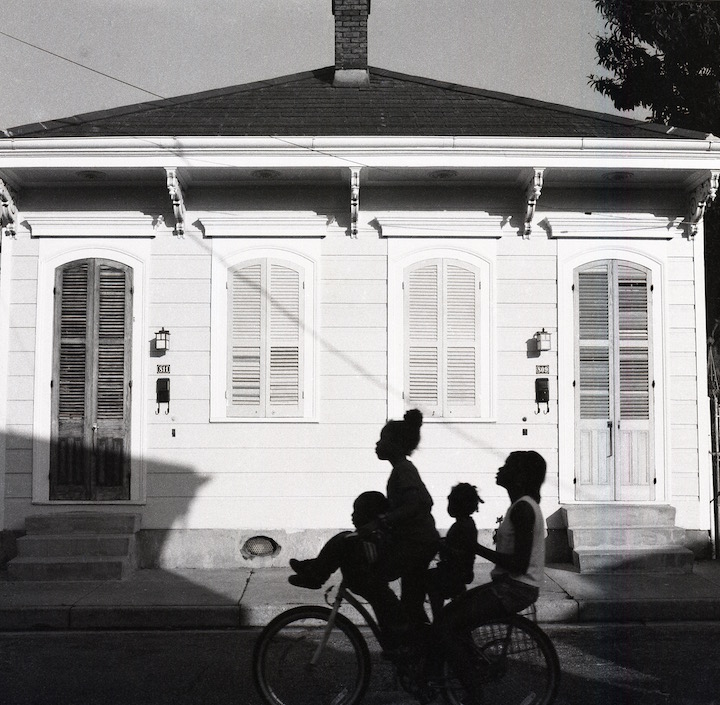 Jerry Siegel, one of the fifty-six artists included in Southbound, has generously agreed to participate in an exciting opportunity for donors to the project. Donors at the “Hog wild” $10,000 level and above will receive a once-in-a-lifetime opportunity­­, an in-home portrait session with Siegel.

Siegel is one of the most sought-after portrait photographers in the South. His first monograph, Facing South: Portraits of Southern Artists was published by the University of Alabama Press in 2011. This body of work captured the likenesses of both renowned and emerging Southern artists in their intimate and familiar settings. Facing South has been featured in solo exhibitions at six museums in Alabama, Georgia, and Louisiana.

In his second book, Black Belt Color (Georgia Museum of Art, 2017), Siegel focuses his attentions on documenting the unique, cultural landscape of the South, concentrating on the Black Belt region of Alabama.

Siegel was born and raised in Selma, Alabama and graduated from the Art Institute of Atlanta. His work has been shown in solo exhibitions at the Ogden Museum of Southern Art New Orleans; the Museum of Contemporary Art of Georgia in Atlanta; the Telfair Museum, Jepson Center for the Arts, in Savannah, Georgia; the Montgomery Museum of Fine Arts in Montgomery, Alabama; the Morris Museum in Augusta, Georgia; the Jule Collins Smith Museum of Fine Art in Auburn, Alabama; and the Mobile Museum of Art in Mobile, Alabama. His work is in many private and corporate collections, including those of the Ogden Museum, the High Museum of Art, the Georgia Museum of Art, the Birmingham Museum of Art, and 11 other southeastern US museums.

We are pleased to offer our generous $10,000+ donors this exclusive opportunity to have their likeness captured by one of the most renowned portrait photographers in the South. Details on timing and location are to be mutually agreed upon. 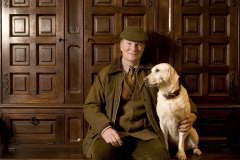 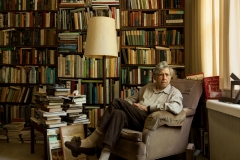 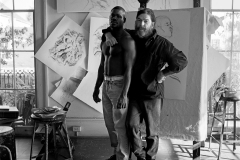 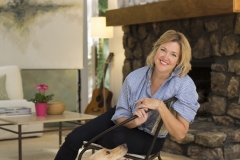 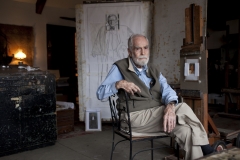 To accompany the exhibition, the Halsey Institute is producing a comprehensive catalogue, including additional images by all exhibiting artists and a variety of essays offering a range of perspectives about the South. Essayists include William R. Ferris, former Chairman of the National Endowment for the Humanities, now Senior Associate Director for the Study of the American South at the University of North Carolina; Eleanor Heartney, a contributing editor for Art in America, distinguished art critic, and author of several seminal volumes on contemporary art; and John T. Edge, author and director of the Southern Foodways Alliance, an institute of the Center for the Study of Southern Culture at the University of Mississippi. The catalogue will also feature poems by Nikky Finney, Professor of Creative Writing and Southern Letters at the University of South Carolina and 2011 winner of the National Book Award for Poetry. Essays by Southbound co-curators Mark Sloan and Mark Long will round out the diverse literary offerings. The volume will be designed by award-winning graphic designer Gil Shuler and edited by Sloan and Long. Publication is scheduled for Summer/Fall 2018.

The Halsey Institute has commissioned Emmy Award-winning filmmaker John David Reynolds to produce a short documentary featuring interviews with select photographers, writers, and Southern subjects. Video interviews will also be produced with exhibition photographers to be available on the micro-website for Southbound.

To allow Southbound visitors to create their own visions of the South, the Halsey Institute has commissioned Dr. Rick Bunch, a geographic information science (GIS) and spatial cognition specialist, to design an interactive map of the South representing everything from street name maps to data collected on prison populations and churchgoers, among other topics. Available on an interactive SMART Board inside the exhibition space, this Index of Southerness will allow viewers to switch on-and-off indicators and create their own maps of the region.

A stand-alone micro-website connected to the Halsey Institute’s website will be produced to expand the exhibition’s reach. This site will contain additional images by each photographer, links to essays, and additional information about the photographers and subjects of the images. The interactive Index of Southerness will also be available on the website.

The Halsey Institute will produce multiple symposia and panel discussions on the topics raised by Southbound. Such topics might include geography, history, religion, race and ethnicity, literature, documentary studies, foodways, music, and globalization and identity. To expand the impact of the show, members of College of Charleston faculty will offer special subject classes that address Southern Identity in tandem with the exhibition. Film screenings and artist lectures will also be offered. Guided exhibition tours for K-12 students, College of Charleston students, and the general public will be offered for the duration of the exhibition. In addition, a trifold brochure about the exhibition will be provided free for the public.

Southbound is generously supported by:

Furthermore: a program of the J. M. Kaplan Fund