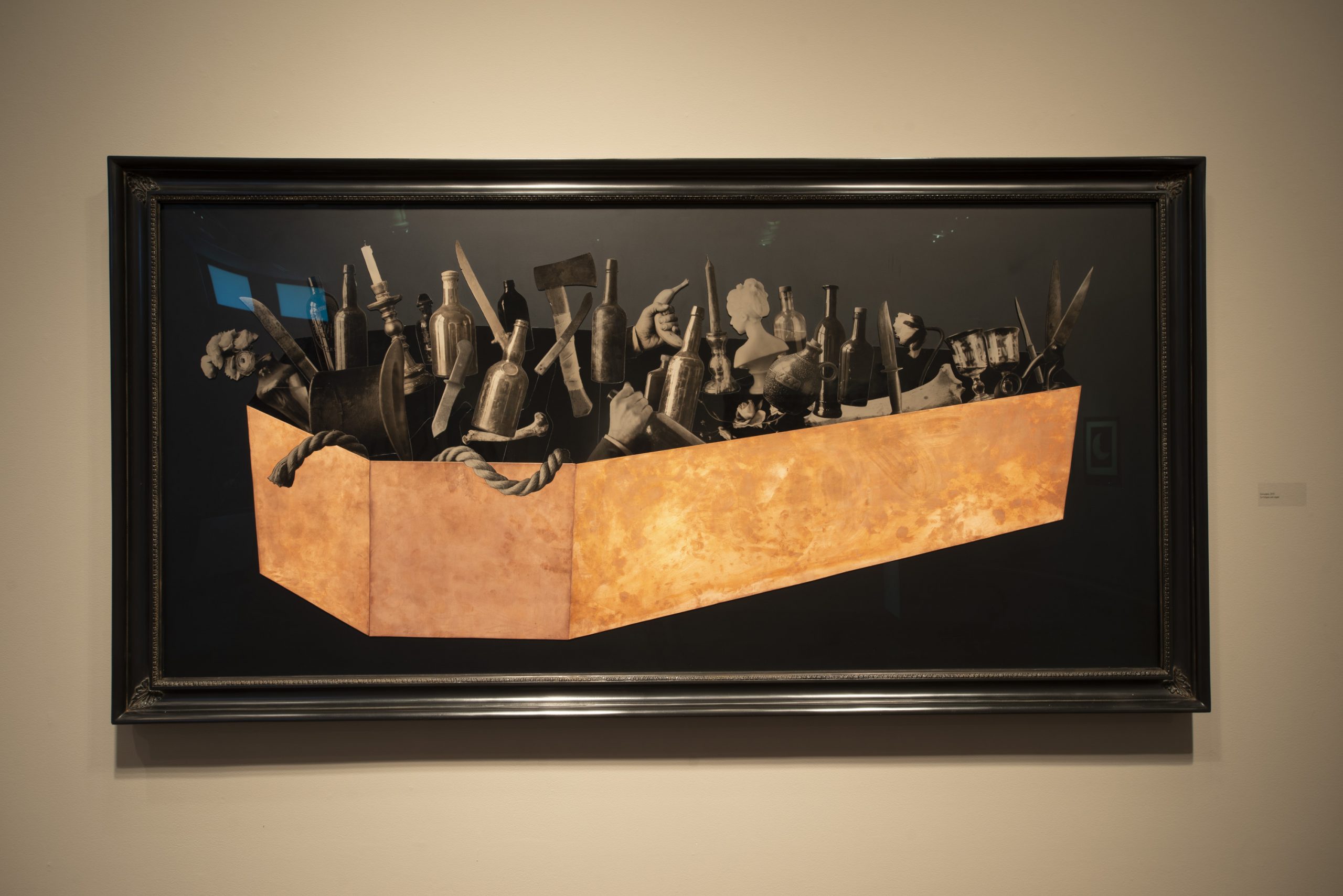 Before we had the ability to take instant photos with our cell phones, in the 19th century the daguerreotype and tintype were the most common photography methods used to create images during the time. In the mid 1800’s, a man named Louis Daguerre helped develop the technology that would become the first publicly available photographic process to capture a still image. He used the pre-existing understanding of the Camera Obscura to form a method that would take images in clearer definition, and at a quicker rate. To create the photo, a daguerreotypist polished a sheet of silver-plated copper to mimic a mirror-like finish. They would then sensitize it with iodine and bromine fumes, which would make the surface of the plate light sensitive. Afterwards, it was placed into the camera box ready to be used. Typically, the sitter would have to hold still for about 30 seconds to give the plate enough time to be exposed to the light and create the image. The plate is then removed from the camera where it would still look blank until exposed to mercury fumes. The developed plate is then washed in a salt bath to help fix the image from disappearing. The final steps of the process include washing the plate again with a liquid chemical treatment to remove its sensitivity to light, the rinsed with distilled water and finally dried by heating up the plate which ensured that the image was properly sealed.

In the late 1800’s, the tintype became commonly known as the “instant photograph” because it could be produced in a matter of minutes, and at a price most people could afford. In order to make a tintype photograph, a chemical solution had to be applied to a thin sheet of metal and then covered in silver nitrate. The plate was then loaded into the camera and ready to use. After being exposed to the light from the sitter, the plate was taken out and processed immediately. The photographer would take the plate into a darkroom to develop the underexposed negative. It would be varnished and then mounted into a case or placed into a simple mat perfect for carrying. It was common for tintypes to be made in formal studios, but due to their accessible nature, a lot of photographers would work at booths or fairs because the tintype could be developed, fixed, and handed to the customer only a few minutes after the picture had been taken. These types of photographs, the daguerreotype and tintype, were incredibly helpful in advancing the photography process, and can be easily found at antique shops, and maybe even your grandparents’ basement!