The Misrepresentation of Africa 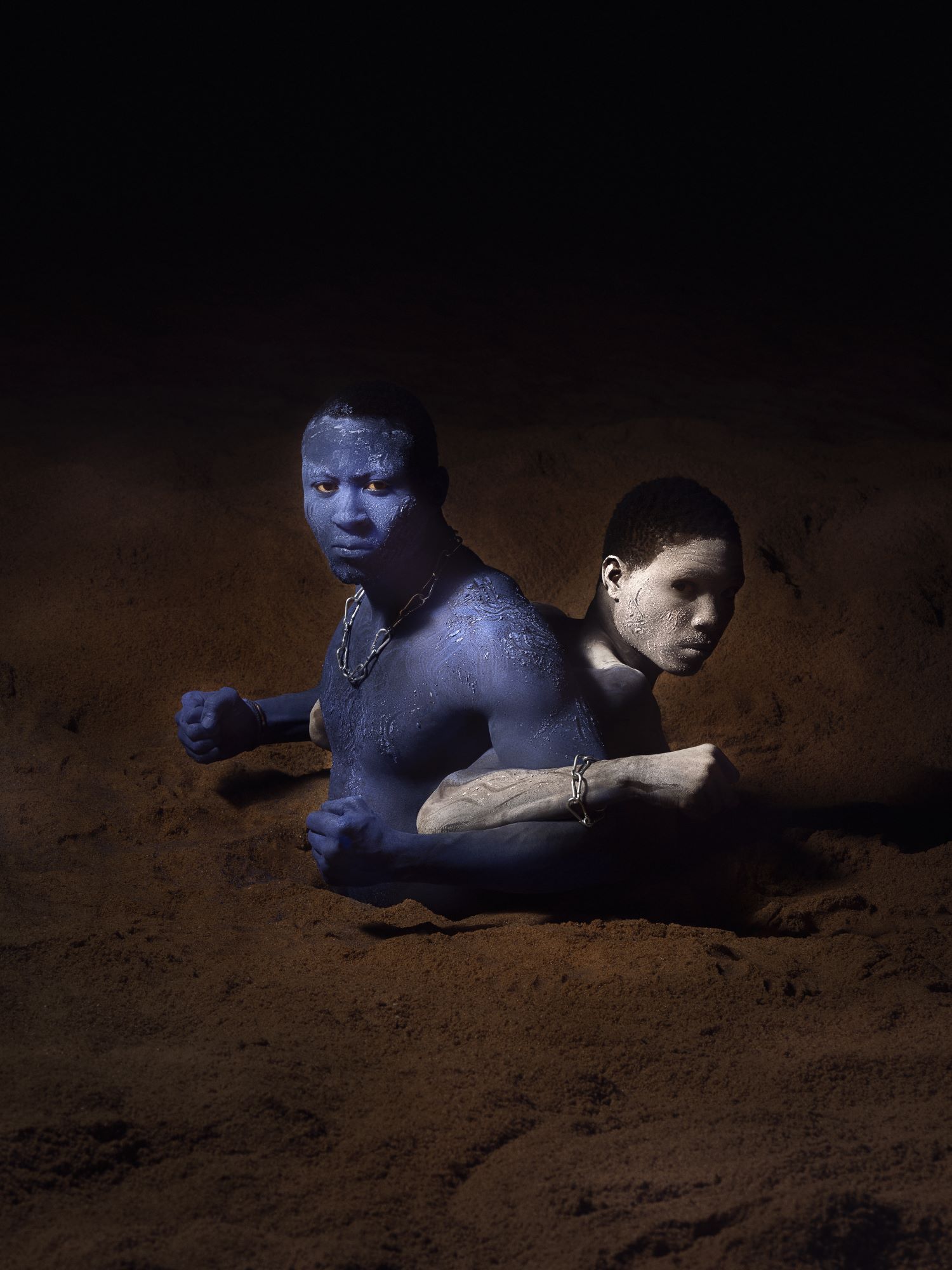 What viewers of art director and photographer Namsa Leuba’s works see is the culmination of her upbringing and experiences. It is her uncommon dual citizenship that has exposed her to two differing cultures that allows us to observe her eccentric perspective of the circumstance via her photography. With a Guinean mother and a Swiss father, the customs and traditions of each culture intertwine and augment the outlook that is the foundation of her artworks. Her current exhibition Crossed Looks at the Halsey depicts the aspects of the unique societies, heritages, and beliefs of Guinea, Nigeria, Benin, South Africa, and Tahiti. Through the calculated configuration of her compositions, she not only contributes vibrant and beautiful portrayals of the communities she captures with her camera, but also calls on how these countries of subjecthood and colonialism are typically misrepresented and misinterpreted by Western mass media.

The series WEKE explores Benin and its traditions and the symbols of voodooism. Weke translates to “the visible and invisible universe, all things created, living, breathing or not” in the local language. To be able to encapsulate this intangible theme, Leuba utilizes distinctive, locally sourced costumes and props related to voodoo along with digitally editing and manipulating her images to manifest the elements of the rituals visually with Western aesthetic. The works in the series vary in subject matter, forms and use of color that manage to establish an imaginary portrayal of narratives perplexing to those outside the religion. Local models powerfully posed in semidarkness and distorted shapes along with psychedelic tones and otherworldly features correspond with voodoo ideas that spirits and mythical gods rule the living, natural, and spiritual world and the interconnectedness between them. Leuba travelled to different areas of Benin, meeting with voodoo priests and engaged in the ceremonies to able to comprehend and resemble the practice as meticulously possible. In doing so, she was able to reproduce a vivid representation of the religion that is generally seen as alien and exotic while simultaneously giving the series a divine aura.

In the other series of the exhibition, we also encounter Leuba’s unique perspective and outlook on African culture. She again uses props, poses, costume and digital editing on local models to introduce and highlight a community’s way of life and traditions. For example, in Ya Kala Ben, we see representations of local ancestral religion in Guinea and in NGL, we see Nigerian youth modeled in a similar play of colors with psychedelic, surrealist filters. The rest of the exhibition also emphasizes on putting a test on the Western regard of African ideology, which are juxtaposed in her works. All the series are fashioned with the intention that weights on what those on the outside might perceive are these nations’ customs and challenges the exotic and fetishistic attractions originally conveyed and assigned by colonial photography. It is with Lueba’s peculiar and specific artistic technique that her artworks can capture these foreign cultural practices and elevate their visual forms, but still contain and balance Western decorative ideals and African tropes.