(Non)Narrative in Jibade-Khalil Huffman’s You Are Here 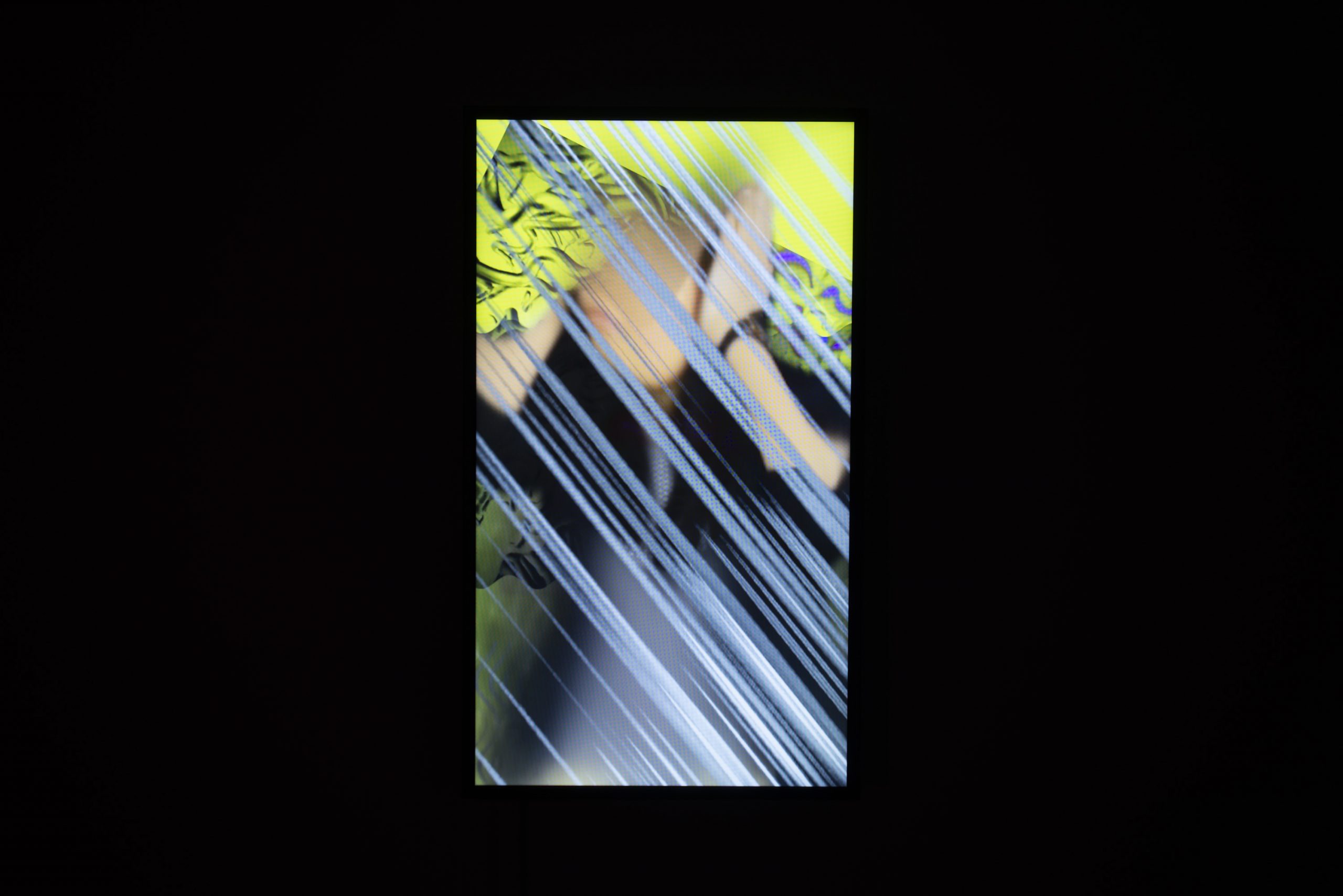 Jibade-Khalil Huffman extracts and combines fragments of visual culture to create the video works on display in You Are Here. Although the three-channel video piece You Are Here seems to be in a constant state of flux, there are recurring symbols and ideas. Every person notices and understands elements differently; however, I took note of the recurring items such as the hammer and phone as well as the use of hazy, video game imagery as juxtaposition to the live-action interactions between characters. The live action scenes seem to follow the characters through a surreal series of interactions and wanderings. Khalil constantly manipulates elements to make the viewer question both sense of time and space. Through the use of shifting perspectives, the viewer does not know what is natural and what is simulated, further blurring the boundaries between real and fake. 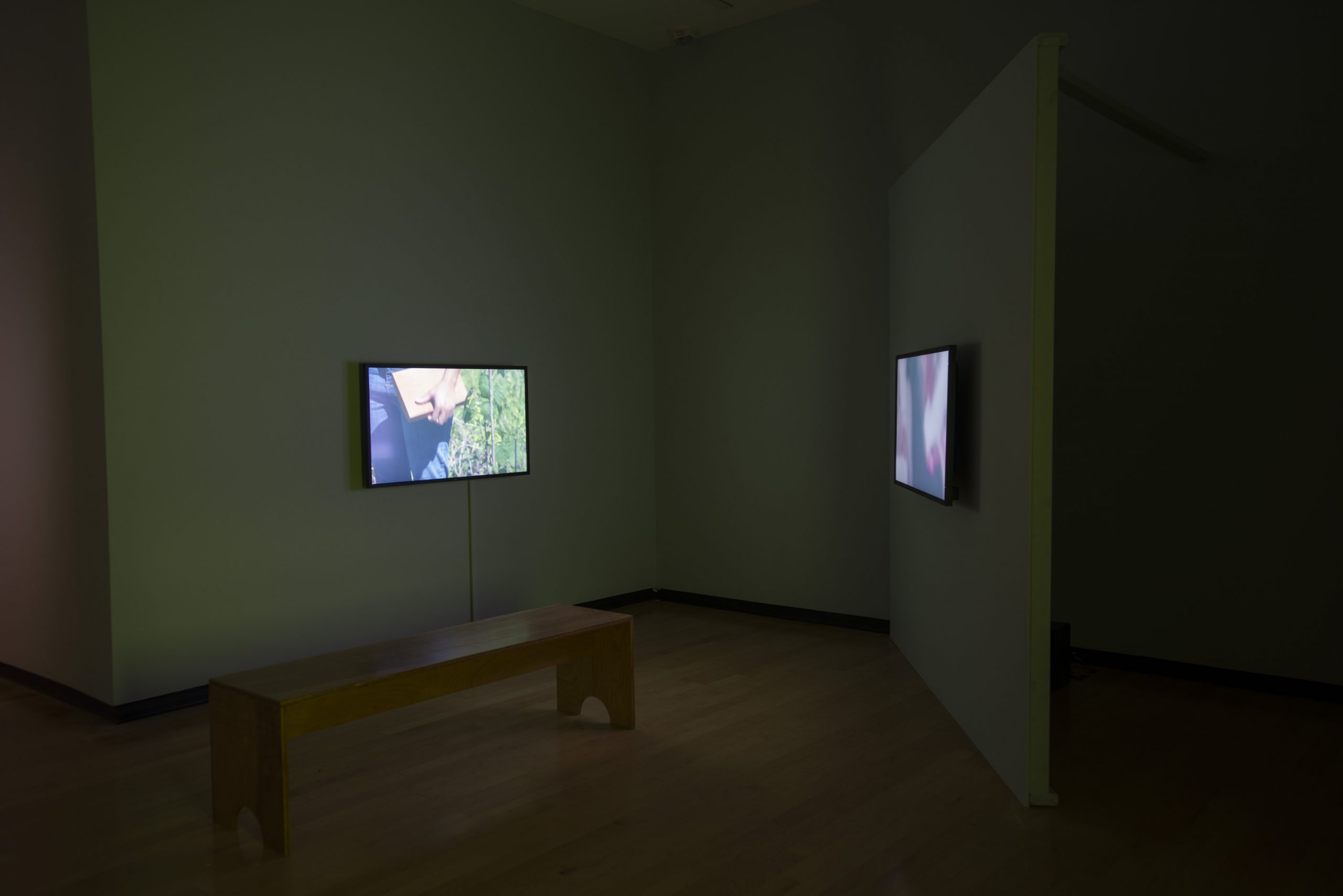 As mentioned earlier, every viewer will understand the narrative (or lack thereof) differently. Personally, the disjointed nature of the elements does not produce a clear narrative. However, this point furthers the message that the proliferation of mass media clouds one’s ability to create judgements. The work’s combination of ambiguous imagery speaks to the world at large and the inability to absorb and understand the constant stream of information. As a result, biases are formed. Khalil furthers this investigation into media and culture by questioning the understanding of the black body in society and its depiction in our visually saturated world. Through pairing images of video games with the acted scenes of Black characters, the artist comments on the depiction of Black bodies in visual mediums. How does the use of Black characters in video games affect how people of color are seen in real life? With disorienting visuals and sounds Khalil forces the viewer to create their narrative and meaning from their own understanding of the work.

Art Activity | You Are Here
Tintypes and Daguerreotypes