Mechanics Behind the Art of Tom Stanley

Tom Stanley is an artist and recently retired professor of Fine Arts from Winthrop University, but most do not know about his earlier careers. In high school, Stanley thought he would become an engineer like his father and even took a mechanical drawing class. Stanley learned how to use triangles, straight lines, and perfect angles to create detailed blueprints. These skills are carried out through his artwork today. During his artist talk on June 17, Stanley told a story about how he would stay up late into the night working at his drawing table, which he strung with holiday lights so not to wake his family. Another memory that stood out to him was drawing triangles into the lining of a jacket that his brother had given him.

After receiving his undergraduate degree from Sacred Heart College, an interest in working with fabric resurfaced. In 1972, Stanley received a B.A in art and started making wallets for Bloomingdales. Everything he made at the wallet factory was based on common line, symmetry, and precise measurements; to this day, Stanley draws back on those earlier techniques of line. While Stanley’s forms are meticulous, there is an awareness of improvisation that occurs. Stanley’s use of sgraffito requires him to make spontaneous decisions as the acrylic paint rapidly dries. Although Stanley stated that, “life is accidental and so is my art,” he does try to minimize errors by placing limitations for each of his series.

In his series, Untitled Drawings (2012-2013), Tom Stanley restricted himself by using a confined color palette of black and white, uniforming each piece to an identical 47×47 inch square, and requiring that no marks touch the edge. These limitations free him from nominal decisions later, and allow his mind and hands to wander along the blank canvas. The impromptu nature of Stanley’s paintings draws from Abstract Expressionism ideology of allowing the subconscious to make instinctive motions, however the geometric forms harden and ground his canvases to reality. The 2012 series is highly textured due to the sgraffito technique and gives the series a mysterious and chaotic base as the quick mark making is distinctly apparent. The bright white lines float effortlessly in the middle of each canvas and provide a claim to the disarray of scratches, which appear almost animalistic. The abstract nature of the painting allows the carousel of lines to be drifting anywhere in space, but the identifiable shapes of flags, arrows, ladders, and wheels prompt a sense of familiarity. 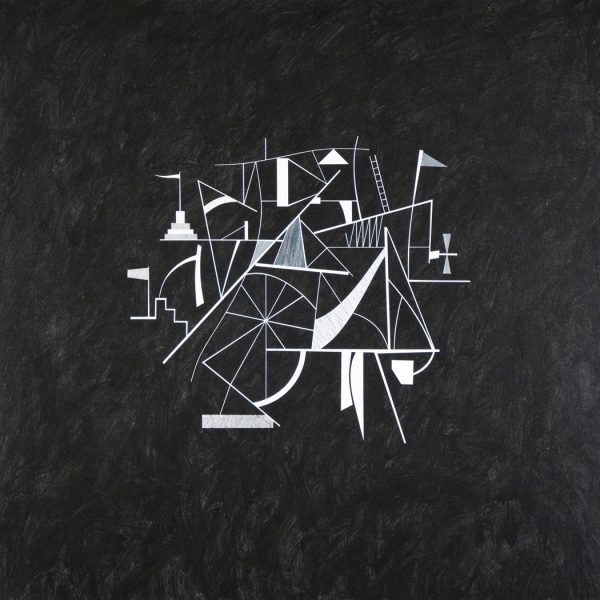 In the 2013 series of Untitled Drawings, Tom Stanley strips away the scratches that had previously given depth to his work. The paintings in 2013 involve larger line making that stretches out to the edge of the canvas. These forms are more geometric and appear almost digitally printed due to the precision and crispness of the stark white lines. While the 2012 series evokes a feeling of floating, the 2013 is more grounded due to the increased use of triangles and angles. The shapes form illusions of ladders and mountains that cause the eye to climb the canvas. 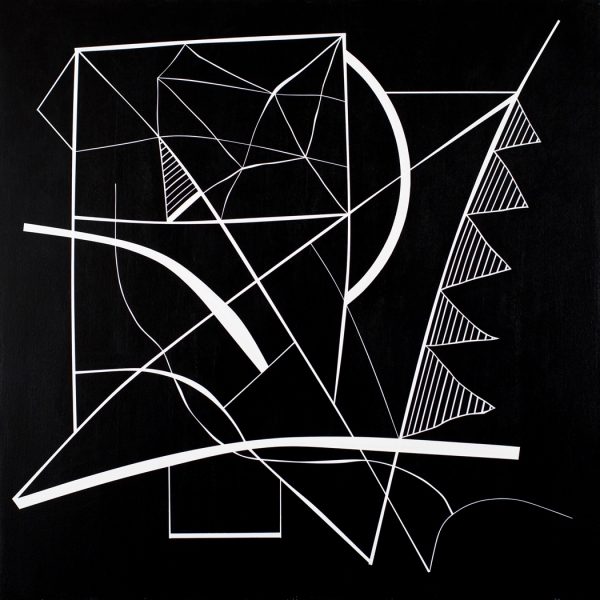 Tom Stanley is very aware of his use of space not only on the canvas, but in how his paintings hang on a wall, which goes back to his industrial background. The series Untitled Drawings are molded within a nook towards the back of the Halsey Institute, where each piece works together to tell a story. The exhibition will only be on display for a few more days. It is something you do not want to miss!