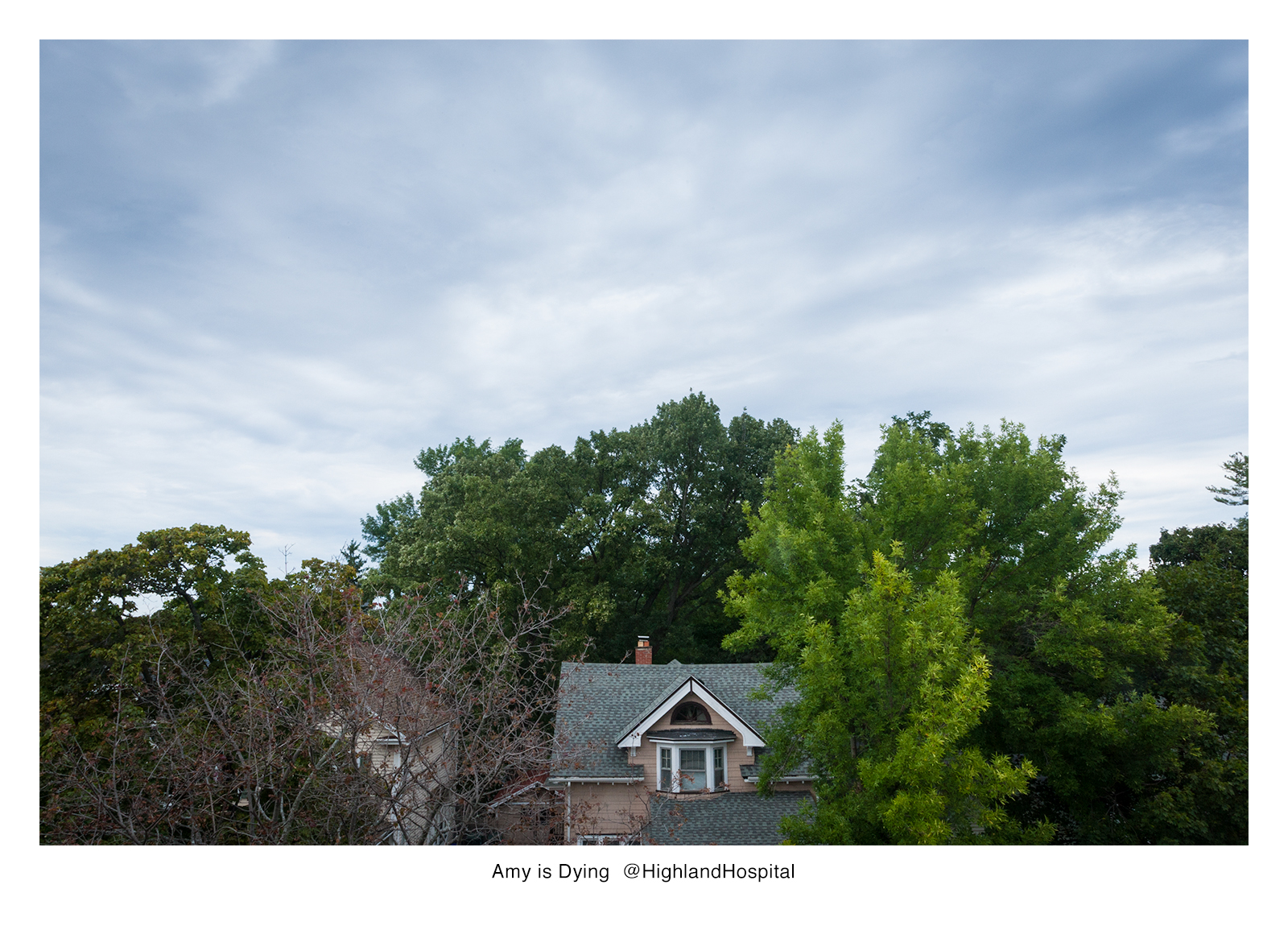 Initially the viewer is presented with the imagery of a landscape, which features a house that is surrounded by trees, followed by the caption, “Amy is Dying”. The viewer might conclude that both this seemingly mundane photograph and the macabre caption are unrelated to each other. Upon closer inspection, there’s one dead tree that is just to the left of the composition that contrasts greatly to the other trees that are saturated with green leaves.

In this case, the tree without leaves could represent Amy herself, who’s at the end of her life cycle, much like the bare tree. The other trees represent Amy’s family members and friends who are watching her final moments in this lifetime. These visual elements  that support the correlation between Amy and the bare tree. Another factor that conveys the melancholic tone is the cold, muted color palette of the photograph, providing a more serious tone. If the average viewer saw this photograph without reading the accompanying caption, the viewer can still comprehend the melancholic tone. The tone may be melancholic but it’s more of a peaceful melancholy, due to the static nature of the photograph.

Although there’s not many visual clues nor any contextual cues on what the house could possibly represent, it still serves a purpose.The house provides an anchor for the whole artwork, allowing the viewer’s eye to be drawn in towards the center of the photograph. The emphasis the house brings to the composition is not lost upon the viewer, the viewer immediately notices the house behind the body of trees.

Overall, the artist duo of Larson and Shindelman are pairing the correlation to the poetically morbid, but beautiful human life cycle to the life cycle of nature.