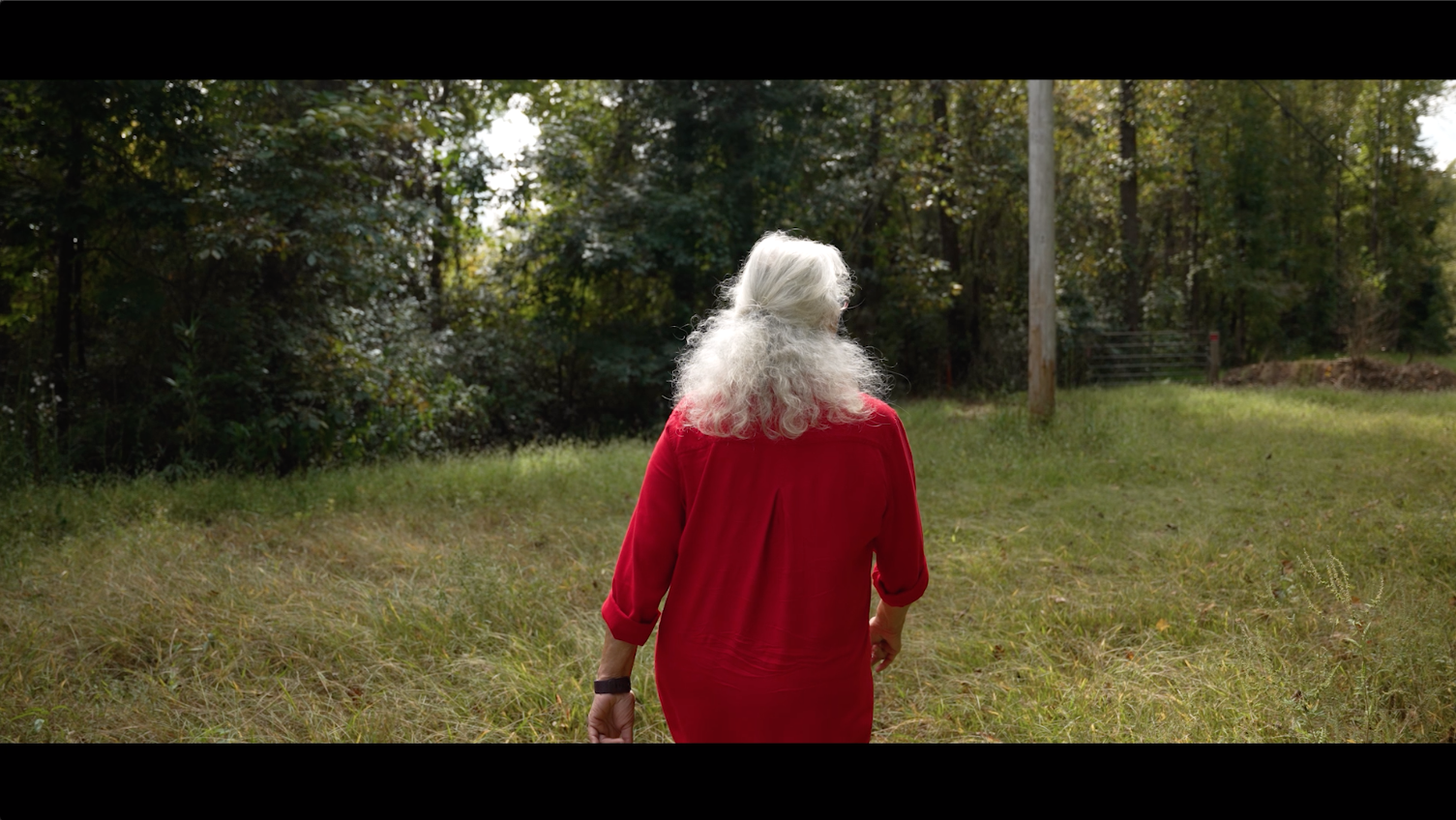 Dyani White Hawk’s LISTEN series features two videos that show the women engaging with cultural activities, which creates a unique experience for the viewer along with the filming locations. As with all of White Hawk’s videography, the videos were filmed on the respective women’s tribal land or only part of what used to be part of the larger areas where their tribes lived before colonization. White Hawk focuses on the natural landscape of the lands as well as the constructions built on the lands.

Leiha Peters – Gëöya’e:s from the Seneca tribe speaks first before transitioning to singing with a child, teaching the language. Beckee Garris – Nya Dapahin Uhri Waharé Memburi from the Catawba Nation sings and recites a poem from a paper. The two videos emphasized the idea White Hawk presents with the LISTEN series, that Native women have been essential to the survival of their languages and culture throughout the colonization of the Native people.

The two videos share one distinctive feature compared to the rest of LISTEN as the subjects are less engaged with directly speaking to the viewer but rather engaging in an activity. Leiha Peters sings with a child to practice the language while Beckee Garris sings and reads a poem. By practicing this, they emphasize that these languages are still very much present in the United States and make listeners aware of this fact. Even without a translation and without knowing what languages are spoken, the viewer still knows what is happening through the women’s body language and life experiences that allow them to know what is happening. It reinforces the theme present throughout the series that we are all connected as human beings, even without knowing the language and a language barrier. It highlights that understanding languages is not needed to have a human connection, to recognize each other’s human qualities and that a language barrier does not prevent viewers from engaging with the work.

Singing and poetry were cultural activities that both women practiced. Even without a translation, a viewer knows it is music and poetry. Language and culture are connected, as one could not exist without the other. As White Hawk says, women have played a crucial role in preserving native languages throughout colonization. These two videos show the intersection of the ideas that cultural activities have survived through women such as Leiha Peters and Beckee Garris practicing them while immersing listeners through the arts to further drive home the importance of White Hawk’s work.