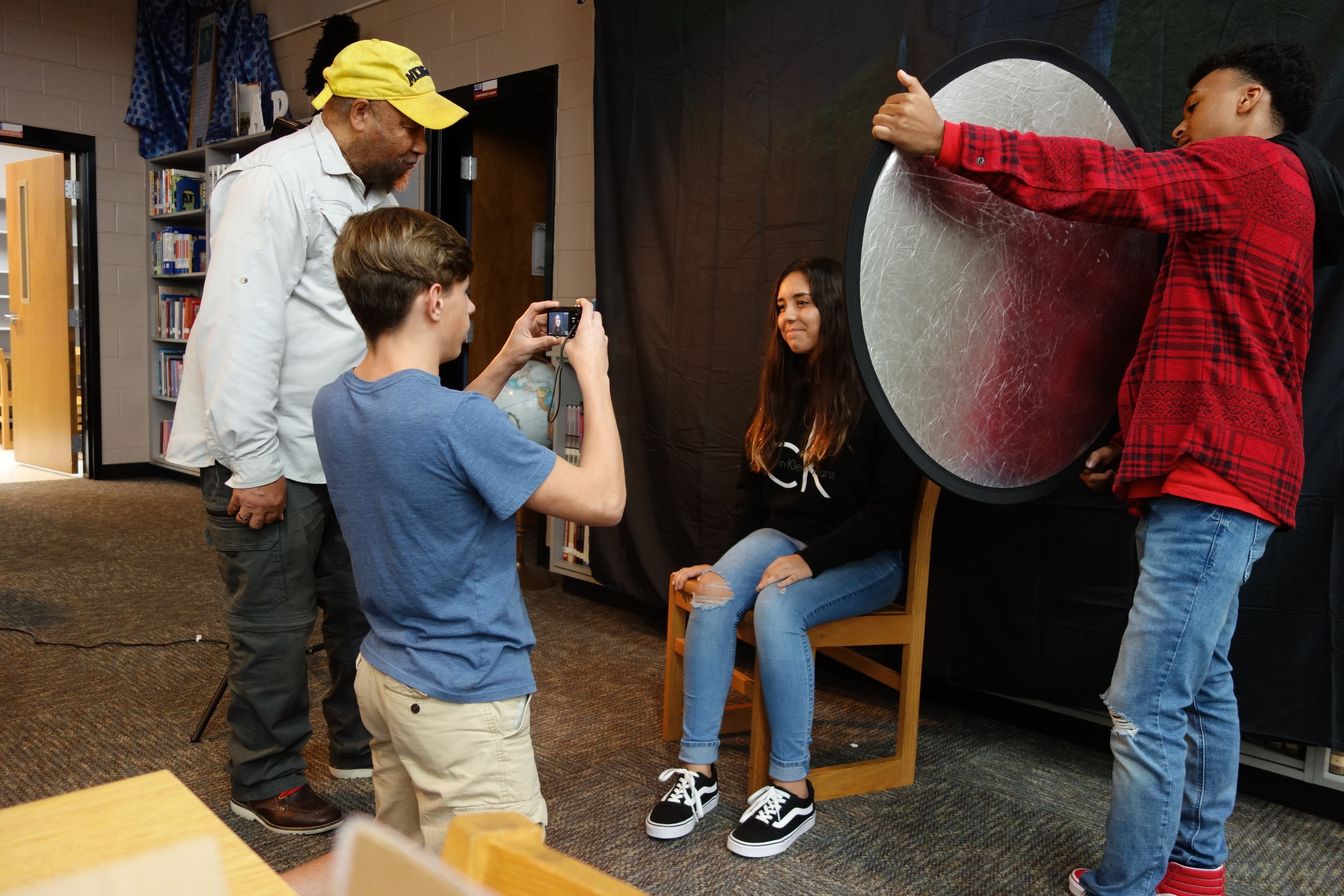 This post is the fourth in a five-part series by Dr. Mary Trent, College of Charleston instructor in Art and Architectural History and Southbound project contributor, that highlights the extensive K-12 outreach program correlating to the Southbound project, Capturing #MySouth.

Titus Brooks Heagins believes in the power of photographs to challenge expectations. Heagins is a documentary and fine art photographer who lives in Durham, North Carolina. In much of his work, he photographs individuals who live on the margins and are often ignored or stereotyped by middle- and upper-class society: the poor, sex workers, heavily tattooed individuals, drag queens, and migrant workers, among others. Heagins is sensitive to the representation of these largely disempowered individuals; he works hard to approach them openly and with compassion in order to connect to their world to “create an image that is in some way reflective of their reality and experiences.” Photographs, he says, can defy preconceived external expectations to instead open up possibilities. Possibilities, he says, are something few people make room for in their life narratives: “I try to say visually that people’s lives are about possibilities; that they can have possibilities.” Photographs, for Heagins, can conduct social work. They are very powerful and can shape public policy and change lives, even if most people today tend to think of them as simple snapshots.

Heagins shared these empowering beliefs recently with students from three different Lowcountry middle and high schools as part of the Halsey Institute of Contemporary Art’s current large-scale educational initiative: Capturing #MySouth. Heagins showed examples of his photographs to the students and told stories about the people represented and the relationships he developed with his subjects. Heagins uses his own perspective, having grown up poor and African American, to relate to students and to encourage them to think outside of social preconceptions and to instead be open to alternative possibilities. Heagins describes his process of meeting with students:

When I go into schools, I try to think about where I am, who they are, what their lives may be like at home and in these schools.  I try to find a way to connect with them that may give them something that may open up (now or later) that there really are other things that you can do with your life.  That you are about more than what people typically think you’re about.

Heagins demonstrated this specifically when a discussion arose during his visit about his images of sex workers. Poor, white, and rural, these women defied the students’ preconceptions about what type of women walk the streets. Heagins also talked with the students about an image of a white victim of domestic abuse. With these photos, Heagins showed the students that “these are people worthy of photographing.”  He and the class were then able to have a sensitive and thoughtful discussion about ways that women of all racial and class backgrounds can suffer in society and how people can be forced into situations because of experiences. Heagins states this is “not something that’s always talked about in these communities,” noting that some of the students in the class may have been confronted by these experiences in their neighborhoods and even in their homes but may not have been able to talk about it with others.

At two of the three schools he visited, Heagins was able to take portraits with the students and speak to them about his process. He emphasized the intentionality of good photographs, the importance of being aware of what is in the frame and making certain that everything that is there is what they intended it to be because all of those things are part of what is telling the story. At Burke, he took the portrait of one young man and said to him “You’re beautiful.” The other students laughed and Heagins took this opportunity to speak about how rare it is for one black man to tell another that he is beautiful: “I wish that when I was 15 or 16, someone had said to me ‘You’re beautiful, You’re smart, you have potential,’ but there weren’t that many people who said that to me.” In this instance, Heagins yet again used photography to break down barriers and open up possibilities. Heagins’ photograph of the young man, James, is a captivating image of the young man. Tilting his head in a pose of somewhat suspicious acquiescence, he communicates the vulnerability of adolescence and the self-protective mechanisms–including disengagement–that one may develop to shield oneself from the misunderstandings of others. 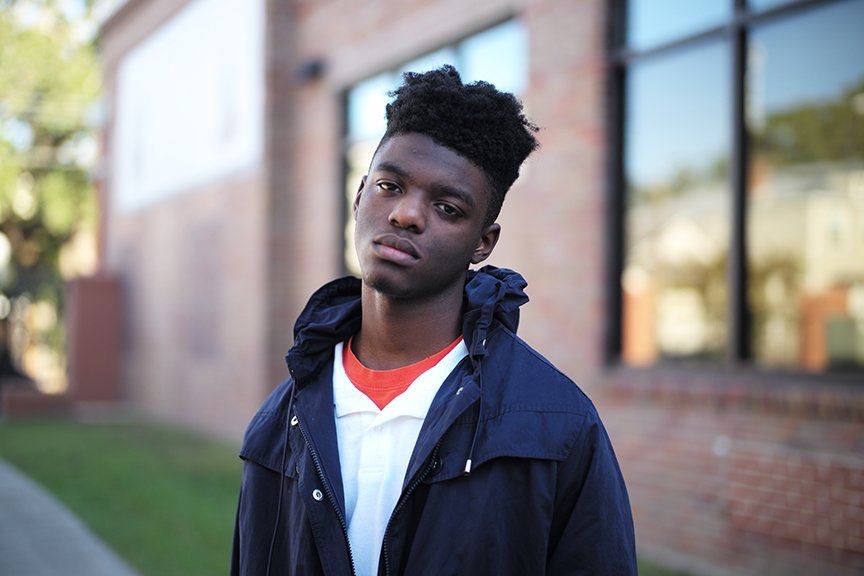 After Heagins’ class visit, the students then had an opportunity to visit the exhibition of photographs on display at the Halsey and the City Gallery at Waterfront Park: Southbound: Photographs of and about the New South. Heagins then reconnected with the students after they had had the opportunity to exercise what they had learned by taking photographs on their own with the cameras provided by the Halsey.  He spoke with each student about his or her photographs and saw several examples of works that had clearly been inspired by photographs in the exhibition. On the phone, Heagins asked them what they want to do with their lives, what they’re interested in, and offered himself up as a resource for those who could use him. He enjoyed the project and asserts that he finds it interesting to talk with young people: “I think most young people don’t think old people have lives in any way similar to theirs…I try to show them that there’s relevance in relationships that cross those timelines.  [Their] handheld device is not most important thing in their lives.