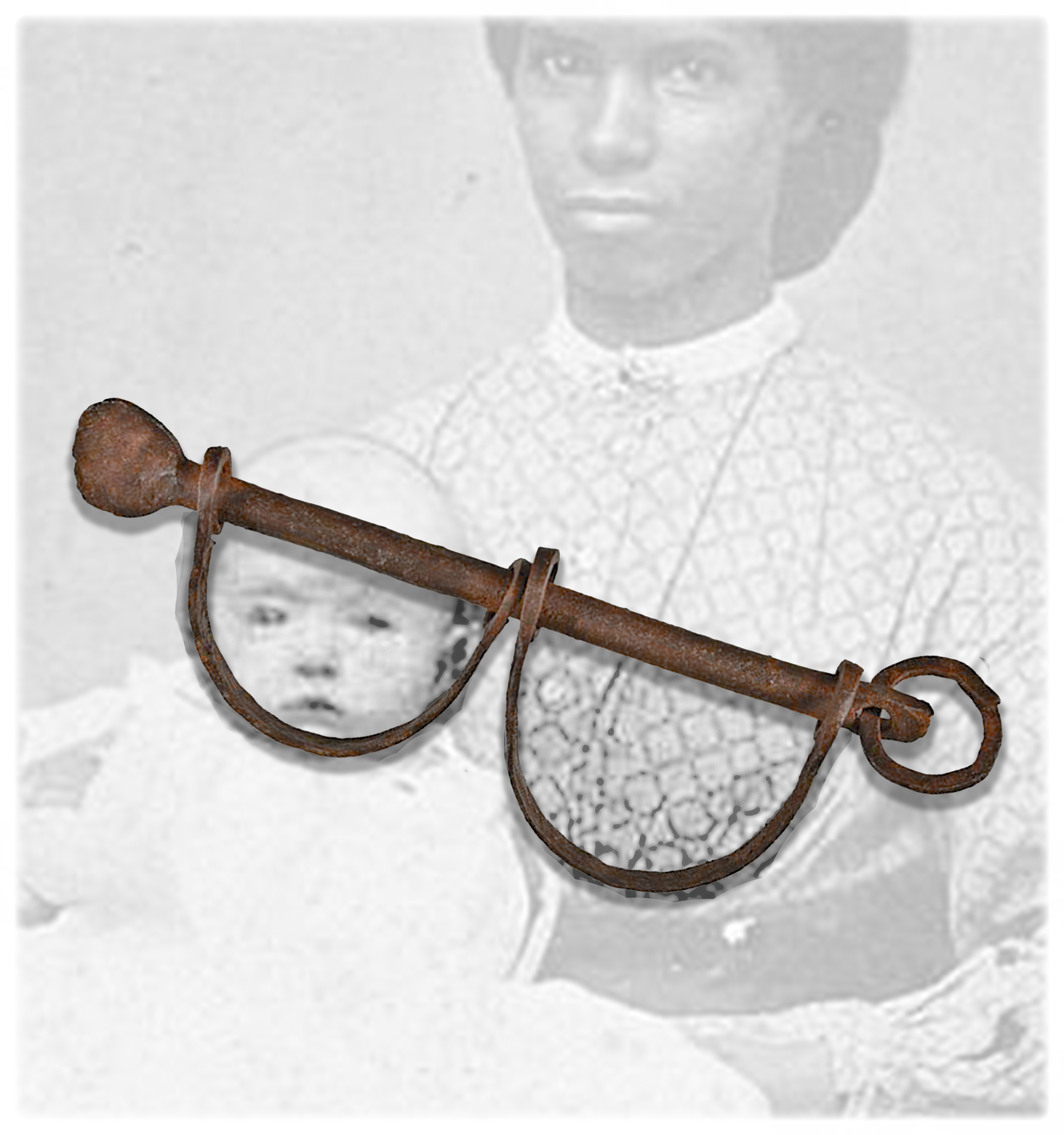 Katrina Andry’s work, Mammy Complex: Unfit Mommies Make for Fit Nannies, and Colin Quashie’s Blactose Tolerant explore contradictions within our cultural conception of Black motherhood. As the first works that greet the audience in the exhibition, these images introduce the show with probing questions of how Black motherhood is understood. While the rest of the artists’ images branch off into distinct forms of analysis, the preliminary line of questioning introduced in the show pertains to a contradictory dualism, or as Andry calls it, a “Mammy Complex.” Black women in America have historically served as caretakers for white children while being perceived as incapable mothers for their own children, a stereotype that persists today. Whereas Quashie constructs a historical comment on the link between the nurturing of white children and the figure of the Black nanny with superimposed images, Andry explores this issue in a contemporaneous context far more indirectly with narrative woodcut prints.

Blactose Tolerant focuses on the historic role of the Black woman as a caretaker and a “mammy,” rather than a mother in her own right. Quashie layers an image of shackles used on enslaved people onto an image of a Black woman with a white infant on her lap. The shackles frame the woman’s breasts and the infant’s face. This composition, along with the title of the work, speaks to the labor of enslaved Black women as caretakers of white children in American history. Quashie uses the symbol of breastmilk to demonstrate how the forced maternal labor of Black women called upon them to act as caretakers to nurture those who would ultimately perpetuate their enslaved status. Further, this image alludes to the trivialization of Black women as mothers in our culture today, speaking to the unexamined contradiction of the “unfit” mother, but the “fit” nanny to white children. 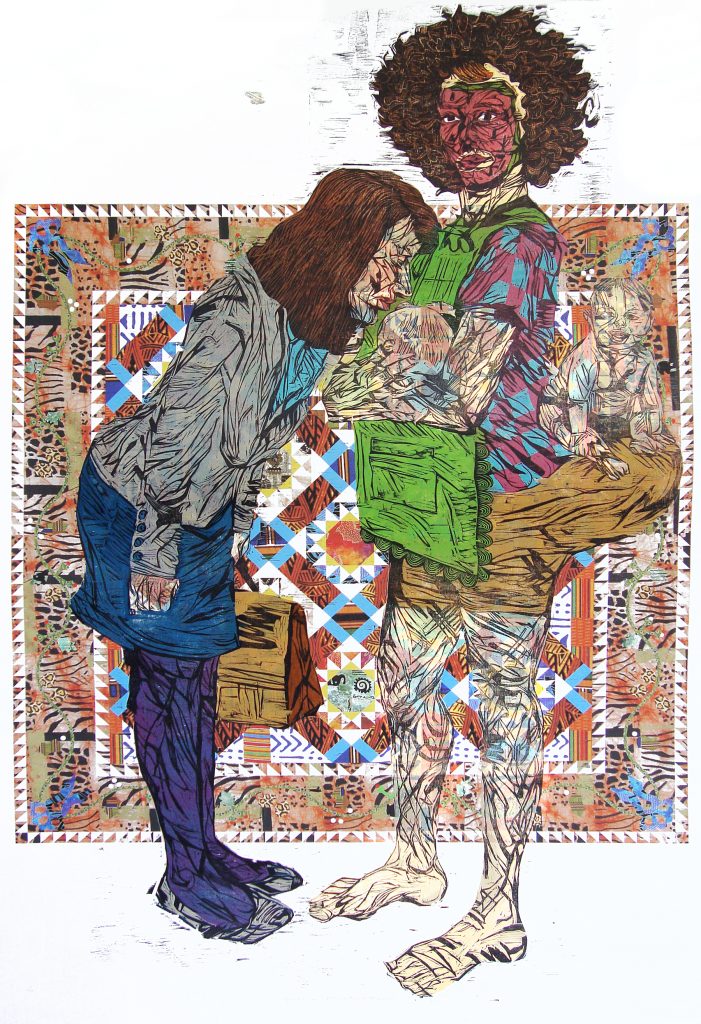 This is the issue that Andry expands upon in Mammy Complex: Unfit Mommies Make for Fit Nannies. Andry’s work uses a system of symbols to create a pseudo-narrative about the stereotypes of Black motherhood in contemporary language, rather than Quashie’s historical approach. Setting up a stage, Andry portrays her actors in costume, asking the audience to wonder why they appear the way they do, and what roles she has cast them in. Strikingly, the main figure that engages the audience is a white woman. As a work that states that it explores Black motherhood, it is strange to us that this figure is white. However, this strangeness of a white figure with “watermelon face” serves to transform the subject of the print into a surrogate for a Black body and its stereotypes. Andry substitutes the contested body for one culturally assumed to be unproblematic, so as to provoke productive reflection about our conceptions of women’s bodies when seen through the delineating lens of race.

This theme, of presumed associations of the Black body with motherhood, is explicitly stated in Quashie’s work and expanded upon in Andry’s. Whereas Quashie contextualizes forced maternal labor in the broader story of Black people in America, Andry’s prints are generated from the understanding of this narrative contemporaneously.