Audubon as artist and naturalist 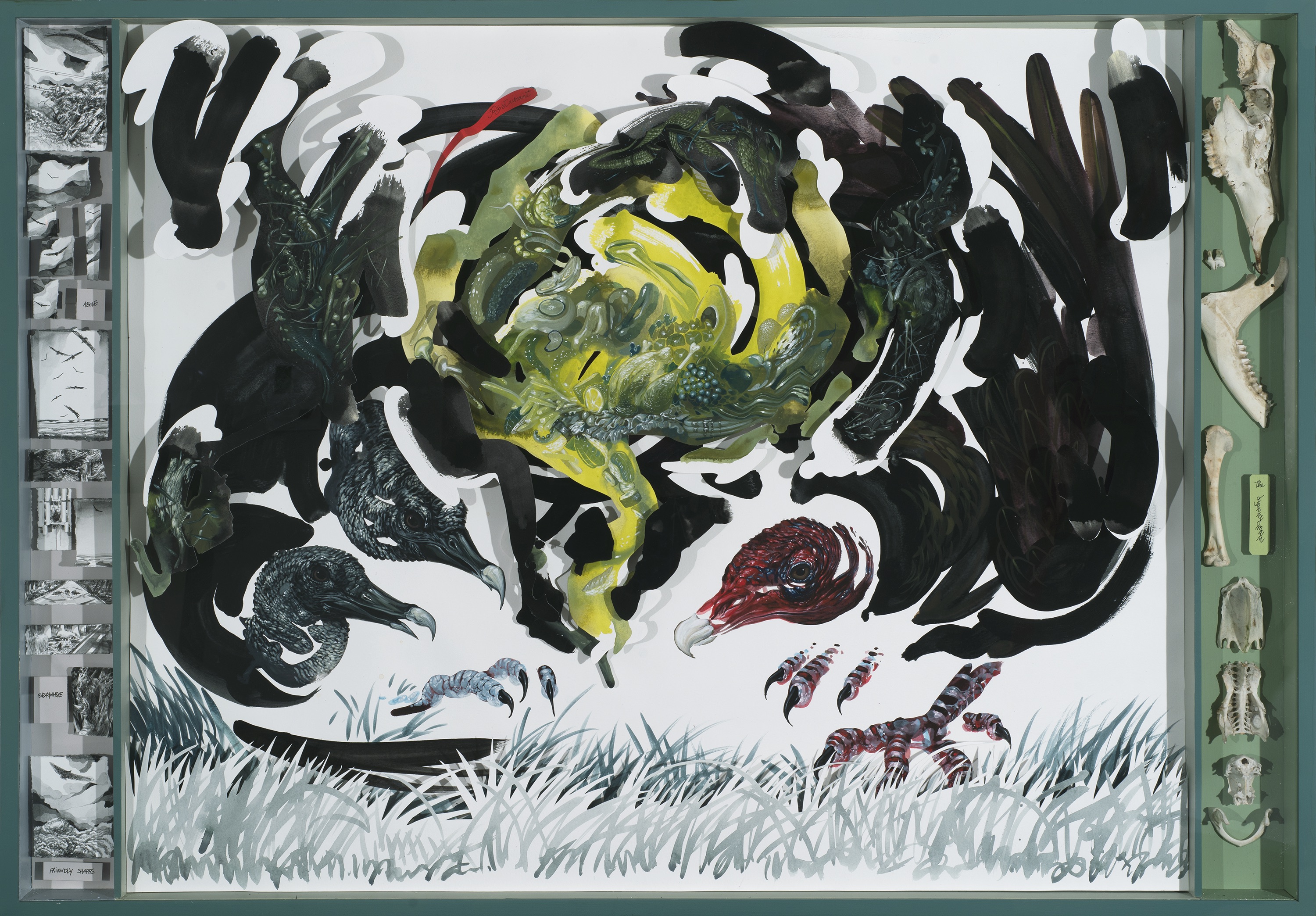 The Halsey Institute is pleased to present the exhibition The Image Hunter: On the Trail of John James Audubon, featuring new work by the Italian artist Hitnes. The exhibition is a culmination of The Image Hunter project, in which Hitnes retraced Audubon’s travels in the United States and created work during a residency in Charleston, SC.

John James Audubon spent the early decades of the nineteenth century tracking birds and drawing them with the goal of creating a compendium of all of the birds in the United States. Charleston played an important role in Audubon’s work as he kept a studio here in the home of his friend and fellow naturalist John Bachman. Audubon searched for specimens on the Sea Islands off of Charleston’s coast, and he even included the city’s distinctive skyline from the 1830s—replete with church steeples—in his drawing of the long-billed curlew.

Nearly two hundred years later, the Italian painter and muralist Hitnes embarked on a twenty-city road trip to retrace and rediscover the America that Audubon traversed in the making of his opus The Birds of America (1827–38). Traveling along Audubon’s exploratory routes, Hitnes sketched and painted what he saw, creating an updated visual documentation of the birds Audubon painted.

As a naturalist, John James Audubon was responsible for the discovery of many North American birds. He was a trailblazer in his scientific findings, as well as in his approach to drawing from life. Audubon was exploring the United States and documenting birds that no one else had documented. Every new chirp or song could signal a new bird, a species no one had ever recorded or possibly even seen before. There are, in fact, several birds painted and explained in The Birds of America that are not actual species. Some are female birds that look different from the males, others are immature birds mistaken for new species. For example, Audubon’s “Washington Eagle” was probably just an immature bald eagle.[1] So even if his science (understandably) had its errors, Audubon’s artwork is flawless. 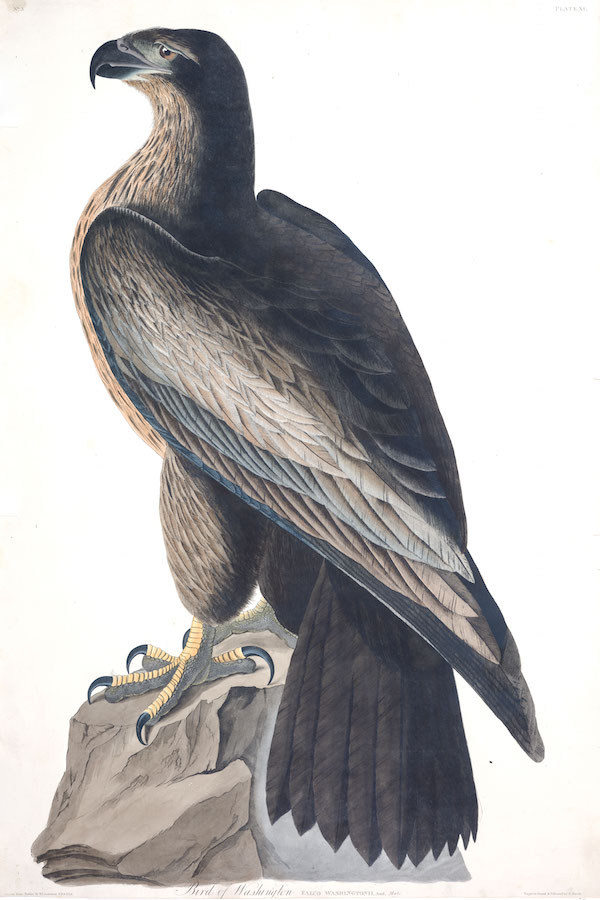 Prior to Audubon, bird paintings almost always looked like the stiff museum specimens used as models. It is not surprising, then, that Audubon’s lively and interesting work set the precedent for naturalist art to come. Audubon was adept at depicting birds in their natural habitats, which is now the understood as the status quo. Printing the birds life-size in his well-known Birds of America was a massive undertaking, using large and expensive “elephant paper,” and requiring each of the 435 prints to be painted by hand.

He made a name for himself with The Birds of America, but what really established Audubon’s role as a scientist and a writer was the written companion that followed, titled Ornithological Biography. This writing was not as dry and purely scientific as one might imagine. Audubon described the mating habits, migration patterns, and behaviors of the birds he drew, all while using eloquent and thoughtful prose. Nature writer Scott Russell Sanders claims Audubon’s prose is a constant source of inspiration: “We are all familiar with Audubon the painter,” Sanders writes. “Reproductions of his vivid birds and beasts hang in our courthouses, lie in slick books on our coffee tables, decorate our bedrooms and greeting cards… But Audubon was also a writer, and a remarkable one.” [2]

Audubon’s passionate prose serves as further proof for his artistic merit; not only was he finding birds to document and discover, he was searching for meaning on his trail. Just as he does in his writings, Audubon the visual artist thoughtfully represents the personality of the birds he sees. And, those drawings were life-size. On the drawing board, he plotted a grid to help him nail down accurate proportions. By combining this with the image of the living bird, Audubon created paintings that brought the birds to life. But, the artist in Audubon was not only looking to document birds. It was from intense observation in nature that Audubon found and expressed meaning.

Audubon once said, “In my deepest troubles, I frequently would wrench myself from the persons around me and retire to some secluded part of our noble forests.”[3] Audubon is a source of inspiration to artists like Hitnes, who followed his trail and created his own imagery of the birds which Audubon was inspired by. Audubon’s legacy lives on in his work and in the work of the artists he has inspired.

Audubon and the Lowcountry
Focus on a photographer: Kyle Ford