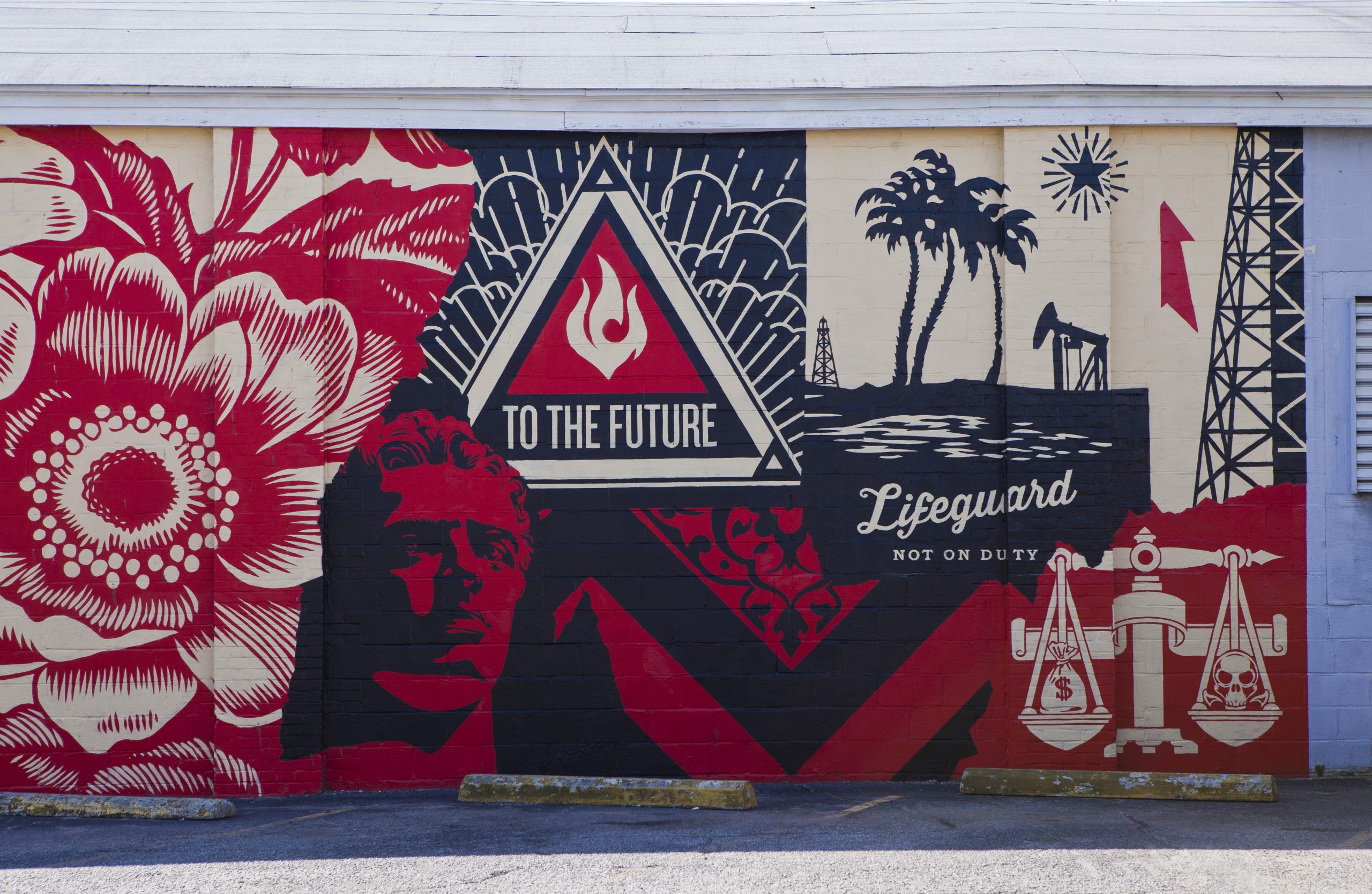 Charleston native Shepard Fairey created murals all over the city during his exhibition The Insistent Image: Recurring Motifs in the Art of Shepard Fairey and Jasper Johns. Places include College Lodge on the College of Charleston campus, the Francis Marion Hotel, and Sottile Theatre which has been part of the Spoleto Festival USA every year. Fairey is known for his contemporary street art and became widely known during the 2008 U.S. presidential election with the Barack Obama “Hope” poster. Through his art, Fairey is able to express his social activism as well as political activism with the street art movement. With the use of words intertwined within the art, politics are questioned and peace is promoted. 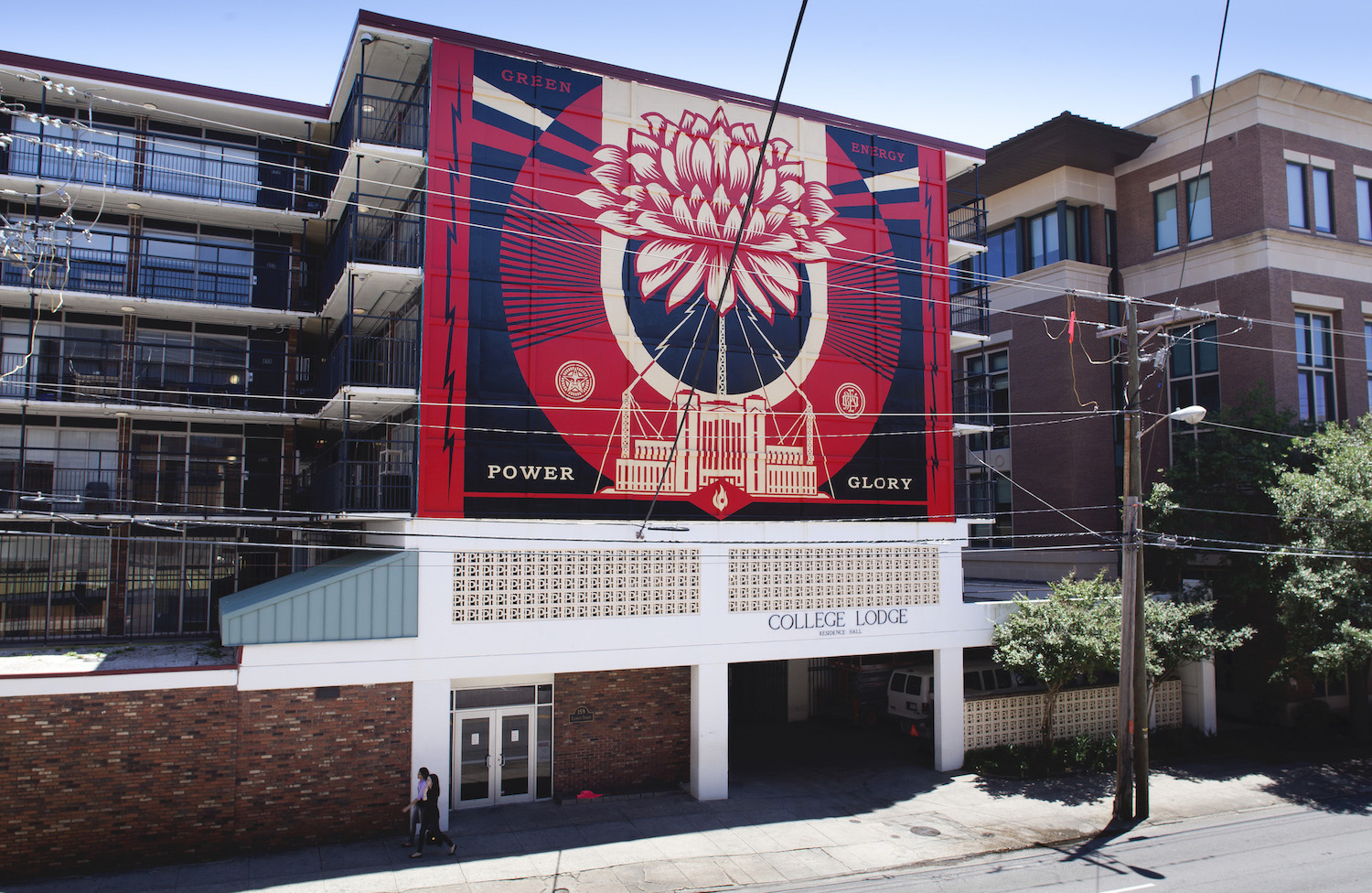 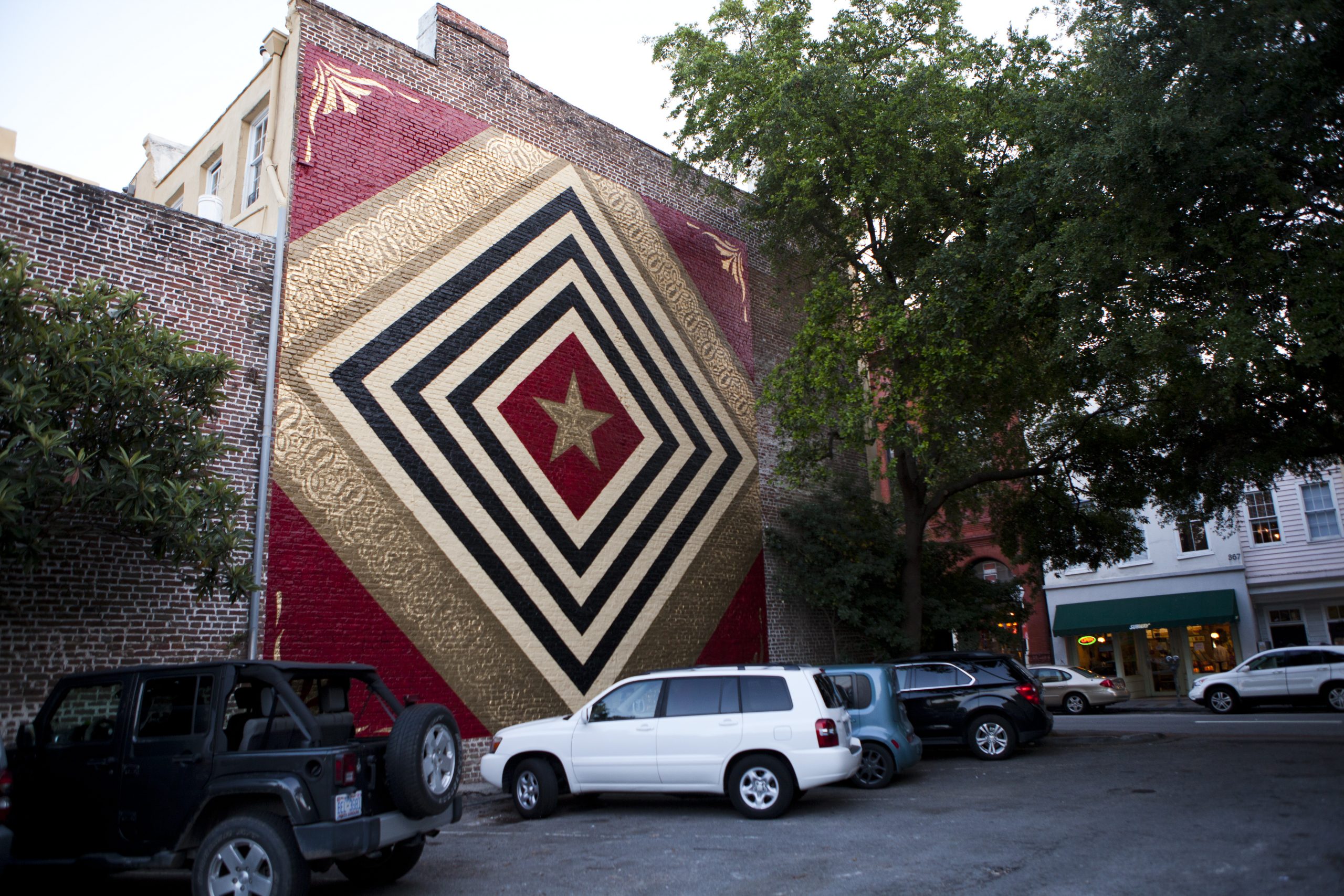 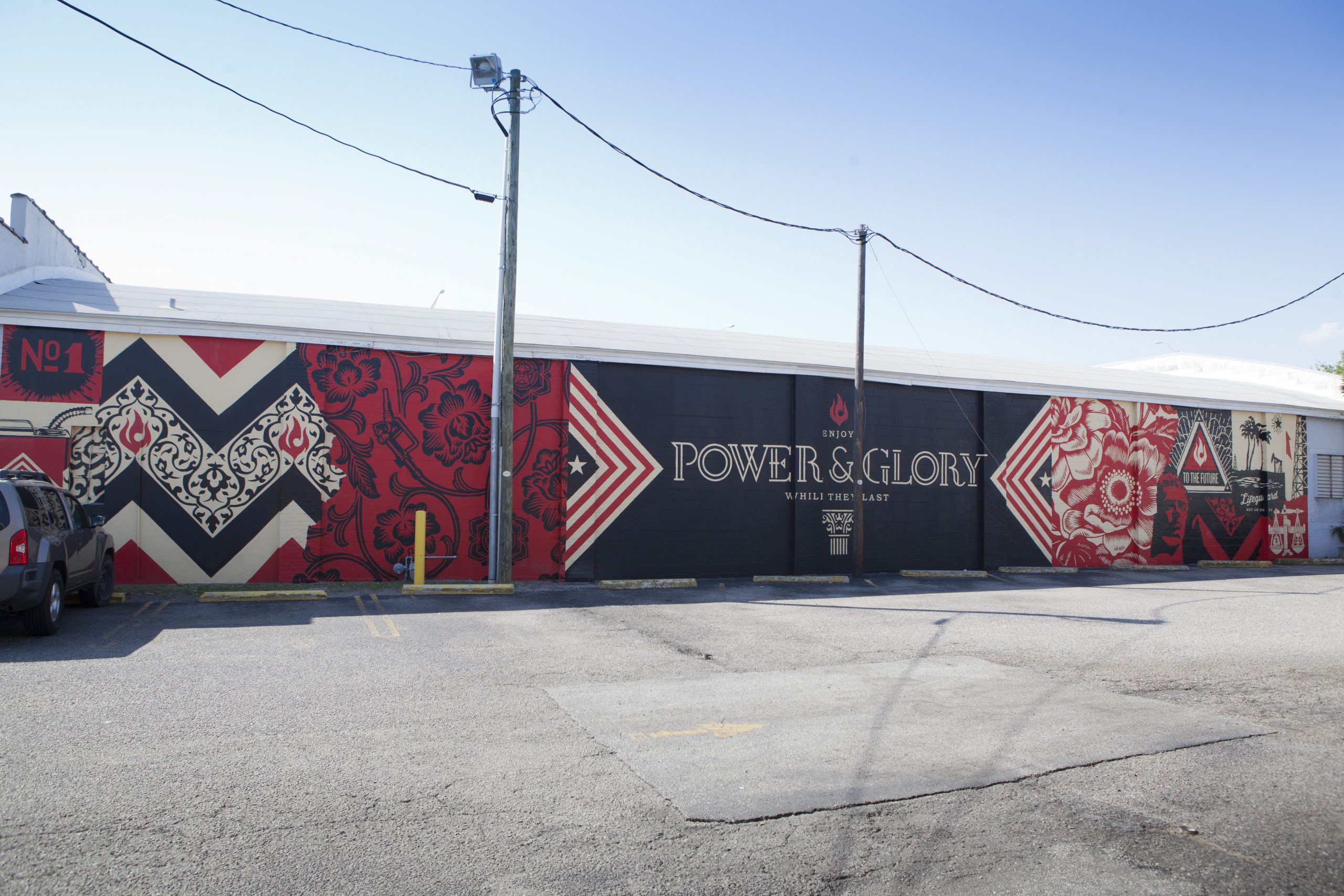 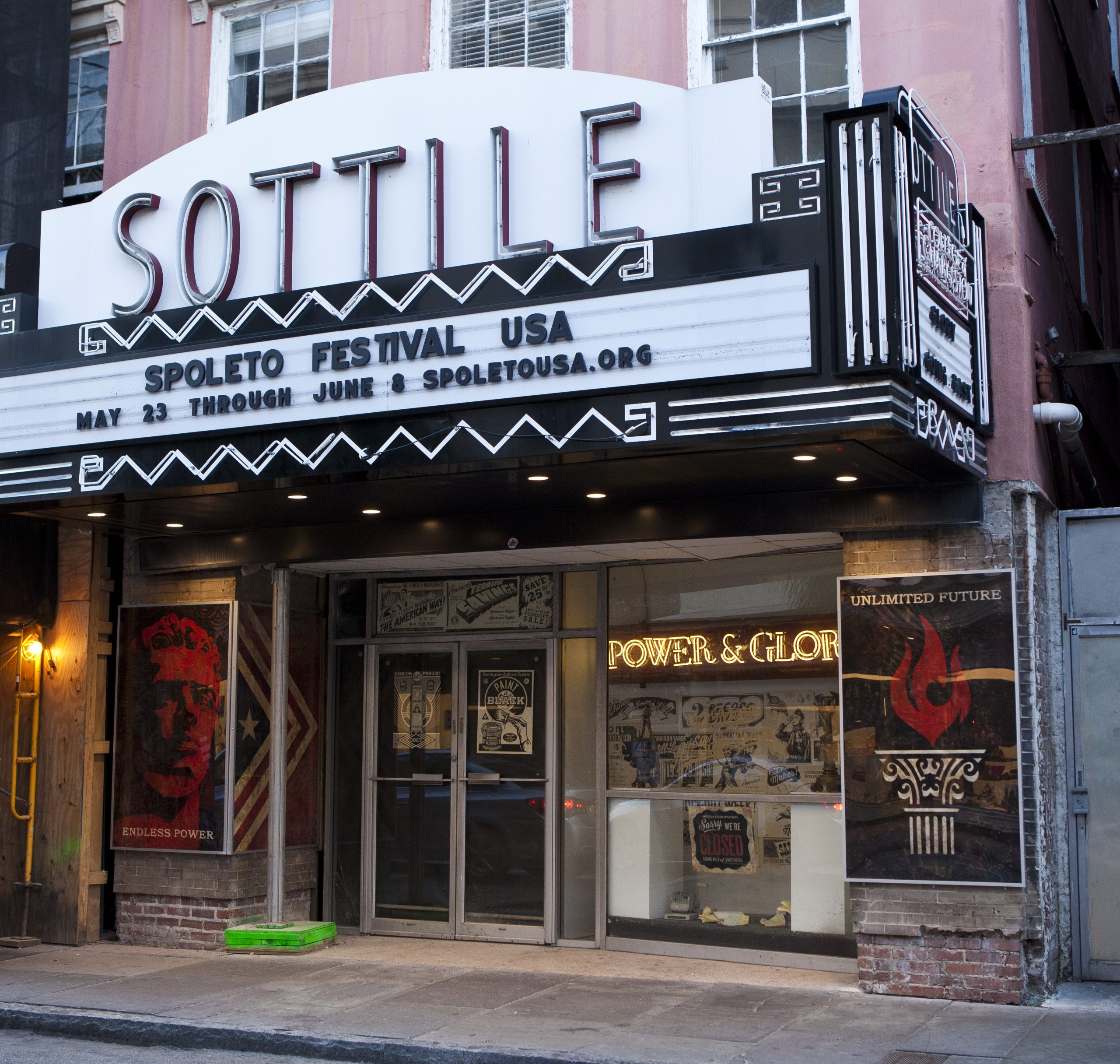 Sottile Theater, College of Charleston, 44 George Street (the installation is no longer there) 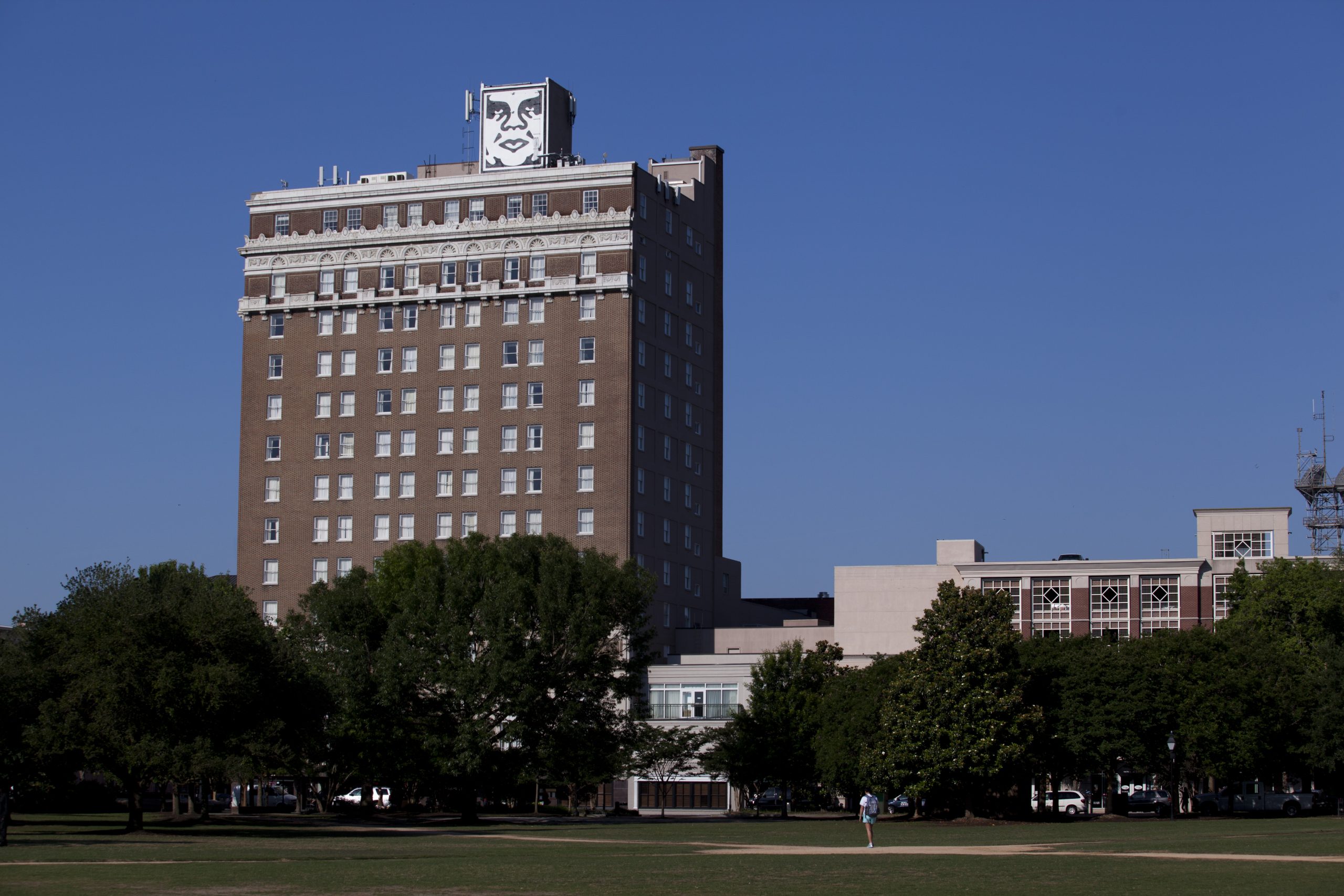 Francis Marion Hotel, 387 King Street (the mural is no longer there)