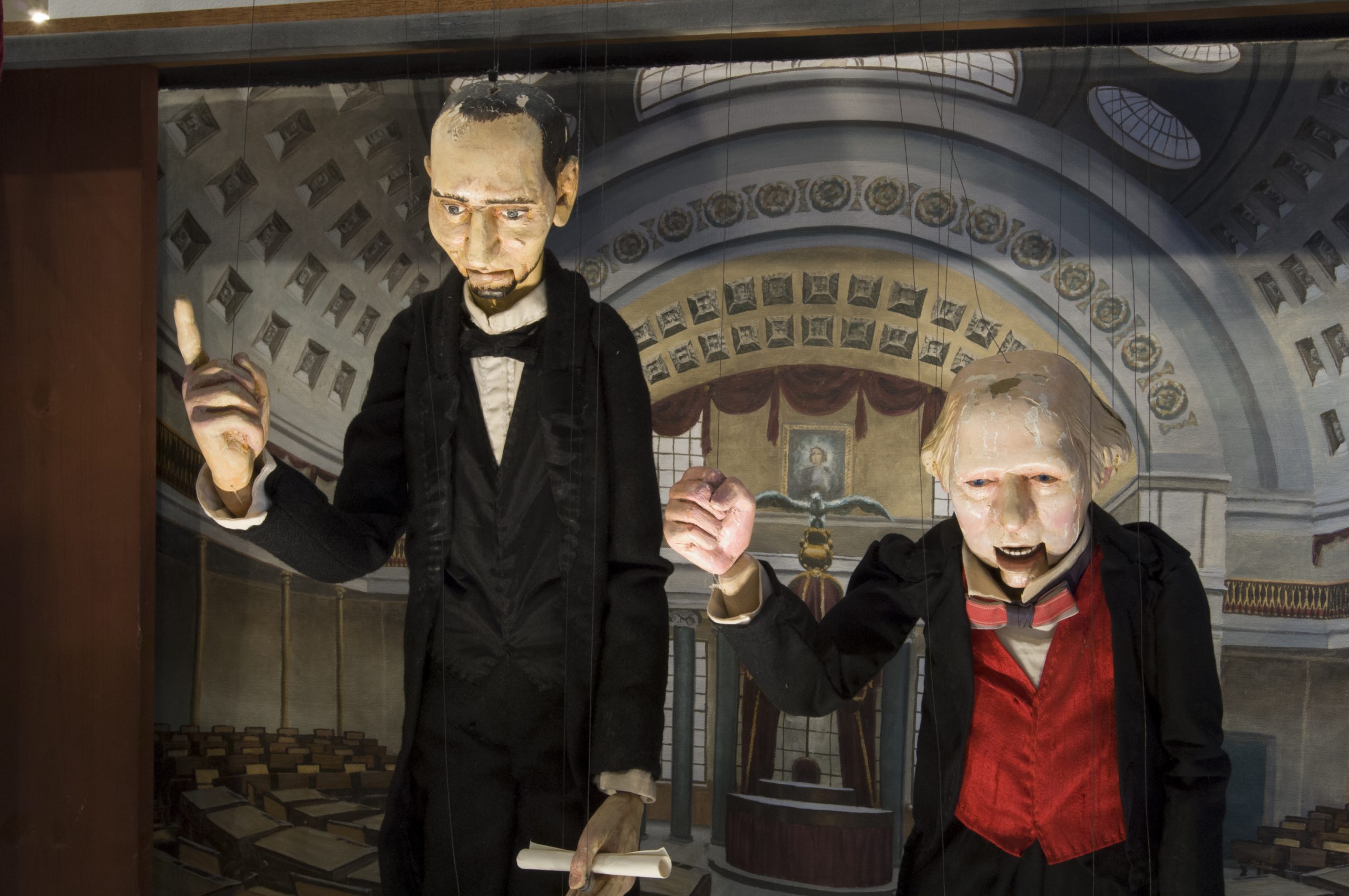 In The Paternal Suit: Heirlooms from the F. Scott Hess Family Foundation, the artist F. Scott Hess has created several objects that purport to be actual items passed down from generation to generation in his family. Upon closer look, it becomes apparent that many of the items are absurd, manufactured objects, blurring the line between what is real and what is lore.

To learn more about and see some of these objects, check out the video of the artist talk Hess gave during the exhibition here: 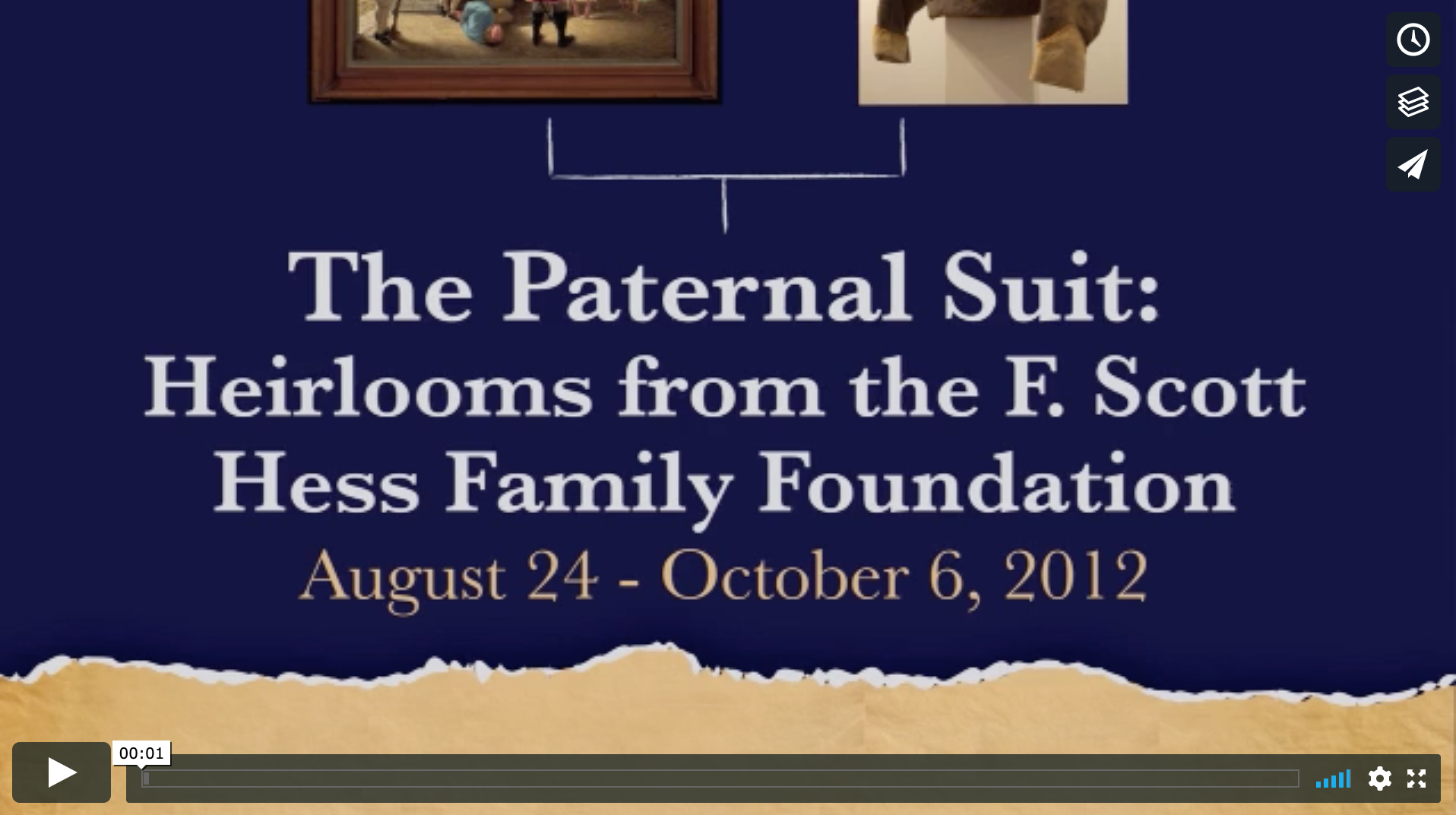 It was used by Puritan Thomas Osgood to keep boys in line during 3-hour sermons in Massachusetts. After smacking children, the stick would leave the word “impenitent” imprinted on the skin.

A child who was acting up would sit in the cage, be strapped in, and put in blinders so they could only see the teacher.

Senator Alfred Iverson of Columbus, Georgia, was a lawyer for a land company that defrauded indigenous people out of 10 million acres of land. His second wife was the daughter of President Jackson’s secretary of state, opening doors for him to join the House of Representatives in 1847. Though a Confederate supporter in the Union congress, he was beaten in running for Confederate senate. This is the horn he used to disrupt the Democratic National Convention in Charleston.

One of the worst generals in the war, Iverson was fired by Robert E. Lee because of Gettysburg. He was sent to Georgia to form a cavalry, facing Sherman after Atlanta. He later moved to Florida where many other Confederate veterans had relocated. They kept their memorabilia in the attic of a bull farmhouse. The gasses released by the bulls combined with Florida heat and humidity cause the natural fibers to swell dramatically.

Artist Naomi Hutchins Washington’s grandparents were enslaved by the F. Scott Hess’s great-great-great grandfather. She started painting plates in her husband’s restaurant. She had a white woman lover (reported to be Eleanor Roosevelt). Her plates tells the story of her family’s journey to freedom and the story of the plantation.

He moved his family from Mississippi to Missouri in 1856 and commissioned a painting to commemorate the move. His son was a “bit of a loser in many ways.” He went off to Texas to report for a New York newspaper and became a drunk. He returned with a Texas emergency supply kit containing a gun and a whiskey bottle.

The Paddle Racket by William Simons

It was made as a joke for the artist’s grandfather who was an avid tennis player but never practiced, preferring to go to Canada and canoe. At his stag party, a friend made him the paddle racket as a joke, but everyone loved it so much that her started making more. He became a pioneer in the Dada movement and befriended Marcel Duchamp. He was tragically killed by a falling urinal at a museum.