An entirely virtual exhibition, 10/10: Reflections on a Decade of Exhibitions celebrates ten years of exhibitions, partnerships, and programs produced in the Halsey Institute of Contemporary Art’s current gallery space inside the Marion and Wayland H. Cato Jr. Center for the Arts at the College of Charleston. We are spending summer 2020 taking a look back on the adventurous artists we’ve hosted and projects we’ve produced in that time. Over ten weeks, we will be taking a deep dive into each year, featuring blog posts on exhibitions, interviews with artists, and other explorations into the Halsey Institute’s past. This week we are profiling our exhibitions from the year 2011. 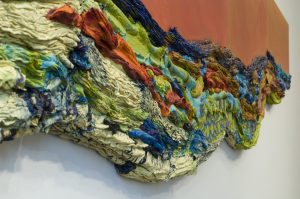 In May, the Halsey Institute presented Winter Stories, featuring Italian artist Paolo Ventura. The show offered several large-scale photographic images of skillfully crafted miniature vignettes. The images evoke the sweet melancholy of an earlier era, but remain timeless in their ability to resonate with contemporary audiences. 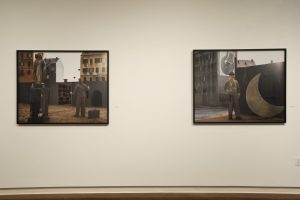 At the same time, we presented Kcymaerxthaere by Eames Demetrios. With this show, the artist contributed to his project called Kcymaerxthaere, an epic, three dimensional novel and the world’s largest public art project. As part of the show, Demetrios installed permanent historical plaques around Charleston, including one at the bottom of the Charleston Harbor. 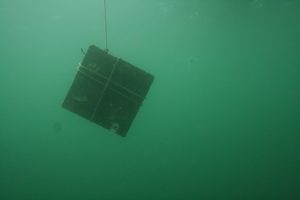 Eames Demetrios, Kcymaerxthaere, 2011. Documentation of a historical plaque being installed in Charleston Harbor.

In the fall, the Halsey Institute opened Steve Johnson: From the Ground Up. A member of the College of Charleston’s Studio Art faculty, Johnson presented several large-scale drawings that explore our relationship with nature. The artist also created a site-specific installation for the exhibition. 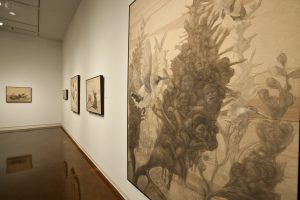 Along with Johnson’s show, the Halsey presented Bob Ray: White Days Unswallowed. This exhibition featured a wide range of works, including painting, drawing, and installation. As part of the show, Ray performed music on the guitar—check out the video of his performance on our website. 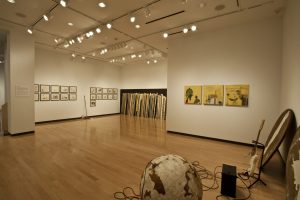 In the fall, we teamed up with the school of science and mathematics at the College to present From the Moon: Mapping and Exploration. Located in the new science building at the time, this show explored our visual perceptions of the moon. There was also a moon rock there! The Halsey also commissioned a video for the exhibition, which juxtaposes Georges Méliès’s prescient 1902 film Le Voyage dans le Lune with footage from NASA’s trip to the moon. 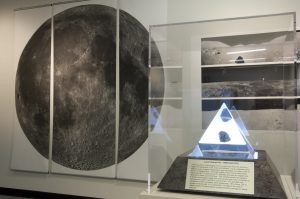 Back in our galleries, we featured the work of two artists, who, working through different media, present visualizations of their lived experience as immigrants. In Migrant Universe, the Halsey showed a body of paintings by artist Tanja Softić. These intricate paintings featured fragments of memories and other vestiges of her own displaced existence. 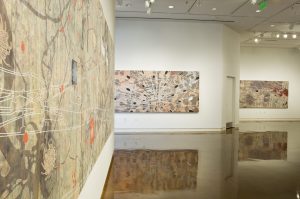 The artist Hamid Rahmanian was featured in Multiverse. This show functioned as an excerpt from the graphic novel The Magnificent Book of M, in which Rahmanian intertwines reality, dream, and fantasy to convey the perspective of an immigrant. 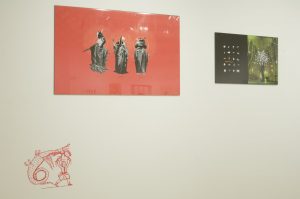